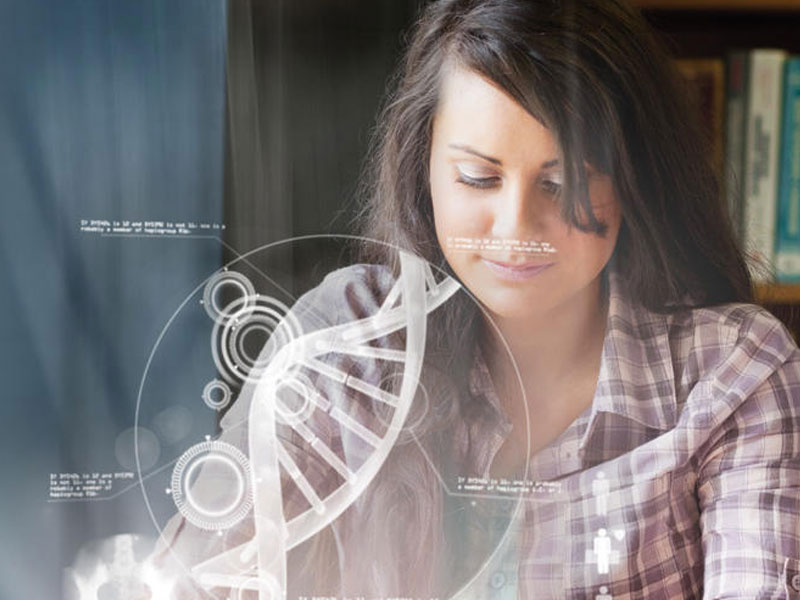 Holographic technology has the potential to bring 3D interactivity to the classroom, enriching remote learning for K–12 students and teachers.

“Hologram” has become a catch-all term for several types of 3D images, from the centuries-old Pepper’s Ghost technique that brought Tupac Shakur to the Coachella music festival in 2012 to even newer representations that boast lifelike interactivity.

Technically, they’re not all holograms, according to Paul Christie, founder and CEO of Liti Holographics. But these advances do hold promise for education, including remote teaching, classroom simulations and make-your-own hologram kits.

K–12 schools, colleges and other organizations have used kits from LitiHolo, a division of Liti Holographics, to help hundreds of students make their own holograms, says Christie.

“We feel like we’re helping to grow the next generation of hologram engineers, artists and entrepreneurs through those kinds of educational tools,” he says.

While the back-end technologies may differ, holograms and hologramlike images are advancing toward a future in which remote collaboration may be richer and far more immersive than videoconferencing alone.

About a year ago, Professor Steve Limberg of the University of Texas at Austin taught his executive MBA students as a live, 3D image. He says the experience was much closer to teaching in person.

“My virtual presence in the classroom enabled me to see the room as I would normally see it if I’m standing in front of a class,” says Limberg. “I could see if students were distracted or if they wanted to get my attention. All those nuances you see in a classroom could be captured from my perspective.”

Video can’t always capture body language, yet educators depend on it to gauge students’ comprehension and engagement. That’s just one of the ways in which online teaching posed a challenge during the pandemic, according to the Center on Reinventing Public Education.

UT Austin’s initiative — a partnership between the McCombs School of Business and Austin-based Contextual Content Group — took place during the pandemic. Limberg taught in a studio about a mile away from his classroom, in front of two large monitors that streamed live video of his class. A third monitor held Limberg’s visual teaching materials.

When a student had a question, Limberg’s image physically moved to the left or right side of the room to respond. During class breaks, students could approach him for informal conversation, just as they would in person.

“It just adds a lot more realism to the contact I was having with students,” Limberg says.

For K–12 schools, holographic technology might go beyond remote teaching to include 3D remote guests and virtual field trips, as well as new types of instructional content. In 2018, for instance, Imperial College Business School in London brought holographic speakers to its “Women in Tech: The Inside Story” event.

Last May, Google announced Project Starline, which combines several technologies, including computer vision, 3D displays, machine learning and real-time compression. The result: Two people, each sitting in a specially equipped booth, can sit “face to face” and converse as if they were physically together.

Notwithstanding Dennis Gabor’s 1971 Nobel Prize for the invention of the holographic method, Liti Holographic’s Christie says hologram technology is still in its infancy but has a bright future.