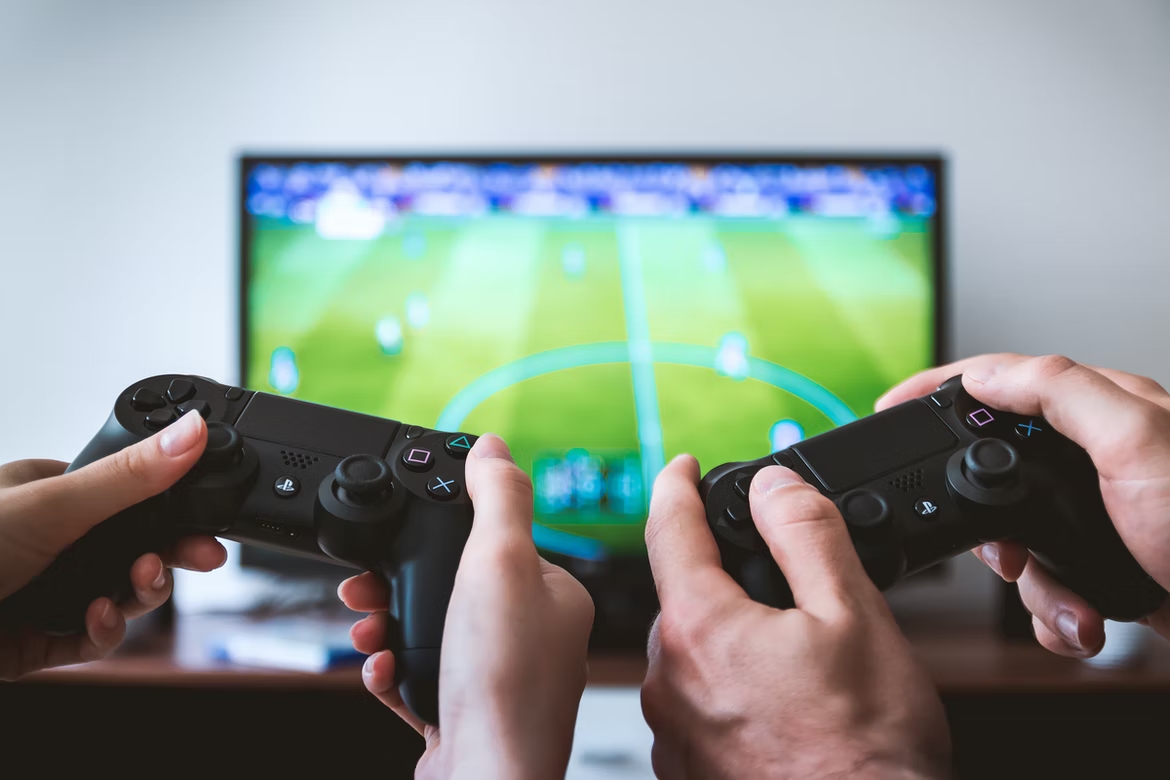 “Fortnight”; “Minecraft”; “Rocket League’: For many people, they're just titles of popular video games. For a social group sponsored by the Disability Network of Northern Michigan, they are much more. The group uses gaming to bring people together, teach valuable life skills, and bridge some of the gaps people with disabilities sometimes encounter when interacting with others. And while the pandemic could have easily derailed the group, Disability Network’s Andrew Kossek has kept it running thanks to a mixture of dedication, tech savvy, and desire to make a difference.

Kossek is a master’s candidate at Ferris State University, finishing up his master of social work (MSW) in Traverse City through the Northwestern Michigan College University Center. As part of the MSW degree, Kossek was required to complete two internships, the first of which placed him at the Disability Network. It was there that he helped launch the idea for a peer support group based around gaming.

“There was a lot of interest among the [Disability Network] constituency to have a place where people could get together and play games,” Kossek tells The Ticker. “And because there weren’t a lot of gamers on the Disability Network staff – and because I’m an old nerd who grew up playing card games – I took the lead.”

Kossek proved to be the perfect person to steer a gaming-focused initiative. Not only had he grown up a gamer, but he’d done so, he says, as a person with “some fairly severe ADHD.” Games proved to be both his comfort zone and his happy place.

“When I was growing up, having a place where the rules were explicitly written out – where, if you rolled a 20 on a die, you would be winning at a game – that would help with socializing,” Kossek says. “So, I wanted to take that idea and build something similar for everyone else. A lot of nerd spaces are actually very accommodating to disability, or to neuro divergence, in that the rules are written out for people. So, I made a face-to-face gaming spot where, every Monday, anyone with a disability could show up and play games for free.”

People with ADHD; folks struggling with social anxiety; individuals with cognitive impairments who just wanted to feel like they were a part of something: Disability Network’s gaming group welcomed all of them to a weekly gathering that emphasized fun and community. Everyone was invited to bring their own gaming console, or their favorite board or card game, and the group would embrace those ideas and play them out together. “We would just take over the board room [at Disability Network] and have this loud, fun event,” Kossek says.

COVID-19 took the air out of the sails of the concept. Suddenly, gatherings and group events were impossible. But Kossek, sensing that he and Disability Network had tapped into something important, found a way to keep the group going.

“I retooled the gaming group as quickly as possible to be someplace that could still exist online,” Kossek says. “I wanted it to continue being a safe, disability-friendly space where, if you had a cognitive impairment and you needed to take a little bit of extra time, no one would judge you. Or where, if you just wanted to be in the crowd and weren't competent at “Halo” but still wanted to chill with your friends, no one would judge you.”

Using Discord – a free voice, video, and text chat app – Kossek pivoted to a virtual format. Since early in the pandemic, that group has met virtually twice a week – on Thursdays and Saturdays – to play games that are “as accessible and as free as possible.” While Kossek admits there’s been a learning curve to the all-digital format, he’s hopeful the hurdles actually proved beneficial for members.

“I’ve spent a lot of my internship hours just doing tech support for everyone who needed it,” Kossek says. “[Technology] can be a barrier to accessibility. It’s hard to explain how to install a game to someone when you're having to talk them through Computer Use 101. But those challenges end up being rewarding, because the computer skills that you're developing by being able to play “Rocket League,” or “Minecraft,” or whatever, and to talk with your friends online, those are computer skills – and life skills in general – that are going to directly translate to more technical knowledge. You learn to better use your phone or computer, which leads to more accessibility: More being able to call BATA for a ride; more being able to find out that there's great free books to check out at the library; more being able to use all the cool stuff that's available out in the world for people.”

While Kossek tries not to classify his group as an “educational” endeavor – “The simplest way to get people to check out is to say, ‘I'm going to teach you something,’ he says – he’s still noticed some positive changes in the 20 or so individuals who regularly show up to gaming sessions.

“There’s three major segments of growth that I've noticed,” Kossek says. “One, some of the quieter people that, pre-COVID, were having trouble advocating for themselves and speaking up, after having two years where I'm able to manually turn the volume up on their microphones, they're better able to advocate for themselves. They're able to say, ‘I like to talk to new people, even if it scares me.’ Which is huge. Two, there are individuals who have significant memory issues that are, to me, noticeably better at remembering things. And finally, there are people that sometimes have difficulties knowing what appropriate humor is, or what the appropriate actions to take are in this social space. Now, when they're not sure if it's the right action to take, their gut tells them, ‘Hey, maybe [saying this] will get me in trouble.’ And if we can get that to translate [to everyday life], that's going to be huge for them.”

Kossek continues: “There are members [of this group] that never had a job before that are putting out job applications now. And there are members that were overlooked in other spots in their life that are now getting to be leaders. They are getting to bring this cool new game that they love to the group, and then I can help them figure out if that'll work for everyone, or help them play with friends, or help them just share this new thing that they love with other people, in a way that validates their own passions.”