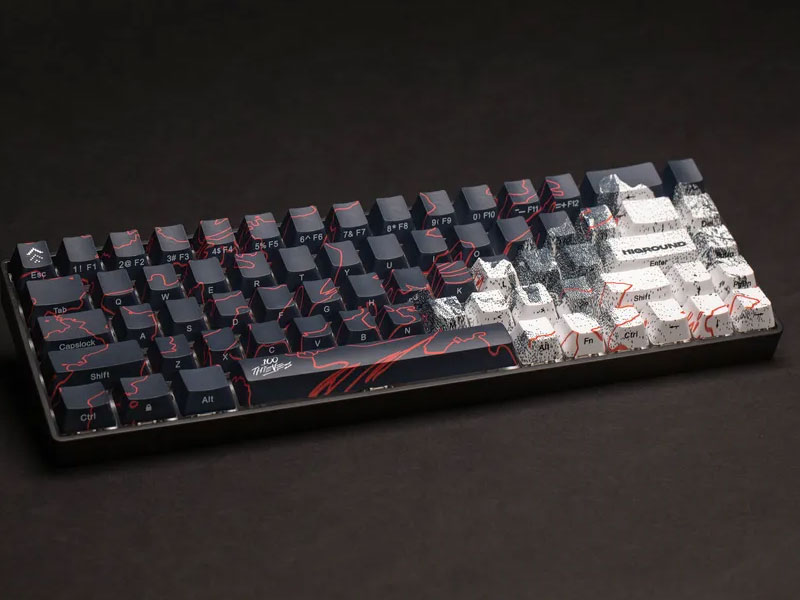 100 Thieves, a gaming organization known for its esports teams, apparel, and big-name streamers, is announcing its first acquisition: the gaming peripheral company Higround.

If you aren’t familiar, Higround makes what might be best described as designer gaming peripherals. (To get an idea of what that means, check out Higround’s Instagram, which is filled with pictures of colorful keyboards.) It releases its products in limited drops and says that every one of them has sold out. The company’s work even includes a collaboration with Apple’s Beats, though it had a limited distribution and wasn’t for sale.

100 Thieves is a gaming brand that’s similarly well known for its designer gear (in its case, apparel) that’s released in drops, so you might be able to see why it and Higround are something of a match.

“For a long time, your setup was just this generic canvas that everybody had,” 100 Thieves founder and CEO Matthew “Nadeshot” Haag said in an interview with The Verge. He talked about how the differences might have just come down to how many hertz your monitor was capable of or if someone else had a lighter mouse than you. With Higrounds, though, 100 Thieves sees an opportunity to help people make a desk setup that’s more representative of who they are.

Higround co-founder Rustin Sotoodeh discussed a similar vision. “Everyone should have access to an incredible keyboard or beautiful design,” Sotoodeh said, and he hopes he can make that a reality as a result of the acquisition. (That would include offering products that are always available, instead of just in drops.)

Haag also sees a chance to shake up the keyboard market. “From my perspective, unless you’re a keyboard enthusiast, if you’re a casual gamer and you go to the store, there’s only like two products that are offered: a black keyboard and a white keyboard,” Haag said. “And there’s a lot of brands that I have a ton of respect for, but I still think that there’s room in the market for there to be a marquee brand that everybody gravitates towards because of the stories that they tell and the image that they portray.” Higround recently brought on Baron Lee, a former HyperX executive, to head up product development, signaling that it’s staffing up to take on some of the big names in gaming peripherals.

Neither Haag nor Sotoodeh commented on the terms of the deal, but Haag did discuss how Higround will operate as an independent company. “What we want to help Higround do is just accelerate their growth,” Haag said. “We don’t want to take over their identity, we don’t want to go too far deep into 100 Thieves injecting its DNA into Higround.” A press release is more explicit, spelling out that 100 Thieves will “serve as an accelerator.”

As part of the acquisition, the two companies will team up on a “special product capsule,” which includes a hoodie and the custom keyboard (which you can see at the top of this post). You’ll be able to buy the capsule on October 15th at 3PM ET on Higround’s website.

It doesn’t sound like 100 Thieves is jumping into the deep end with hardware just yet, though. “Higround, from a hardware and peripherals standpoint, is our bet, and we’re going to help them as they continue to grow over the next couple of years,” Haag said.

Haag also didn’t commit to making more acquisitions anytime soon. “R??ight now, Higround is the main focus, and we’re excited to invest all of our resources and all of our time into helping them succeed,” he said. “And then we’ll see what comes down the road in the future.”