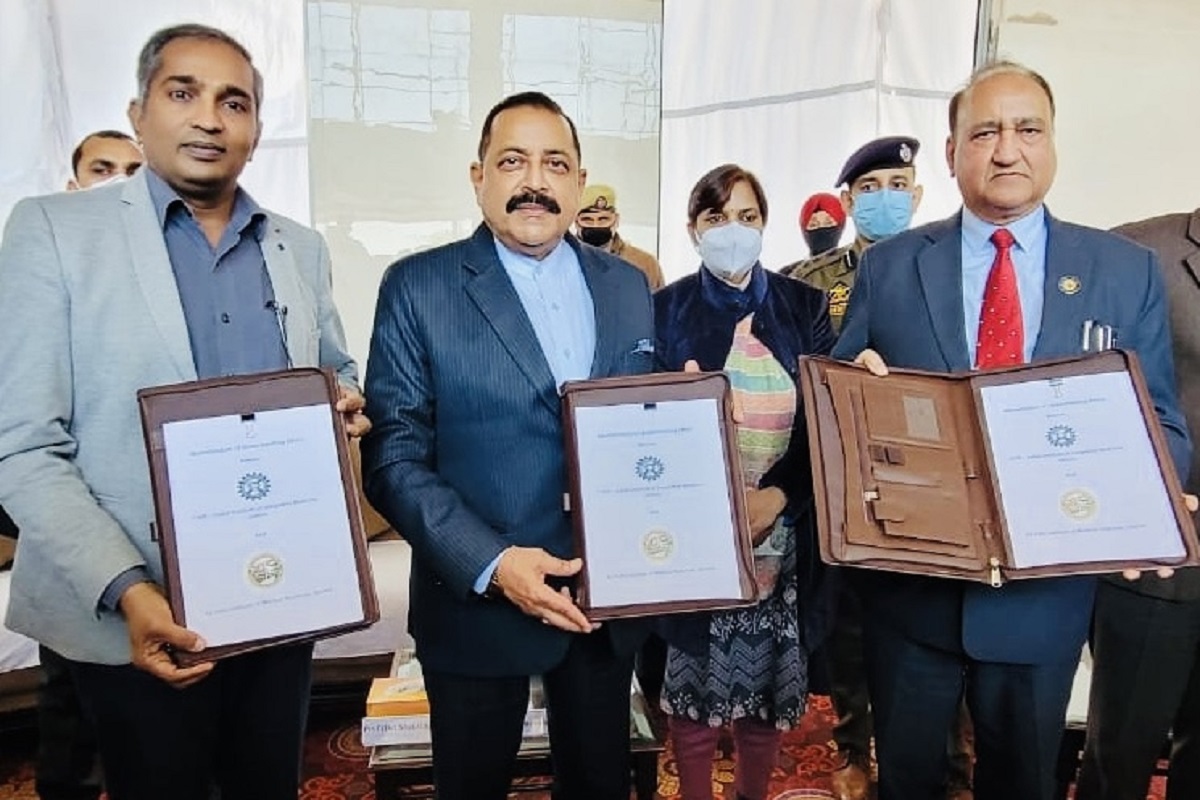 Union minister Dr Jitendra Singh on Saturday said that Artificial Intelligence (AI) and Digital Medicine are critical to future healthcare.
During a visit to the upcoming All India Institute of Medical Sciences (AIIMS) Jammu for the inspection of the upcoming new blocks and inauguration of recently developed facilities, Dr Jitendra Singh suggested that in order to develop an exclusive identity for the institution, the focus should be on these futuristic areas.

Tele-Medicine and Robotic Surgery have already taken over in a big way and the indispensable utility of these new options was realised during the pandemic times, he added.

The Minister announced that AIIMS Jammu will function in close collaboration with CSIR-IIIM Jammu. An MoU was signed in the presence of the minister, between Director AIIMS Jammu Dr Shakti Gupta and Director CSIR-IIIM Jammu Dr. D. Srinivasa Reddy, on behalf of the two institutions.

Dr Jitendra Singh said it is an irony that CSIR-IIIM Jammu and Government Medical College Jammu existed in the close vicinity of just about 4 kilometers from each other and even though both the institutions were dedicated to medical research, there was hardly any collaboration between the two in the past. He said, every effort would be made to bring in closer integration of IIIM with GMC and also between IIIM Jammu and AIIMS Jammu, both of which happen to be the Central Government institutions.

Dr Jitendra Singh noted that IIIM Jammu is one of the oldest CSIR laboratories in the country and even today it is conducting pioneering research in Cannabis Medicinal Products and host of other drugs, which makes the institute a natural ally of the AIIMS which has also the mandate of research and medical education.

Dr Jitendra Singh suggested that in order to develop an exclusive identity for the institution, the focus should be on futuristic areas like Digital Health and Artificial Intelligence(AI) and AIIMS could be a pioneer in North India in developing AI based healthcare infrastructure.

The Minister said it is because of the personal indulgence of Prime Minister Narendra Modi that Jammu has, in the recent years, developed major Centrally funded academic institutions in close vicinity of each other, thus making it an important educational hub in the region.