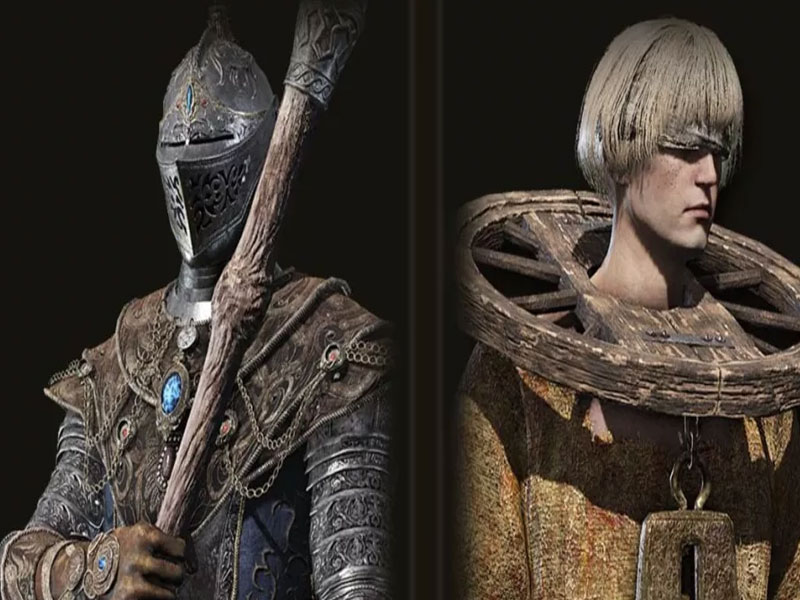 Which of the Tarnished has the best fashion?

There's a network test for Elden Ring coming up, which unfortunately for us isn't available to PC players. To hype up this closed beta From Software has revealed the classes that will be available in it, writing that "In seven days, these five brave Tarnished will cross the Sea of Fog."

The five options are warrior, enchanted knight, prophet, champion, and bloody wolf, each available in two body types. They sure do look like soulsborne heroes, with heavily armored options like the bloody wolf and enchanted knight alongside characters in more patchwork ensembles. None of them are exactly the deprived, but the prophet's combination of a monkish robe with a rope belt, blindfold, and some kind of wooden wheel around the neck makes for a strong look.

It's likely there will be more classes available in the finished game. Demon's Souls, Dark Souls, and Dark Souls 3 all had 10 classes to choose from, with eight in Dark Souls 2, while Bloodborne had nine of what it called origins. Your starting class in these games usually doesn't mean much in the long run of course, and Elden Ring's build customization will apparently be "even more varied than before" according to game director Hidetaka Miyazaki. The classes may just mean different starter weapons and armor, with some slight stat differences.