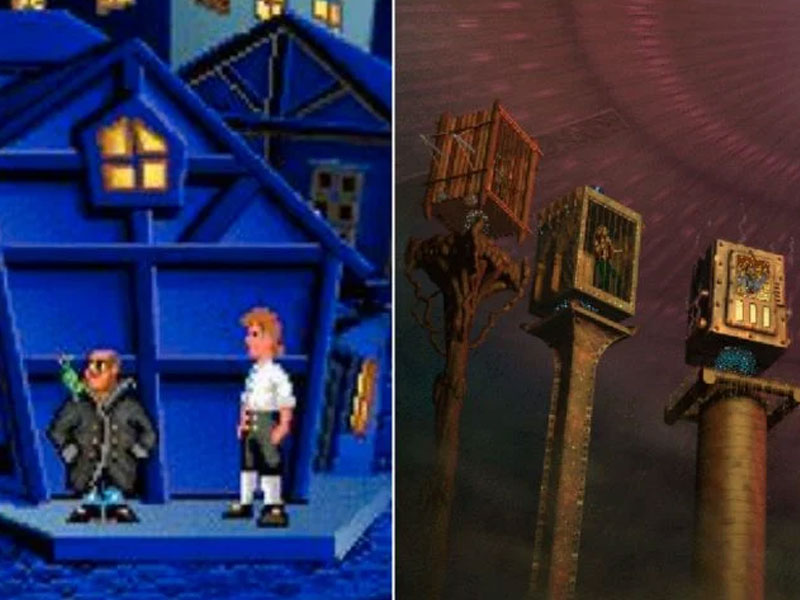 Retro is not a style, but an entirely different understanding of game theory. It goes beyond a look or simple playstyle.

All gamers love a good throwback to the retro era of gaming. As games have developed, developers have been yearning to go back to the sweet, sweet ancient period of gaming. Gaming fans will see many games advertised today as "retro" or a "blast to the past." However, there are quite a few things forgotten from this long-gone era in gaming.

There are numerous ways developers have been doing the "retro genre" incorrectly. Retro is not a style, but an entirely different understanding of game theory. It goes beyond a look or simple playstyle.

One of the biggest misconceptions gamers have is the belief that Retro is simply a "look." Just because a game lacks AAA graphics or has an 8, 16, or 32-bit style does not mean it is retro. While it is true many games of the era had that look, this was mainly due to the technological inferiority compared to modern-day graphics and hardware.

That also greatly discredits some of the incredible art in games like The Last Express or Myst. Retro can still be beautiful. It's not just pixels.

9. Hard Does Not Equal Better

In order for gamers to get their money worth, developers purposefully created their games to be exponentially harder in order to artificially extend the length of the game.

The technological hardware sizes also emphasized this need. When you got 2MB of space to put a full-length game, developers need to find a way to bolster it. This is why "retro" games have an infamous reputation for being hard: being they were. However, as games have developed, this was less of a need allowing developers to focus more on creating actually good lengthy games. Nobody wants to be stuck on the first level anymore.

8. Saves Were Invented For A Reason

Saves were an integral feature when games became longer over time. It didn't matter when your game took at most an hour to finish if you had a save. But as games developed into a more complex art form containing stories and multiple missions, it was no longer practical to have no saves.

Furthermore, technology finally allowed for this to happen on hardware. After a while, save slots were no longer limited either- for the most part. No with the advent of multiple TB hardware systems, save space is no longer an issue.

7. Retro Music Is Not Computer Music

Retro music is not just electronic "beeps" and "boops." This greatly discredits a lot of the incredible composers creating games through the eighties and nineties. Who can ever forget the intense guitar anthems pounding in your head as you fight aliens through Duke Nukem? Or the mysterious orchestras that guide you through The 7th Guest?

There are countless examples of well-made compositions, many of which you can see performed live by real symphonies. The music of then is no different than today. It just went through bad speakers at the time.

What developers seem to forget about retro game combat? Frankly, it was not very good. And maybe that's a good thing they forgot. Anyone who plays the original Doom will be surprised to find out that they cannot look up or down. Over-the-Shoulder Camera? That was not a common feature until Resident Evil 4.

Combat certainly lacked the "umph" that it has now. It's not quite the same when you can't chainsaw an alien to death and feel every gruesome detail. Or even being able to turn a full 360? Imagine if gamers still had to still press a button to turn around! Frankly, it's best that's left in the old days.

Trying to emulate a retro style is not an excuse to have poor graphics. Retro games have painstakingly beautiful graphics. Take almost any Lucasarts point-and-click game such as Monkey Island. That game was painstakingly designed pixel by pixel to the absolute maximum of what could be accomplished when it was created.

And it still looks as good as the retro days it came out. Retro games actually hold up to the modern light if given a chance.

There are some absolutely incredible stories hiding within old games. Arguably, many of them are better than modern games. As games had to rely much more heavily on text and fewer graphics, the writing had to be stellar. That's what led to us getting games like the criminally underrated I Have No Mouth and I Must Scream, a compelling and horrifying adaptation of Harlan Ellison's short story of the same name.

Even in older games, take a second to read the arcade lore. There are so many little details waiting for gamers to discover (such as Peach is actually Princess Toadstool).

3. Games Were Not Hand-Holding

In the past, games were difficult and they certainly did not hold anyone's hand. Depending on whether one is a grizzled Dark Souls survivor or a novice gamer, this can be a good or a bad thing. Many would tell novice gamers to just "get good." However, this thinking ultimately pushes away gamers from gaming.

That is why games, in the modern era, tend to contain levels that cater to different abilities. Accessibility has improved and now everyone can play, not just the masochists.

2. Puzzles Didn't Make Sense... Most Of The Time

Puzzles in classic puzzle games often did not make much sense. In fact, a major innovation was games like Myst that managed to actually have complex puzzles that could be solved through logic. However, most of the time, the puzzles were quite unsolvable forcing players to randomly hope their rubber ducky could somehow power the AC Unit needed for the next level.

Puzzles should make sense and be fair to players. Nobody enjoys getting stuck at an impossible puzzle because they forgot to do X, Y, and Z. Modern-day games are better than that.

Retro games were simple. Ultimately, they had to be in order to fit on their limited technical space. A lot of the "retro" tricks in games were actually to hide technical layers. For instance, Silent Hill's famous fog came about because they were unable to render the town fully. However, what they found was it ultimately added to the game's atmosphere and became a staple of the franchise and lore.

Even beyond this, however, games usually focused on one core concept. That is what makes Tetris and Galactica so addicting. They have one clean and simple mechanic.