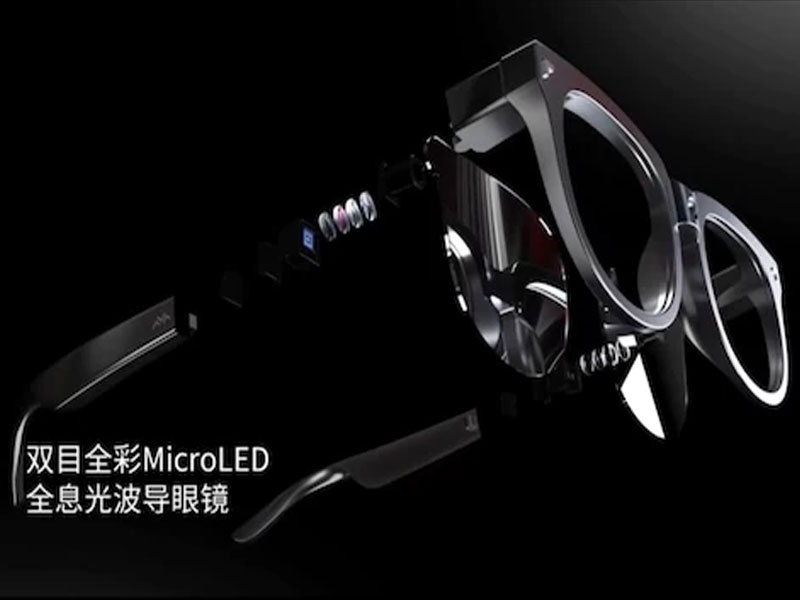 Chinese electronics company TCL has unveiled its brand-new Thunderbird Smart Glasses Pioneer Edition on Friday, October 15. Sharing a video on the Chinese social media platform Weibo, the company informed that the new Smart Glasses feature a full-colour transparent micro-LED display. The glasses also have an inbuilt camera allowing its users to take pictures with just a click on the side of the frame. The glasses look like regular specs, thanks to their transparent displays and the waveguide technology that TCL has been using for three years. The display of Thunderbird Pioneer Edition leaves Xiaomi’s concept smart glasses behind, which were announced last month and only feature a monochrome display using the same waveguide technology.

The glasses will also have Augmented Reality support, which means they can add layers of digital information over the user’s vision through the glasses. For example, the glasses can project navigation routes in front of your eyes making it easier to turn exactly where the map shows without any worries of checking your phone. On top of it, the product video shared by the manufacturer shows the smart glasses running multiple screens at the same time as well as getting paired with the PC to act as an additional display. The presence of an alarm in the glasses hints at a speaker. The price of the Thunderbird Smart Glasses Pioneer Edition is not revealed yet. The glasses are expected to first arrive in the Chinese market.

The video also shows multiple integrations of apps people use into the display of the glasses themselves. For example, the video shows a user watching videos in the glass display itself as well as integration with smart home devices. The video is indicative of the smart eyewear’s aspiration to replace smartphone screens, something that Xiaomi’s concept video claimed is coming in near future.

A past attempt to popularise smart glasses by Google failed when the tech giant, after introducing its Google Goggles in 2014, announced in 2015 that it would stop its production. After which, the smart eyewear market was quiet for some time. Recently, Facebook announced its Ray-ban smart glasses that featured a camera but lacked a display. The glasses also had speakers offering open-ear audio to the wearer. While the glasses looked cool, there were wide apprehensions because they were made by Facebook, a data-hungry tech giant which has been under criticism for its data privacy disasters.