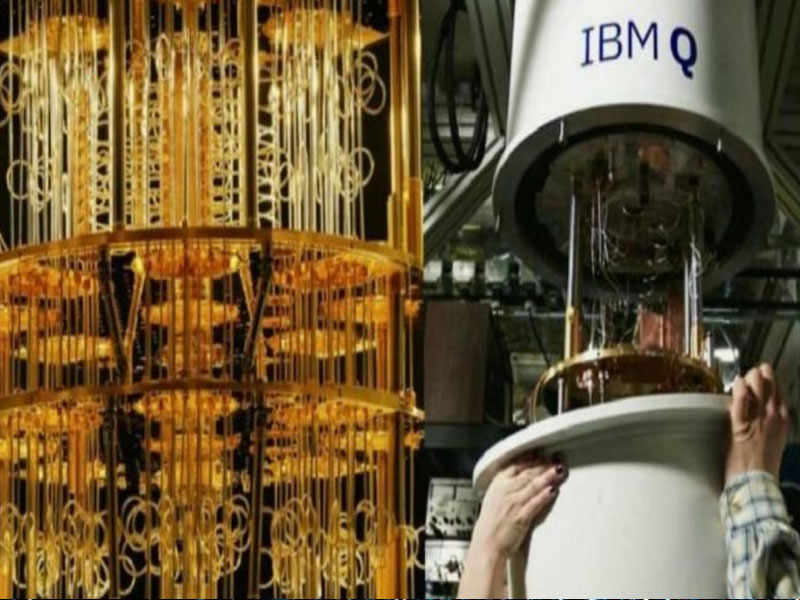 With a computing power that no one could dream of a few years ago, quantum computers put traditional cryptography in check.

The cryptocurrencies and the blockchain are safe because they use complex algorithms to generate them, and encryption based on computer networks.

But cryptography is a slave to technological evolution. An encryption algorithm can be broken by brute force, although it would take thousands of years of calculations with conventional computers. Experts have long wondered: What if quantum computers were tried?

In 2019 Google introduced Sycamore, a 54 qubit quantum computer, capable of performing in 200 seconds a calculation for which the most powerful traditional computer of the moment would need 10,000 years.

A quantum computer works at the atomic level, managing the states of the atoms, which can be at the same time a 0 or a 1. This breaks the paradigm of traditional computing, and opens a new world of possibilities.

Just a few days ago, IBM unveiled its 127 qubit Eagle quantum computer. And announces that in 2023 they will reach 1,121 qubits.

Next to it, Google’s 57-qubit computer will look like a ZX Spectrum …

IBM has said that Eagle cannot be equaled even with all the computers on Earth put together: it would take more bits than atoms there are adding up all the human beings on the planet. And that leads us to cryptocurrencies…

Cryptocurrency hardware wallet to cold store dozens of cryptocurrencies such as Bitcoin, Ethereum, ERC20 and many more.

Most cryptos, including Bitcoin, are based on the Blockchain, the chain of encrypted data that maintains a network made up of tens of thousands of computers. All Bitcoins mining, buying and selling operations must be approved by 51% of computers on the network.

That is why it is so difficult to hack: no hacker has enough computational power to hack or replace 51% of the computers in a Blockchain network … Except for a quantum computer.

Another weak point are cryptographic keys. In each operation a public key is generated from the private and secret key of the owner of the cryptocurrency.

Guessing a private key from a public one would require thousands of years of calculations with conventional computers … and seconds, or a few minutes, with a quantum computer. And there are already computers of this type in private hands …

These protective sleeves prevent unwanted payments on contactless cards that use RFID or NFC. Thieves will not be able to make charges by bringing a reader to your purse or purse.

As Business Insider tells us, expert Divesh Aggarwal, a researcher at the National University of Singapore, predicted in 2017 that quantum computers would be poised to break the cryptography of cryptocurrencies, “in a decade”.

A few days ago another scientist, Jian-Wei Pan, creator of a 66 qubit quantum computer, stated through El Confidencial that there are barely 3 or 4 years left for this prediction to come true.

Quantum computers, like artificial intelligence, are going to change our reality in many more ways than we imagine. In all….