How do VR and AR play a big role in Pediatrics? 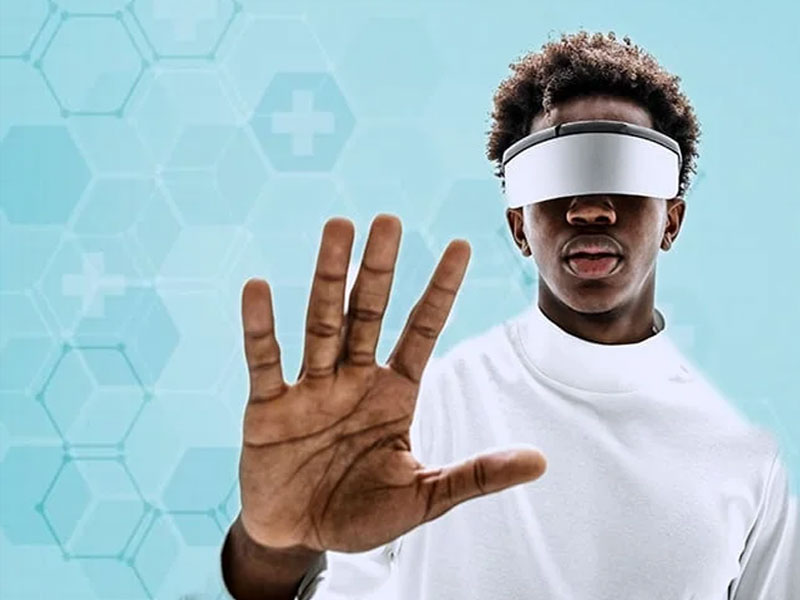 When it comes to the medical uses of VR and AR, pediatrics is an area that has a lot of potentials. Children, as inventive and curious as they are, are more prone than adults to be entranced by VR’s immersive qualities. From the comfort of their hospital beds, children may visit coral reefs or even stroll with dinosaurs. They may also get a sense of returning to their favorite hobbies or seeing their favorite pet at play.

When compared to merely looking at photographs or videos, family activities may be shot at 360° and then seen through VR and AR, giving youngsters a real sense of being present at the event. Because of these capabilities, virtual reality is a critical tool for not just improving a child’s hospital stay but also assisting in the healing process.

Scientific data establishes beyond a shadow of a doubt that this cutting-edge technology has some significant benefits in pediatrics. Here are a few illustrations. VR distraction is a well-established pain treatment technique that is effective in reducing pain and behavioral distress in children, especially those who are having invasive medical procedures (e.g., during vaccine or medication administration and drawing blood). It has been found to help people overcome their fears, which can make imaging examinations like MRIs and CT scans go more smoothly. It may make chemotherapy more bearable for cancer patients. It can aid in the management of social phobias and the reduction of anxiety in a variety of therapeutic situations.

Traditional games like board games, as well as the plethora of apps accessible on smartphones and tablets, may be used to divert children’s attention. They may even aid in the improvement of children’s intellect. According to one research, wearing virtual reality headgear while playing a video game for pain relief provided greater advantages for certain youngsters compared to those who played the game without it.

Chronic illnesses are particularly difficult for pediatric patients because they generate extended periods of stress for children and their families due to extensive hospital stays and treatment cycles. Children may be exposed to the suffering of other patients in a medical setting, which can heighten their worries and concerns, including a dread of death.

Play therapy is one method for dealing with the symptoms of sadness and anxiety in such youngsters. Children playing is such a common occurrence that its significance is sometimes neglected. Play not only helps children’s physical well-being, but it also enhances their brain processes, stabilizes their emotional condition, and allows them to communicate and express themselves more freely. These advantages of play are available to all youngsters. Play becomes even more vital for sick children since it aids in their recovery and healing. When virtual reality and augmented reality are used for therapeutic play, it allows for a greater level of immersion and distraction. Therapeutic play utilizing virtual reality computer games improved the psychological well-being of children with cancer who were hospitalized, according to researchers in one study.

A child’s illness can be a difficult time for parents, as well as the entire family. Families are psychologically susceptible when a kid is admitted to the hospital. Depression and anxiety symptoms might arise as a result of the stress. Parents can acquire posttraumatic stress symptoms (PTSS) in extreme situations, which can have a significant influence on their capacity to care for their children. As a result, easing the suffering of parents is an essential healthcare goal.

When virtual reality technology aids hospitalized youngsters, it also aids their parents. Parents will be relieved if their children are less worried. Parents may relax knowing that their children aren’t missing out on important family occasions while they create memories together with virtual reality. Taking care of a sick child might cause parents to miss a lot of work. When virtual reality and augmented reality are used to calm a child’s anxieties and assist them in recovering, parents have less time to devote to their children. And the quality of the time they do spend together is considerably better.

Finally, virtual reality technology has a significant role to play in pediatrics. It can help both children and their families get through the unpleasant process of going to the hospital. It can promote emotional and mental well-being while also speeding up healing. Because VR and AR successfully erode pain and anxiety through immersive distraction, they can substitute for analgesics and anesthetics during medical operations.