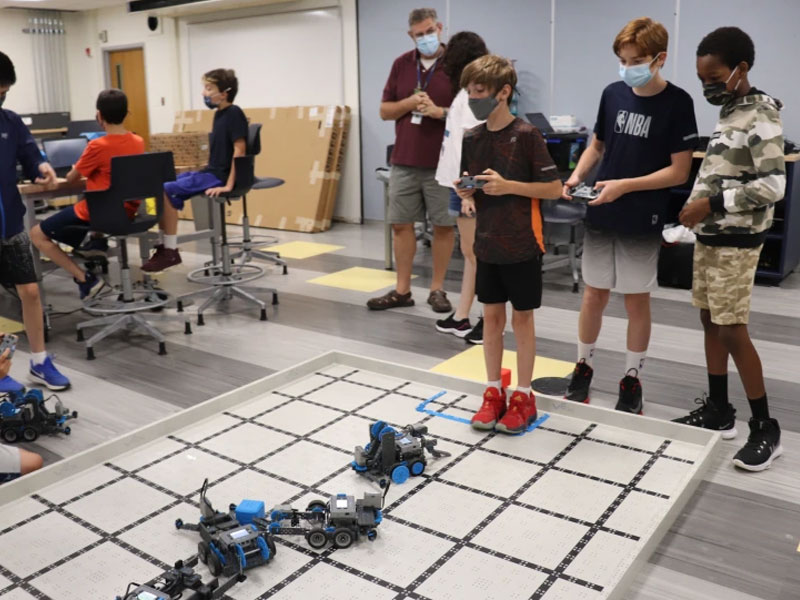 Highland Central School District students entering grades 6 through 12 this fall were able to participate in a week-long Robotics and Coding Experience camp at Highland High School this summer.

Each session included 14-18 students with interests in robotics, coding, and gaming. The students worked with a Vex IQ robot kit that came with a battery, controls, and software to download for programming. Once built, the students used a remote control to operate their robots. They later took their skills up a notch and wrote code to program the robots.

Once the robots were operational, Banks and Iannazzone tasked students with challenges and games to demonstrate their creations’ capacity. The floor was set up with a large arena, and the students maneuvered their robots through Capture the Flag and modified soccer challenges. They later coded their robots to drive around a square, maneuver through a maze, and more.

While removing the robotic claw from his robot, and digging into writing the code to program it, sixth grader Landon Palmisano said he’s an experienced robot builder and has spent upwards of seven to eight hours in one sitting creating Lego robots. Osei Adoma, a senior this fall, said he felt the programming component was more challenging than building the robot itself. Adoma is planning to enter the computer Science field, though uncertain what he wants to do in it yet.

“I had trouble literally thinking ‘inside’ the box,” Samantha D’Aragona, who is a junior this fall, said in a press release. D’Aragona was working on getting her robot to travel around a square tile on the floor. “I am trying to program my robot to turn in a different way now. I am not really an in-the-box thinker.” D’Aragona is preparing to enter the Ulster BOCES Career & Technical Center to study Digital Design. She has been taking iD Tech design
and digital courses online at home to learn game programming, which she hopes to hang onto as a hobby while she studies and works with robots professionally one day.

D’Aragona finally nailed it and got her robot to go in the square.

Iannazzone said the students did well with creative problem-solving and figuring out how to put their ideas into action, and overcame challenges presented with the typical difficulties, such as how to attach the motor, gears, or heavier accessory parts.

Banks said in the release that programming involves way more than playing on a cell phone.

“There are so many practical applications; surgeons do surgeries with robotic arms, fast food chains are using self-order kiosks, which have to be programmed,” he said. “Automation is happening and all of it requires programming. The ability to write code is invaluable.” 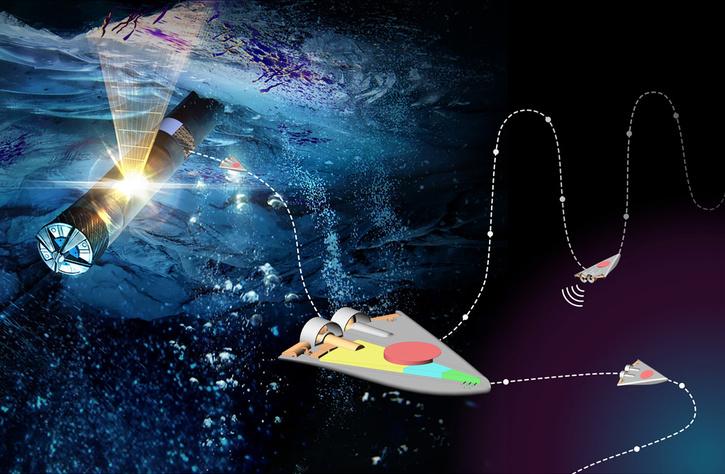 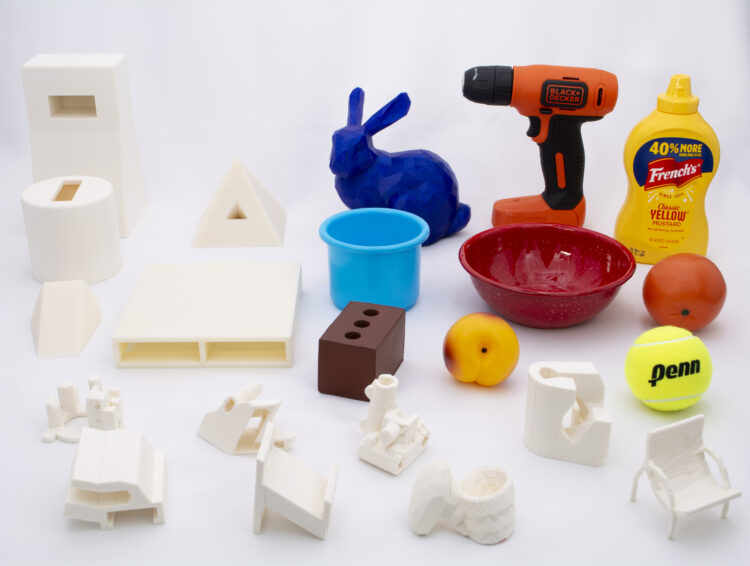 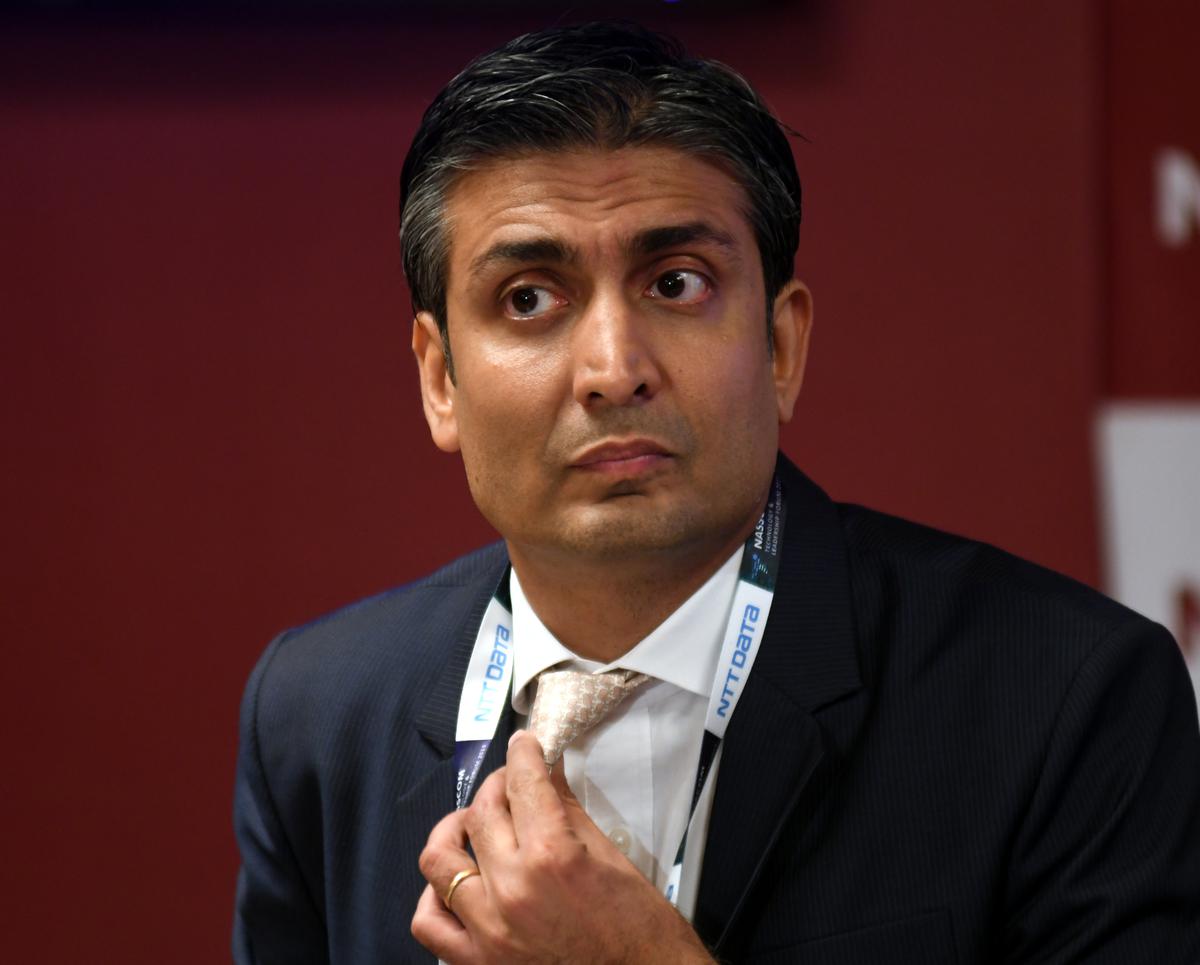 Wipro steps up investments in metaverse, web3, robotics and other emerging areas 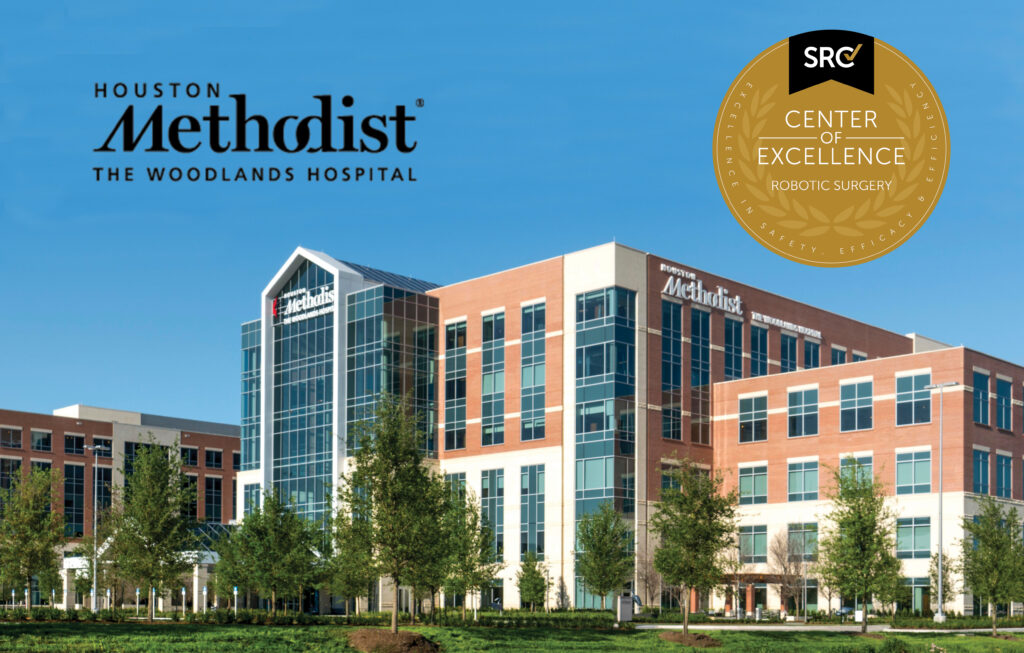