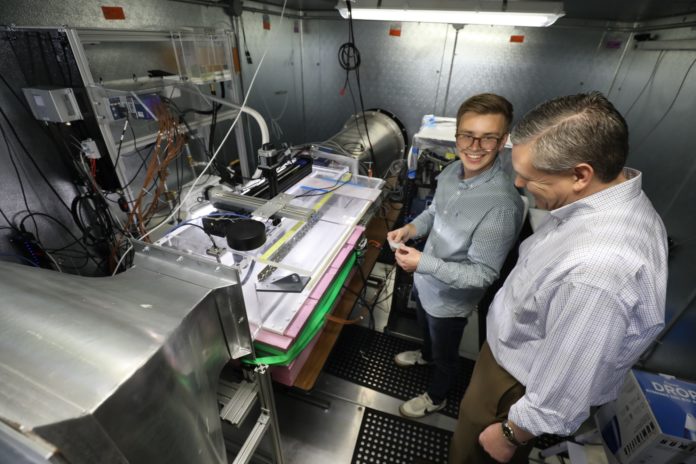 President Linda Livingstone announced Baylor reached R1 status according to the Carnegie Classification of Institutions of Higher Education on Dec. 19. In order to get there, the Illuminate strategic plan included the hiring of Dr. Henry Han as both the McCollum Endowed Chair in data science and a professor of computer science.

Han’s work over the past year involved data science and contributed to the university’s advancements in becoming a renowned research university. His interests include fintech, artificial intelligence, bioinformatics and health informatics, cybersecurity and quantum computing.

“I think Baylor is best because at the time Baylor was working for R1 status, they paid a lot of attention, they gave a lot of resources to move forward to this direction,” Han said. “I appreciate it a lot. I think it’s a great opportunity for me to build a greater data science program and to create data science research.”

Currently, Han said he is working on several projects within his department. He said he is preparing several seminars and talks so that the Baylor community can be more informed about what type of research is being conducted in relation to data science and to potentially encourage students of any major to join the data science community.

Last semester, Emily Liau, Austin sophomore and bioinformatics major, took Han’s data science class and said for the final project, students were required to select a data set and run an entire process of data analysis from beginning to end.

“I think being able to apply what I learned in class to a real-life data set is something that I wouldn’t have the chance to do if I hadn’t taken part in doing research with Dr. Han,” Liau said.

Han said a big factor in why Baylor received R1 status earlier than expected is because the staff and faculty had been working hard together to obtain it. The university granted the research staff a lot of help whenever they would ask for it.

“The overall goal is not R1 — that’s a new beginning, not the end,” provost Nancy Brickhouse said in a previous Lariat interview. “The goal is to solve these big problems that the world is facing and to do so rooted firmly in a Christian foundation.”