With lasers: Augmented reality for the masses 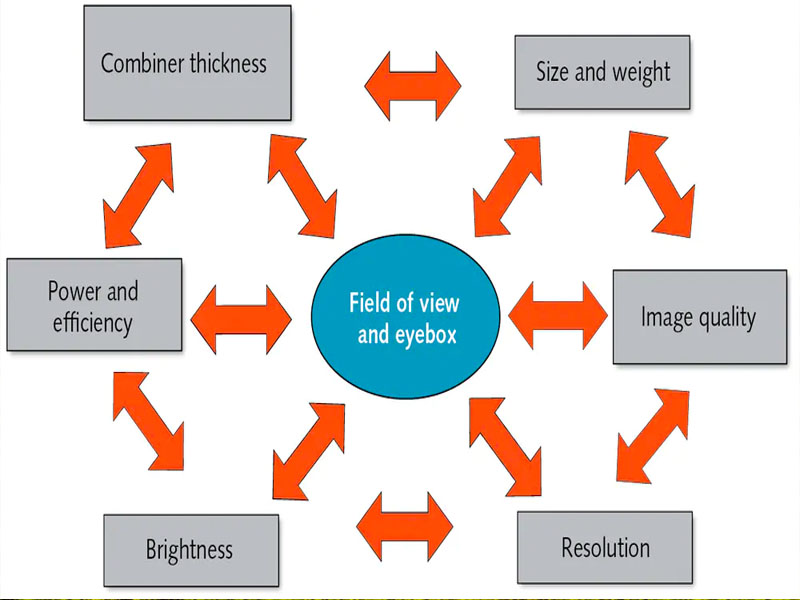 We’ve seen augmented reality (AR) in movies for years—from Minority Report in 2002 all the way back to Top Gun in 1986, in which targets were projected from within the helmets of fighter pilots. While this technology seemed futuristic then, it actually was available to fighter pilots in the 1980s.

Today, AR can be used by civilians in head-up displays (HUDs) in vehicles, which project useful symbols and information into the driver’s field of view. We also see it in specialized, professional areas. One example of this is the “Real Wear” AR headsets that automotive technicians use at BMW dealerships across the U.S.

AR also became generally available to consumers in 2014, when Google released its Glass (Explorer Edition), although sales never met expectations. We all know that creating a game-changing innovation for consumers is difficult and with every new technology introduction, there are always starts and stops. Consumers made clear with their reactions to Google’s device that AR glasses need to resemble a standard pair of glasses. The clunky design, which could label the wearer as a “techno geek,” scared off many consumers.

Intel’s Vaunt Glasses in 2018 taught the industry another important lesson. Their release showed that AR glasses could be fashionable and still be functional. Vaunt Glasses used a monochrome red vertical-cavity surface-emitting laser (VCSEL) retina projection system that was more informational than full-featured—but Intel shuttered this venture a short time after release.

Focals by North smart glasses were next up (shipping in early 2019); the glasses were virtually indistinguishable from a pair of Ray-Bans. Unfortunately, wide consumer adoption did not materialize, potentially due to the high level of customization, which included fitting the glasses to the user. North was ultimately acquired by Google.

To succeed in the consumer market, most big players have learned that AR smart glasses require a fashionable design that is close to or identical to a standard pair of eyeglasses, low power consumption, and little-to-no customization. To assist with this effort, suppliers are working on illumination and projection technology that is small and power-efficient to enable lightweight, compact designs. Additionally, through the development of advanced waveguide optics, very little—if any—customization of the glasses is required.

While the visual technology is being completed, some companies have filled the gap in the market with smart AR audio glasses. These include Huawei X Gentle Monster, Bose Frames, and Amazon Echo Frames with Alexa. Releasing an audio product is a great first step and will help the industry learn more about the consumer’s needs and uses for this emerging technology.

In addition, the release of Facebook and Ray-Ban’s Stories (September 2021) have moved smart-glass technology even further. These new smart glasses are practically identical to the Ray-Bans that have an iconic coolness factor. With two cameras and audio features, Stories allows users to take photos, record 30-second video clips, play music, and make phone calls. While there is no visual AR capability, these glasses are still an important step in the evolution of AR glasses.

Facebook has an active base of around 2.8 billion users, which is a considerable marketing opportunity. By marketing to their users, Facebook could encourage millions of users to wear computing on their face every day. They just need to deliver the visual aspect of the AR glasses over the next few years.

With any new emerging technology, there are tradeoffs that must be made. Figure 1 showcases some of the different topics that need to be discussed to make the visual technology a reality in AR glasses.

The features and benefits of AR glasses depend on the market segment being targeted. These segments will evolve over time as the market settles, but there are currently a number available.

Enterprise glasses are monocular for 2D and binocular for 3D vision. They need to be capable of displaying high-resolution video content and have premium hardware including cameras and multiple sensors. These glasses are designed for mass-market professional and industrial applications and must be comfortable to wear, although function would take precedence over fashion. There are currently several models like this in initial production.

Mixed reality (MR) glasses merge projected visual objects with reality. They have a large field of view (FOV) and are 3D stereoscopic with multiple focus planes and sensors. They are designed for specific niche professional and industry applications and must be comfortable to wear. Here again, function would take precedence over fashion.

Prosumer glasses are monocular for 2D and binocular for 3D. They need to display high-resolution video content and could include many sensors and cameras. They are designed for mass-market consumers and need to look and feel like normal glasses. They are not yet ready for production.

Large market volumes will come from the prosumer segment. These higher-end consumer glasses are not yet available for several reasons. A key factor is the AR illumination/projector needs to be essentially invisible to the user. Doing this will require very powerful but small projectors. An illustration of some of the different technologies available, as well as their possible sizes and FOV, is shown in Figure 2.

Because the illumination/projector must be extremely compact and consume very little power, laser beam scanning (LBS) is an obvious choice for widespread consumer use. There are various types of LBS, including lasers in a MEMS configuration that feature:

Whatever the type, lasers are a great choice because they possess a small size/power density ratio and weight/performance ratio that enables excellent-quality image resolution. Still, before we “ride off into the sunset” with LBS as the answer to all of the smart-glass issues, some image quality challenges remain. Among them are speckle, aberrations, polarization (the unwanted kind), flicker, and clipping.

Developments in the design of LBS projectors, optics, and overall systems design are addressing these challenges. For example, new lasers have been designed to overcome said issues. These include lasers with high speed (<5 ns) operation, shorter cavity lengths, multi-ridge channels, and innovative packaging, along with advanced laser diode drivers.

A laser is only as good as the LBS system in which it operates. For this reason, ams OSRAM is a founding member of the LaSAR Alliance, an organization focused on treating the overall system design from a holistic perspective. This alliance, primarily driven by ST, a European-based company that develops and manufactures semiconductor technologies and devices, has developed a proof-of-concept design for an LBS projector. As described earlier, there are many system tradeoffs with an emerging technology, as detailed in the LaSAR Alliance’s target specifications for an initial monocular product (see table).

The proof-of-concept design undertaken by several of the LaSAR Alliance members is working. It contains MEMS mirrors, drive circuitry, and other electronics, as well as overall design by ST, lasers by Osram, the waveguide by Dispelix, and optical light engines by Mega One. ST is furthering the development through its collaboration with Quanta Computer on reference designs for AR smart glasses. So, thanks to LBS and the LaSAR Alliance, we are one step closer to making AR a reality for millions of consumers in the near future.