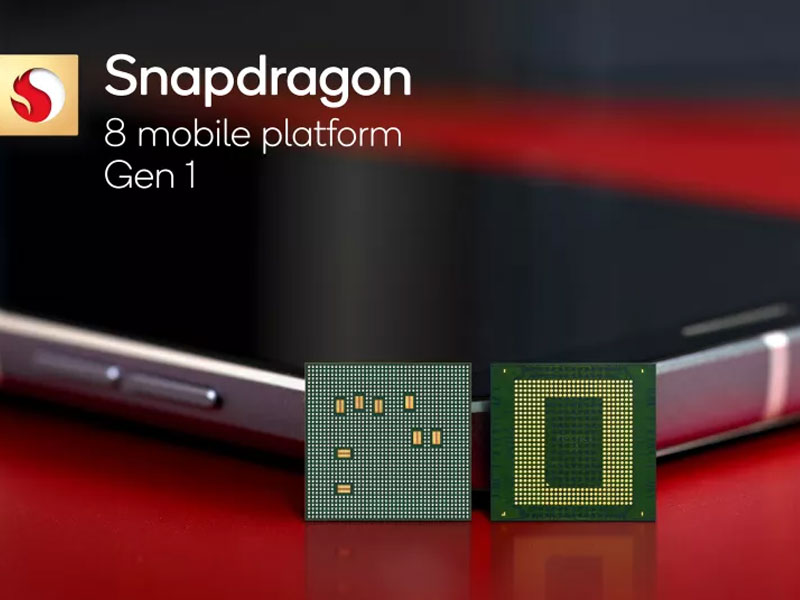 It means your future smartphone - this chipset will likely be in a lot of the best Android phones of 2022 - would be able to constantly run its front and rear cameras.

The idea is it’ll allow for innovations that mean you don’t have to touch your phone to activate it. For example, it may allow you to one day be able to unlock your phone when your hands are busy.

Other examples Qualcomm has given is that certain apps could introduce security features through this new tech.

One demonstration showed how an app could track other faces in the front camera’s view, so it could work out if someone is looking over your shoulder while you’re looking at private information or entering your banking details.

While this has its use cases, it will understandably worry some users when it comes to potential security risks. According to Qualcomm, this isn’t an issue.

“It’s going to scare some people”

During its Tech Summit 2021 event, Qualcomm reassured customers that they’ve tackled this in a sensible manner.

Judd Heap, VP of Product Management at Qualcomm’s Camera, Computer Vision and Video departments, told TechRadar, “The always-on aspect is frankly going to scare some people so we wanted to do this responsibly.

“The low power aspect where the camera is always looking for a face happens without ever leaving the Sensing Hub. All of the AI and the image processing is done in that block, and that data is not even exportable to DRAM.

“We took great care to make sure that no-one can grab that data and so someone can’t watch you through your phone.”

This means the data from the always-on camera won’t be usable by other apps on your phone or sent to the cloud. It should stick in this one area of the phone’s chipset - that’s what Heap is referring to as the Sensing Hub - for detecting your face.

Heap continues, “We added this specific hardware to the Sensing Hub as we believe it’s the next step in the always-on body of functions that need to be on the chip. We’re already listening, so we thought the camera would be the next logical step.”

We’ve seen always-on microphones in smartphones for the last few years to ensure you can open up apps such as Siri or Google Assistant without having to touch your device. This is similar for that, but for the camera.

Separately, Qualcomm has confirmed that the camera cannot capture photos or video through this element of the Sensing Hub on the new chipset.

It's just designed to scan whether it can see a face or not, and all other elements of the system remain off during this process. The scan is done with a limited VGA resolution as well, which is 640 X 480 pixels.

Heap said, “It can usher in a lot of really good security features as well. It could even be potentially something that means you won’t need your lock screen anymore. Your phone will just know the context at all times.”

For those who remain concerned about an always-on camera, you may have to avoid handsets with the Snapdragon 8 Gen1 SoC in them as Qualcomm has yet to confirm if this is a feature you'll be able to disable.

“We will have a few OEMs picking up the feature in this generation. There will be even more in the next generation, next year.”

We don’t yet know which phones will be supporting this feature, or how it’ll be implemented. We’ll have to wait until the launch events for handsets like the Oppo Find X4, Xiaomi 12 and OnePlus 10 to be sure of how these manufacturers will use the always-on camera.