Why does Sushil Modi want to regulate online gaming? 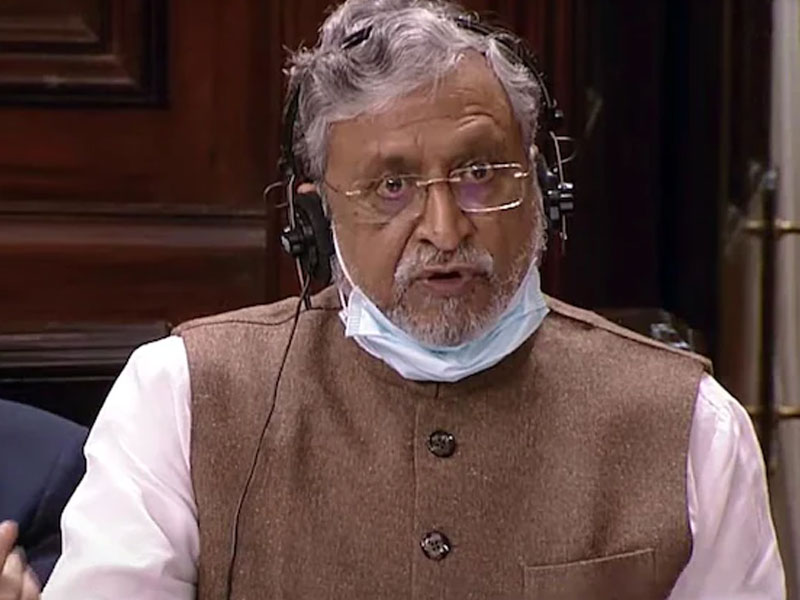 The time spent on online gaming has gone up from 2.5 hours before Covid to four hours since, which indicates an addiction issue

On December 3, as Sushil Modi placed a question before the Rajya Sabha about whether online gaming was becoming an addiction and if the Centre should perhaps regulate it, many wondered if it was in fact an insidious attempt to control the industry.

Putting forward his case, Modi said the average time spent on online gaming has gone up from two and a half hours a day in pre-Covid times to four hours now, which hints at a problem of addiction. He also underlined that the existing 4.3 million online game users are projected to touch 6.57 million by 2025--and the jump in the sector’s revenue from Rs 13,600 crore in FY21 to Rs 29,000 crore in FY25.

State-level regulations, Modi went on to say, had failed, as their respective courts had struck down such attempts of the Telangana, Andhra Pradesh, Kerala and Tamil Nadu governments to ban these games. Hence his suggestion for central government regulation.

Incidentally, the Madras High Court had in August struck down part of the Tamil Nadu Gaming and Police Laws (Amendment) Act, 2021, through which the legislature had imposed a blanket ban on rummy, poker and all other games played online for a wager, bet, money or other stake irrespective of it being a game of skill or a game of chance.

The court held that the government had prohibited games of skill merely on the basis of “anecdotal” references to a few suicides and subjective perception of addiction to online games with stakes.

Though the Tamil Nadu government had heavily relied upon the 276th report of the Law Commission to justify its ban on all forms of online games played with stakes, the judges pointed out that the report itself had stressed only on regulation and not prohibition. They said the ban must be regarded as something done by the legislature capriciously and irrationally.

That was perhaps the reason why Modi in the Rajya Sabha asked for informed taxation for the online gaming industry and for preparing a comprehensive regulatory framework for the industry.

While there can be no quarrel with the idea of informed taxation, which obviously means a framework to closely monitor the profits, the problem lies in the second suggestion of making a comprehensive regulatory framework for this industry.

Even though Modi argued about addiction, saying it was difficult to prevent kids from getting addicted and how online gaming is becoming a source of gambling and betting, can you really ban people from online gaming? In August this year, China perhaps became the first country to announce that minors can play video games only for an hour on Fridays, weekends and holidays, and are banned from playing during the school week. The new rule, which raised many eyebrows, came into effect in China from September 1. But what is possible for China may not be feasible for democratic India. People are unlikely to delegate to the government the authority to limit their childrens’ play time. Compliance can be another major issue.

Additionally, a section of parents believes that government regulation on leisure time is unwelcome. “We need more awareness on what games are and what they’re not. These games and the online industry per se will remain the dominant idea of consumption in the years to come. So, as parents, we need to have effective and smarter solutions to help our children strike a balance between their digital and non-digital lives,” says Awadhesh Kumar, a father of three schoolgoing children in Patna.

“Framing regulations and implementing them is easier said than done,” says Patna High Court lawyer Sanjeev Kumar. “Even if there is an element of gambling in some online games and even if we have regulations in place, it is difficult to ban or restrict them from pushing content that suits the government’s idea. While issuing a banning order is easier, compliance would be extremely difficult.” Some of the companies may even be operating their sites offshore, which will make it difficult to regulate them.

But, what Sushil Modi says has to be taken seriously. A former Deputy Chief Minister of Bihar who also functioned as Bihar’s finance minister for 13 years, Modi is meticulous in thought and action. It was his performance as the chairman of the goods and services tax (GST) committee under the then finance minister, Pranab Mukherjee, in 2011 that earned Sushil Modi appreciation from the veteran Congressman, who praised him for his “efficiency and knowledge”.

A school teacher in Patna thinks video games are being made the scapegoat for parents’ moral panic and distrust of the new medium, and blamed for any cause of concern with their children. “Video games are being held responsible for creating a population of addicted, aggressive, socially inept children. But is it not oversimplification to blame video games for everything wrong with our children? Are any of these fears supported by scientific evidence?”

Modi pointed out that the younger generation is susceptible to the addictive lure of such games and since they operate online and there is no effective way to prevent kids from engaging in them, it may have serious consequences on their future.

Having evolved tremendously in the recent past with the increasing consumption of data, the online gaming industry has become increasingly popular. Online games like rummy, poker and other sports games offer players real money as reward. So, Modi’s point about luring the susceptible with incentives is not completely off the mark.

But the income from gaming is also taxed. Under Section 115BB of the Income Tax Act, which is a provision for income that is earned through online games and falls under the category of ‘Income from Other Sources’ while filing IT returns, all winnings from card games, betting and gambling are taxed at a rate of 30 per cent, excluding cess.

Taxation then may not be an issue, but how much is too much when it comes to video games is the question.