What Is ECC RAM and Can You Use It for Gaming? 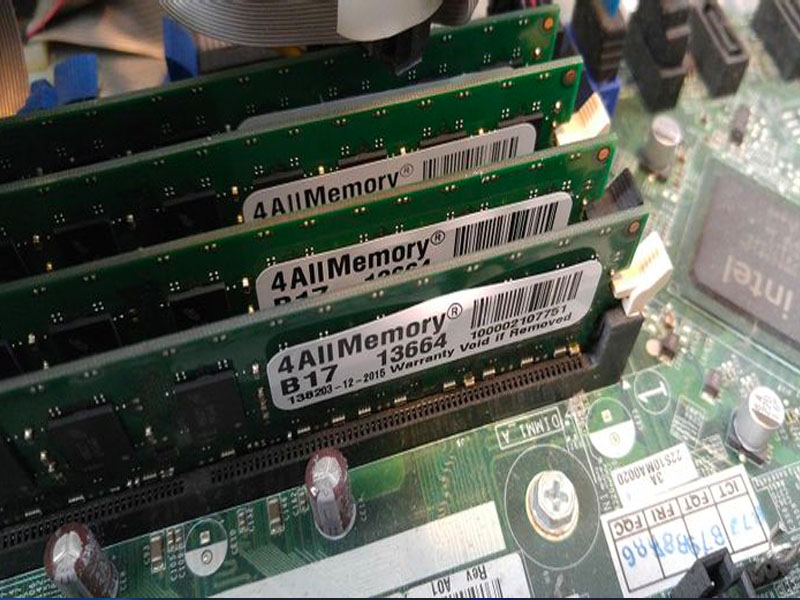 It's virtually error-free, but does that make it good for gaming?

If you're a tech enthusiast or a tech professional, you may have heard of ECC RAM, how it protects data and prevents system crashes. You may then start wondering, "How come ECC RAM isn't the norm for computers? Wouldn't it be great to create non-crashing consumer PCs?"

So, to answer your questions, let's explore what ECC RAM is, how it saves our society from total catastrophe, and why it's overkill to install ECC RAM in your high-end gaming PC.

What Is ECC RAM?

So before anything else, we have first to define what ECC RAM is. ECC stands for Error Correction Code. This type of RAM sports an extra memory chip, ensuring the integrity of your system data by correcting memory errors in real-time.

This is similar to RAID storage configurations, where you use two or more drives to ensure data integrity if one of your storage devices fails.

The ECC RAM module looks at the data the computer sends to it, compares it to the data stored in the extra chip, and automatically informs users of any error and corrects it if possible.

The Purpose of ECC RAM

Computers are sensitive to outside interference, like radiation and radio waves. Computer hardware can also introduce its own errors, especially as it ages. While these errors can cause problems like crashes and the blue screen of death for most consumers, they're typically not crucial enough to warrant the additional cost of ECC RAM.

However, if you're working on crucial tasks like advanced computational science, financial market data, military defense systems, and even electoral results, you want to protect the integrity of your data.

For example, in 2003, a candidate in the Belgian elections received more votes than was possible. This error was only detected because of how the Belgian preferential voting system works. When the election officials manually recounted the ballots, they discovered one candidate had an extra 4,096 votes.

They found no errors after rechecking the entire system for any security breaches or foul play. However, the only reason they could come up with was that a cosmic ray hit one of the computers and caused a bit flip at the 2^13th transistor, thus adding an extra 4,096 votes to the total tally.

It can also find double-bit and triple-bit errors and inform the user of the problem. However, this requires manual intervention as the ECC RAM module cannot correct issues of this magnitude.

What You Need to Run ECC RAM

While ECC RAM is compatible with most consumer motherboards, their error correction capabilities aren't usually supported by these motherboards unless explicitly stated. As the general consumer doesn't typically use ECC RAM, motherboard makers drop this functionality to save money.

Furthermore, consumer-grade Intel processors have disabled support for ECC memory. You'll have to stick to AMD chips if you want to take advantage of error-correcting RAM. Also, note that AMD doesn't explicitly support ECC functionality. Instead, it lets the motherboard makers determine if they'll let users take advantage of this feature.

Is ECC RAM Good for Gaming? Or Just Error Protection?

Now that you know what an ECC RAM module is and how it works, you might be thinking, "What benefits will I get from ECC RAM?" After all, who doesn't like error protection? You could save yourself from unwanted crashes and lost data or gaming defeats due to an unknown memory bug.

However, is that really the case?

There are several reports of users running gaming and productivity benchmarks on ECC RAM and finding that it runs slower than standard high-speed RAM. Even Crucial, the popular RAM and SSD manufacturer, states that ECC RAM runs around 2% slower than comparable non-ECC RAM. So, in terms of gaming, ECC RAM might stop an error, but you're losing out on absolute performance.

Furthermore, since current non-ECC RAM is robust and stable, there is no need for error correction of this scale for everyday use. Servers typically use ECC RAM because they require utmost stability. This avoids corrupted data and ensures that the data you put in long-term storage and retrieve in the future are accurate.

ECC modules are also vital if you're dealing with crucial data, where a single, undetected error has a high monetary cost, impacts society significantly, or puts human lives in jeopardy.

DDR5 SDRAM now has ECC baked onto its die, unlike previous RAM standards, ensuring denser RAM chips with more capacity in the same space to avoid storage errors. That way, the memory module can now detect and correct bit flips and other errors inside the chip before sending it to the processor.

Still, this is different from a DDR5 ECC RAM, which also corrects errors as data transits from the processor to the RAM and vice versa. Nevertheless, the addition of on-die ECC means that the chances of errors are significantly reduced even in consumer-grade systems.

If you demand 100% confidence in your data, then your system must have ECC RAM. An ECC RAM module ensures you avoid errors in your work, maintaining the integrity of your output. And while it's slower than standard RAM and costs about 20% more, it brings unmatched reliability that can save you hundreds of lost person-hours due to data errors and failure.

For now, if you're a general consumer who uses your computer for gaming and general productivity, chances are you don't need ECC RAM. But when you're working on crucial data, like financial calculations or time-sensitive projects where you cannot afford to lose productivity, then the additional protection of ECC RAM is for you.