What games have you bought more than once, and why? 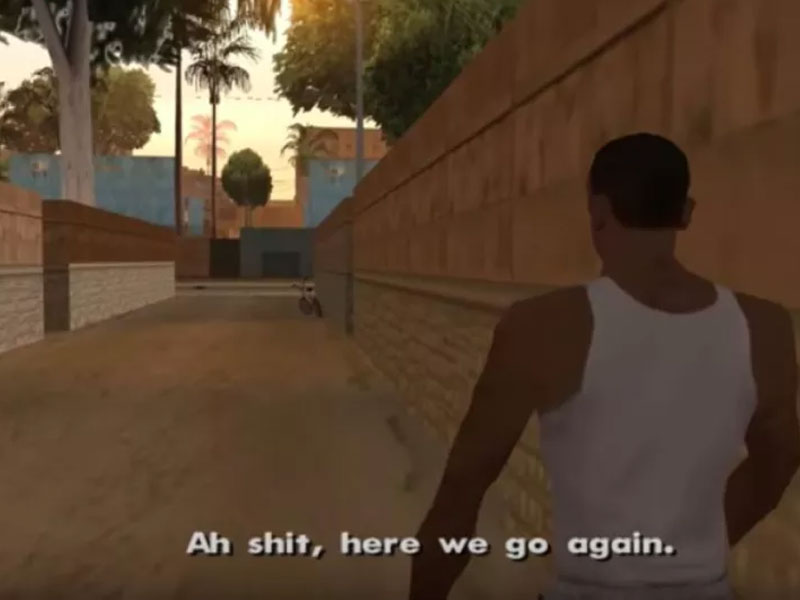 Sometimes we like a game enough to double-dip. Or triple-dip.

Maybe you wanted a digital copy to replace an aging physical copy. Or one of those Complete Gold GOTY Ultimate Everything editions to get all the DLC for a game you already had. Maybe you wanted a game on a different platform for the sake of cross-play, or convenience. Or you forgot you owned it already until you went to activate the key from a bundle. Look, it seemed like a bargain at the time.

What games have you bought more than once, and why?

Here are our answers, plus some from our forum.

Natalie Clayton: Tragically, I first played The Orange Box on Xbox 360. My PC at the time had become a sputtering mess that would blue-screen maybe a third of the time you tried turning it on, mind, and I did have a brief run as one of the best Scouts on console TF2. But the call of modding was strong, and when I finally got a decent laptop, Valve's bundle was the first thing I bought—and I immediately set to work downloading every custom campaign I could find while getting to grips with the Source mapping tools myself. I rarely (if ever) released any of those maps, but it pretty much kickstarted my short career in game development.

Sarah James: I've done this with quite a few games but the main culprits are Final Fantasy X/X-2, Final Fantasy 12, and the Final Fantasy 13 trilogy. The first two I own on four (4) separate platforms, while the FF13 trilogy I own on three. Why? I'm not really sure. I think it's mostly because I adore them and the thought of not being able to play whenever I want is actually upsetting. Not that I can think of a scenario where I wouldn't have access to at least two of them but better safe than sorry!

There is another reason though, which has only occurred to me now. There's something really satisfying (exciting?) about replaying a game from scratch on a new platform. It's not the same as just picking the 'new game' option from the menu because you've already done it—it doesn't feel new. I don't think it's an achievements thing either, though there is a certain amount of satisfaction when you see those pop up for the first time. I don't know, maybe I'm just weird.

Tyler Wilde: I mostly own doubles of games because I had them on disc in the '90s and then bought them again a decade or two later on Steam, or remastered in some way. Who knows where my Zork: Grand Inquisitor DVD is? (Yeah, that's right, I had the enhanced DVD-ROM version.)

Morgan Park: I may or may not have purchased Rainbow Six Siege... six times. I started out on PS4. Then a year later a friend wanted to play with me but only had an Xbox, so I bought us both used copies. Then I finally got a good PC and had to try the game there. Then I bought a copy for my partner (who never played it, understandably) and one more time for a friend on PC when it was discounted. I'm not sure if buying games for other people really counts, but I do feel ridiculous owning Siege on all three platforms. It's a miracle I haven't bought it on Stadia yet.

Christopher Livingston: I think I've bought Sam & Max: Hit the Road three or four times. I know I first had it on a floppy disk (which I no longer have) and also on a CD (which I still have). And I definitely had two copies of it on CD, possibly because it was sold in a pack with other LucasArts games at some point? I can't recall, but I remember giving my spare to a friend. And now I also own it on Steam because I wanted to play it recently, and I no longer have a CD drive on my PC, plus who knows how hard it would be getting it to run almost 30 years later? Anyway, money well spent. Would buy again, honestly.

Andy Chalk: There are a few, but the one that leaps immediately to mind is Plants vs. Zombies. I bought it digitally from PopCap, and then picked up (in no particular order that I can recall) the standard boxed edition, the Collectors Edition with a little Sunflower model, the Disco Zombie limited edition, and a DVD-box copy that I saw somewhere for 99 cents. I have a feeling there's another box around with a different figurine—a Pea Shooter, maybe? Anyway, Plants vs. Zombies is the perfect videogame, and if I ever run across any more editions I don't already own, I will absolutely throw money at them.

Colif: Only reasons I have for buying a game again are:
1. to actually play it again, games such as Sacred 2 weren't on Steam until way after release. Convenience more than anything.
2. To play it on a different format. I bought Diablo 3 on PC, PS3 & PS4.
3. To play it on a new console. This sort of applies to Diablo 3 but its more Journey.

So far haven't accidentally bought same game twice, but I have done that with books before.

Frindis: Besides freebies on multiple platforms, I have bought two different versions of Skyrim (Special and Legendary edition) because of the mods I could use with them.

mainer: The primary reason I'll buy a game a second time is to have a digital version of an older game that I have in physical form; either DVD, CD, or even on a set of ancient floppy disks. Digital versions of these games will usually run fine (although some need some tweaking) on modern systems and are fully patched to the latest version. I do wait for sales, bundled deals, or the occasional freebie before making a re-purchase.

The second reason would be a remastered or remake of a game I like. We've been seeing a lot of these this year, and I really love that some older classics are getting a makeover to run on modern PCs, but it's essentially the same game.

JCgames: I bought a second copy of Mechwarrior 5 because I wanted to play with friends LAN style at my place. It's a really fun co-op game that has crossplay between Steam and Epic.

I also grabbed Freedom force and many others from GOG because they fix some issues with newer systems. Besides maybe if enough people keep buying FF irrational might actually make a third!

OsaX Nymloth: Do I really need to explain why I have like 3 or 4 copies of Fallout 2?

Zloth: Well, Final Fantasy 7, of course. Because I bought it back when it showed up on PC in the '90s but didn't keep it around. Then somebody mentioned it and I had to buy it again.

Pifanjr: I think I might have bought Skyrim twice. Once physical and once as the digital GOTY edition when it was on sale, because it was cheaper than buying the DLC separately.

ZedClampet: Sometimes I'll buy a bundle that has games included that I already have. We now have a thread here where some of us offer these extra keys up to whoever wants them.

One case where it wasn't a bundle was with Fallout 3. I bought the original edition on Steam without realizing that it didn't actually run anymore. This was before refunds, and I was pretty irritated that Bethesda would keep a game for sale that didn't run on current gen Windows. I spent an hour getting it to run, but then the GOTY edition, which runs fine without doing anything to it, went on sale for practically nothing, and I bought it.

Other than that, as a lot of others are saying, I've bought digital copies of games that I had physical copies of from the days of yore.

(Image credit: The 3DO Company)

Sarafan: Most notable example of a game that was bought by me several times is Heroes of Might and Magic 3. Basically the first copy that I owned had some irritating bugs in my region. When the two expansions were installed, only the Shadow of Death campaigns worked properly. The rest had some missing audio files during the cinematics and warning pop ups about missing files.

So I decided to buy a boxed Complete Edition. This version had some bugs regarding translation in my native language and problems with implementation of the Shadow of Death changes. Nothing that couldn't be fixed by some file editing, but after a few years I decided that I need a solid base for modding. That's why I decided to buy a third copy of the game on GOG (this time the English version) and it finally works flawlessly!