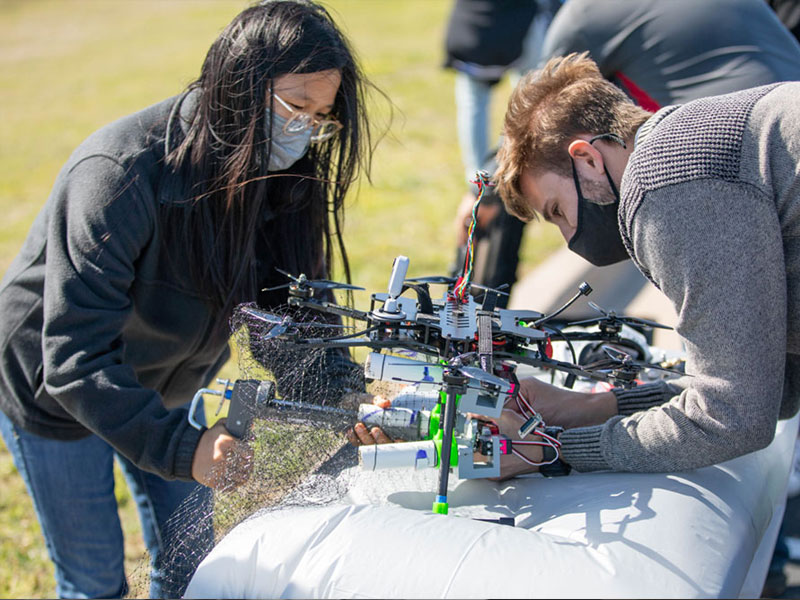 Three groups of University of Texas at Dallas engineering students took on a corporate-backed challenge: Design and build a low-cost, portable system for sponsor Lockheed Martin Corp. that can disable a “hostile” drone.

Each group in the UTDesign senior capstone class worked separately, each with a $3,000 budget. After months of planning, testing and navigating issues such as vendor delays, the teams came up with different successful solutions at a demonstration on campus last spring. None had seen the others’ designs.

Each team showed faculty mentors and Lockheed Martin officials how their designs work. One group, Icarus Solutions, used 3D-printed parts to convert a paintball gun into a mechanism that shoots projectiles containing wound-up fishing line. As the projectile flies toward a target, the line unwinds automatically creating a device that can entangle the rotors of a drone. Another team, UTDefense, designed a drone in a cage, which protects the drone as it collides with and disables a hostile unmanned aerial vehicle.

UTDefense’s design featured a drone inside a protective cage, allowing the system to collide with and disable a hostile unmanned aerial vehicle.

The third group, Team Takedown, won the challenge with its custom drone, which sported a cannon that shoots spring-loaded projectiles that cast a net to capture an enemy drone.

Elizabeth Pham BS’21, the team’s leader, attributed Team Takedown’s success to a strong group dynamic and “incredible mentors.” Pham, who in May earned her UT Dallas degree in mechanical engineering, said the project helped her feel more prepared to begin her career.

“Everyone on the team was diligent and communicative with one another, and we were able to be optimistic and resilient among failures,” Pham said. “Although winning the challenge was rewarding, I will always remember the long hours and late nights working on this project with my team. Through this journey, I came out with new skills, both technical and leadership, but I also came away with new friends, and winning the competition was the cherry on top.”

UTDesign is a capstone course that gives Erik Jonsson School of Engineering and Computer Science seniors the opportunity to work with faculty and corporate mentors on real-world problems for sponsors. The program sometimes provides challenges in which a few teams work separately on the same problem for a sponsor.

“Although the three teams worked on exactly the same problem, they each came up with a unique, creative solution that met their client’s specifications. It was great to see that all of them were successful,” Hart said. “This project let the students show off their creativity and engineering abilities while helping them understand that in engineering design there is no single, best solution to a problem. I believe that the students learned many valuable skills from this experience that they can carry forward into their careers.”

David Wright, a senior manager in mechanical engineering at Lockheed Martin, said he was impressed with the students’ work. He said Lockheed Martin, which has hired a number of UT Dallas alumni, became a UTDesign sponsor to expand its relationship with the University.

“The teams experienced real-world problems,” Wright said. “They all worked hard. They were detail-oriented and learned to overcome obstacles and manage their time. All of their designs were a success.”

Members of the UTDesign team Icarus Solutions demonstrated their design that used 3D-printed parts to convert a paintball gun into a mechanism that shoots projectiles containing wound-up fishing line. 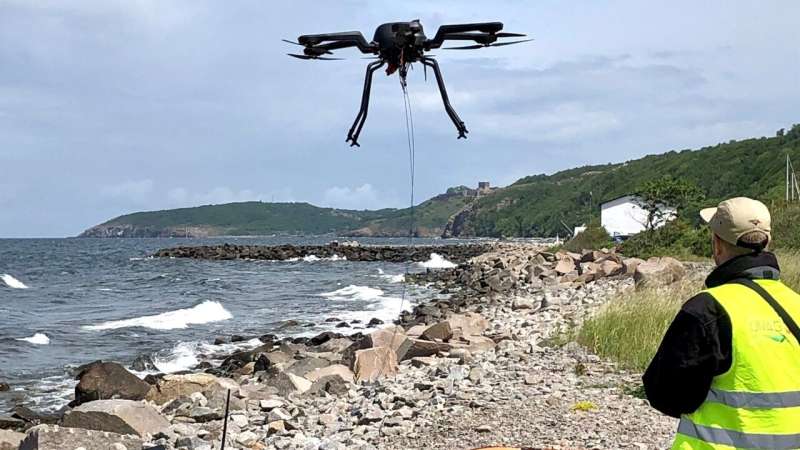 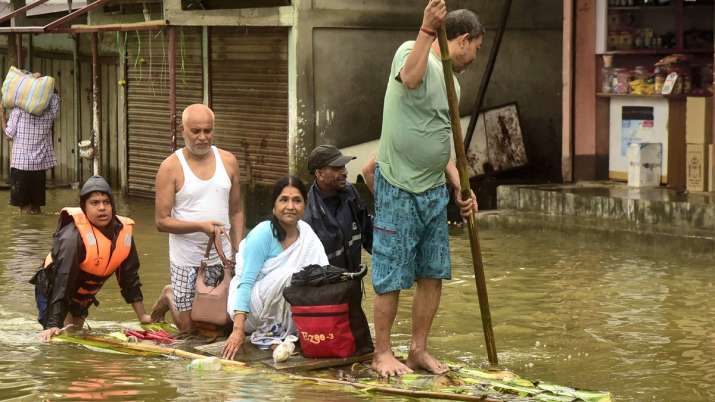 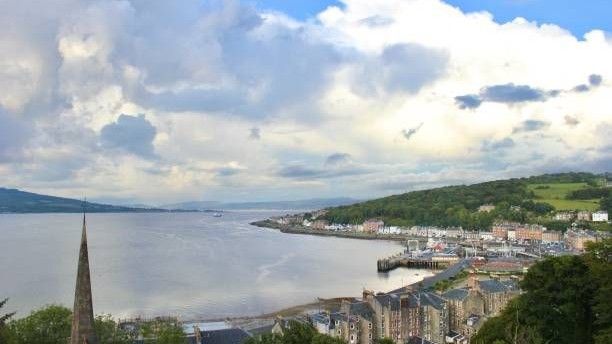 The era of drone tech: from agriculture to sports drones are everywhere! 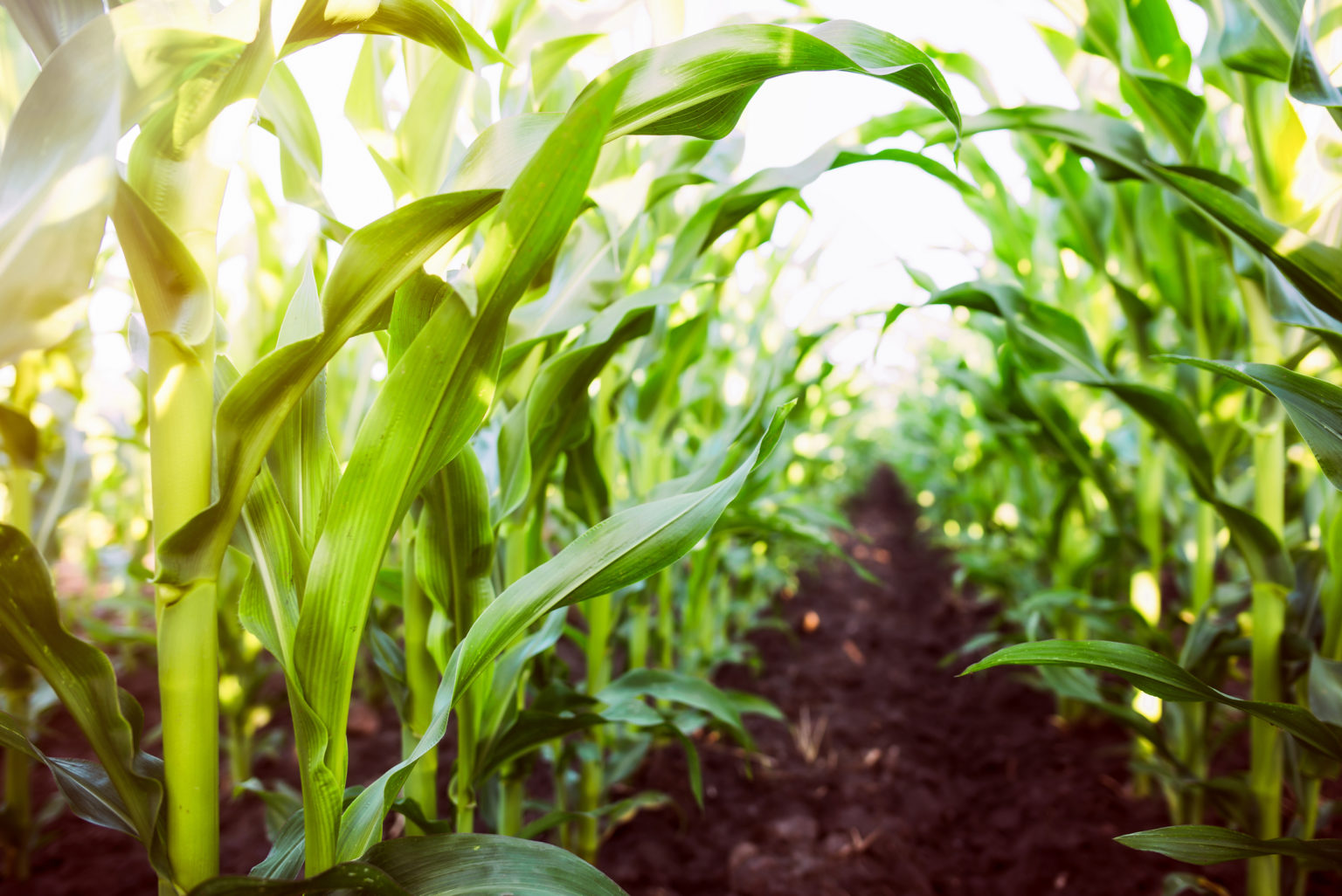