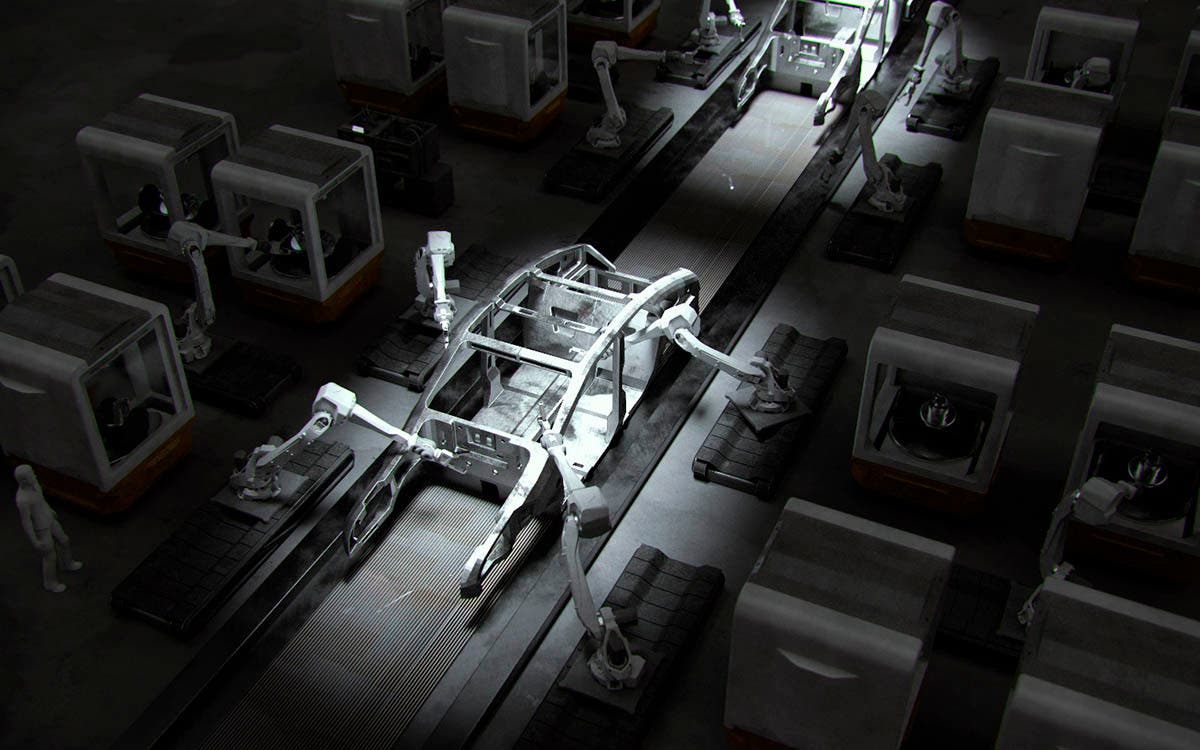 When you talk about autonomous technology related to the automobile industry everyone thinks of the brainy driver assistance systems that step by step and level by level they take control of the cars. A technology that is being controversial in many cases due to doubts about its reliability and also because responsibility in the event of an accident is complicated. However, the partnership between Toyota and Symbio Robotics makes it clear that not all autonomous technology is questionable: artificial intelligence robots They will play a very important role in the coming years for the production of electric vehicles.

The use of robots for the mass production of automobiles is nothing new. They have been used for decades to increase productivity and product quality. What has changed is the ability to perform tasks that they have been obtaining. Symbio Robotics robots take a fundamental step in these capacities that supposes a major change for the industry.

The new SymbioDCS software that governs them implements artificial intelligence algorithms (AI) so these robots learn as they work by becoming more productive and efficient. Until now, most industrial robots used on car production lines could operate within a set of parameters, making it difficult to adapt to new products.

While some of these enhancements require minor or major modifications to the software, ultimately, the AI ??part of SymbioDCS allows small improvements to be made automatically. Robots adjust their work as they work, because they are able to learn from their mistakes so as not to make them again.

Every time a robot completes a task, it collects all the information about its work, applies it to the next and also share it with the rest. This learning system is so good at what it does that Ford, which started using the technology last year, reported a 15% reduction in your process time (in this case, a transmission assembly). In addition, the time required for their robots to adapt to new products was cut in half compared to previous manufacturing methods.

Are two new capabilities They represent great improvements in two fundamental areas of production that can significantly reduce costs in the long term. They also provide more safety for workers by reducing risks on the assembly line. Toyota says it plans to use Symbio Robotics products on both its traditional hybrid vehicle production lines and those for new electric vehicles coming in the next few years.