The Power of Interoperability Within Blockchain Ecosystems 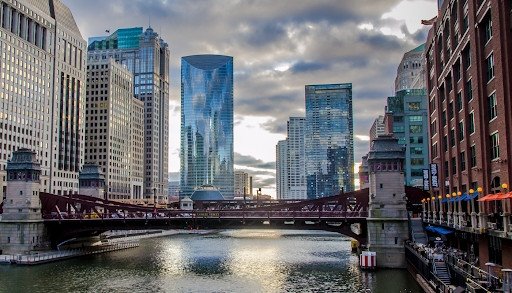 Interoperability has become a hot keyword in the blockchain space over the last few years. Principally, a blockchain’s interoperability is the potential ability to communicate between blockchain ecosystems through the construction of linking chains or ‘bridges’. These bridges ensure that two different blockchain mechanisms can interact, share information, and connect.

Systems that rely heavily on interoperability see a vast range of positive benefits, spanning everything from increased transaction speeds to a more extensive range of potential applications of the blockchain. The connection between these chains relies on cross-chain technologies, which allow different pathways to be forged and sustained between two or more different blockchains.

As an ecosystem becomes more interoperable, the blockchain technology itself becomes more effective, helping to build projects, launch multi-token transactions, boost privacy, and further develop the potential security that an ecosystem can offer. In short, interoperability is one of the most important aspects of blockchain and will help further develop the whole industry.

In this article, we’ll be taking a look at the leading blockchain ecosystems that are pushing forward blockchain interoperability on both a microcosmic and macrocosmic scale.

When Polkadot launched their Parachain system in late 2021, they radically increased the extent to which their platform could work interoperability. This is a layer-one blockchain system that overcomes many of the limitations that apply to other layer-one systems like Ethereum.

Polkadot’s Parachains focus on allowing independent platforms, blockchains, DeFi communities, and economies to connect into the overarching Polkadot system. With this flexibility, developers can use the toolkit that Polkadot supplies to build effective apps, making the most of the blockchain system that Polkadot already has in place. With this developer freedom, more and more other chains have started to link into Polkadot, using their security services to start constructing more complex blockchain systems.

Without extremely high gas fees needing to be paid, Polkadot allows its users to design, develop, and create complex blockchain-based application projects. No matter whether the application is an independent economy, smart contract, or designed specifically to better the Polkadot ecosystem, it’s easy to link a new chain to the system.

Polkadot has further pushed the idea of community support on their project by hosting new Parachains on their crowdloan system. From this, users are able to financially back Parachain projects that they find interesting, boosting the speed with which new features are developed on the platform.

An example of one of these projects is Polkadex, which offers an entirely functional cryptocurrency exchange run off Polkadot. Offering a range of easy-to-use financial features, Polkadex uses Polkadot’s interoperability to further boost the range of features available on the central blockchain. In doing so, both the value of Polkadex and Polkadot increases as they simultaneously connect and become symbiotic.

This is just one example of many projects that Polkadot has introduced using their interoperable Parachain system. This advancement represents a new step in blockchain, allowing many independent projects to link into an ecosystem with fast transaction speeds and low costs.

Taking Interoperability Even Further with Oraichain

While ecosystems like Polkadot allow for independent chains to link into layer-one ecosystems, providing a fantastic playground in which developers can create, it falls short at global interoperability.

That’s where Oraichain’s AI Oracle comes in, aiming to create an unprecedented level of interoperability across all major blockchains. The Oracle AI represents the ability to create smart contracts that are processed more efficiently. They usher in the end of the ‘read-only’ smart contract era, making these contracts much more efficient.

Due to this, when a chain begins to use the AI Oracle provided by Oraichain, the artificial intelligence system allows developers to create and interact with smart contracts within a range of programming languages. This considered, they can then be adapted to bridge effectively across any popular blockchain.

While a system like Polkadot will allow other independent chains to bridge into its ecosystem framework, the AI Oracle will allow interoperable networks to form between large-scale ecosystems. Popular blockchains like Polkadot, Binance Smart Chain, Cosmos, and Ethereum all obtain the potential to be interlinked, shifting the progress of interoperable blockchains into hyperdrive.

Alongside the potential to forge connections between blockchains, Oraichain also offers a full range of services in their suite, allowing users to create Ai models to solve problems. The development of this AI API allows artificial intelligence to enhance smart contracts, securely accessing external APIs and linking to them.

Just like Polkadot, Oraichain is a community-based project, with user-support at their center. That’s why any changes to the system are democratically reviewed by validators and stakeholders, ensuring that the project stays on track with community principals and targets.

Within the Oraichain system, they also have built-in features that entice new developers to the ecosystem. By offering rewards for users that publish, edit, or refine work on the Oraichain ecosystem, they effectively ensure that new features are regularly published, further driving the extent to which the AI system continually gets more advanced.

With this, the capabilities of this interoperable system only further grow, funneling more progress into the innovative system of connection. By linking across multiple chains, Oraichain represents a step towards a bridge across all major blockchain networks, demonstrating the future potential of this system as a leading blockchain ecosystem.

Two large-scale problems faced blockchain, each acting as a limiting factor for its development. The first of these, scalability, is seen most evidently within the Ethereum blockchain ecosystem. Yet, with the development of ecosystems that can process more transactions in a second, this limiting factor has fast become a thing of the past.

The second limiting factor is the extent to which individual blockchains can communicate and pass data. However, with the rising awareness around interoperability and the strides taken on a micro and macro scale by ecosystems and chains like Polkadot and Oraichain, this has also become a fact of the past.

As we continuously move into a stage of blockchain development where we see an advancing level of interoperability, whole ecosystems become more reliable, safer, faster, and continuously obtain more features.

With interoperability comes blockchain’s success, this incredible system allowing for the intercommunication of chains and solidifying blockchain as a technology that’s here to stay.