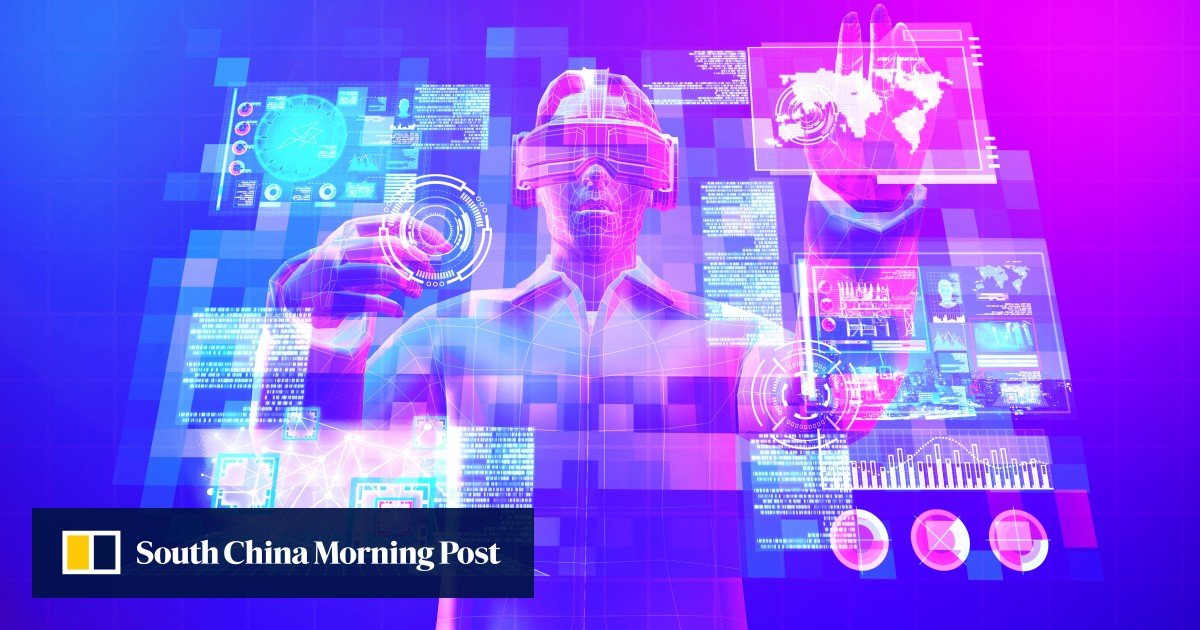 Chinese Big Tech companies, led by internet giants Tencent Holdings and Baidu, comprised more than half of the world’s top 10 filers of patent applications for virtual reality (VR) and augmented reality (AR) technologies over the past two years, showing a strong effort to establish a foothold in the emerging metaverse market.

Tencent, which runs the world’s biggest video gaming business by revenue and China’s largest social media platform, filed a total of 4,085 VR and AR patent applications in 2020 and 2021 to rank second in the world behind the 4,094 filings made by Samsung Electronics in the same two-year period, according to a report published this week by Chinese-language intellectual property information portal IPRdaily, citing data from research and development analytics provider PatSnap.

Chinese internet search market leader Baidu, which launched its metaverse app Xi Rang in December, took the No 3 spot with a total of 3,094 VR and AR patent applications in the past two years, according to the IPRdaily report.

VR and AR are regarded as the fundamental technologies behind the development of the metaverse, the concept of a shared virtual environment that users access online, which is widely considered as the next generation of the internet.

VR immerses a user in an imagined world, like in a film or video game, with the aid of an opaque headset such as those from Oculus, a division of Facebook parent Meta Platforms. AR provides an overlay of digital imagery onto the real world with the use of a clear headset, like Microsoft’s HoloLens, or with newer smartphones and tablets.

US technology companies, meanwhile, appeared to lag behind in the number of VR and AR patent applications the past two years, according to the IPRdaily report.

Software giant Microsoft ranked tenth with 2,108 patent applications, the most filed by any US firm over that period.

With many companies and even local governments in China pursuing metaverse-related projects, worldwide spending on AR and VR products and services is forecast to reach US$72.8 billion in 2024, up from about US$12 billion in 2020, for an annual growth rate of 54 per cent, according to data from tech research firm International Data Corp.

The rush to file AR and VR patent applications shows that Chinese companies recognise the high stakes involved in having a strong patent portfolio to further develop these technologies, while protecting themselves from extraterritorial IP disputes as the metaverse market expands.

Virtual reality headsets have been used to immerse a user in an imagined world, such as this woman on a virtual visit to the Great Wall of China. Photo: Shutterstock

“The popularity of AR and VR has seen a big rebound since 2019, as these technologies matured and interest in the metaverse concept increased,” said Chen Gaojie, an IP researcher at PatSnap. “The growing number of patent applications from both Tencent and Baidu show they possess robust technical reserves, helping them gain first-mover advantage in the metaverse arena.”

Shenzhen-based Tencent was one of the early Chinese technology companies to promote the metaverse concept, but described it differently.

Pony Ma Huateng, the company’s founder, chairman and chief executive, used “quanzhen internet”, or all-real internet, as the term for the technology’s next generation in the firm’s annual brochure in 2019.

“I believe that Tencent has a lot of technology and capabilities to explore and develop the metaverse,” said Ma during Tencent’s third-quarter earnings call with analysts in November. “We have a rich experience, for example, in the fields of games, social media and artificial intelligence.”

Released in 2016, the mobile game Pokemon Go helped popularise use of augmented reality technology on both iOS and Android devices. Photo: Shutterstock

E-commerce giant Alibaba Group Holding, meanwhile, filed a total of 2,035 VR and AR patent applications in the past two years to rank eleventh on list of IP filers tracked by PatSnap.

Alibaba, which owns the South China Morning Post, plans to launch new AR glasses for users to conduct virtual meetings over DingTalk, the company’s enterprise communication and collaboration platform, in its latest move to stake out a claim in the metaverse.

The number of patent applications, however, does not fully represent a company’s capability in further developing the metaverse, according to Zhang Shule, an independent analyst covering China’s information technology and video gaming industries.

“The key here is to make a finished product, which functions as an entrance to the metaverse,” Zhang said. “How a company reduces the weight of AR and VR equipment, while adapting them to more scenarios, will also determine whether it plays the role of a platform provider for the metaverse or simply a firm using an existing platform.”

This week, Beijing started rejecting various metaverse-related trademark applications, as authorities move to prevent abuse in registering the word amid the frenzied pace of submissions by many companies since last year.

Multiple trademark applications containing the word yuan yuzhou – translated as metaverse in Mandarin – have been denied registration by the National Intellectual Property Administration.

Massive numbers of applications for trademarks are likely to cause squatting because these involve many brands, according to PatSnap researcher Chen.

By comparison, patent applications will not lead to a company getting exclusive rights related to the metaverse, Chen said, because various cutting-edge technologies are involved, including artificial intelligence and blockchain.