SIDUS HEROES: a AAA Blockchain Game Unlike Anything That's Come Before it 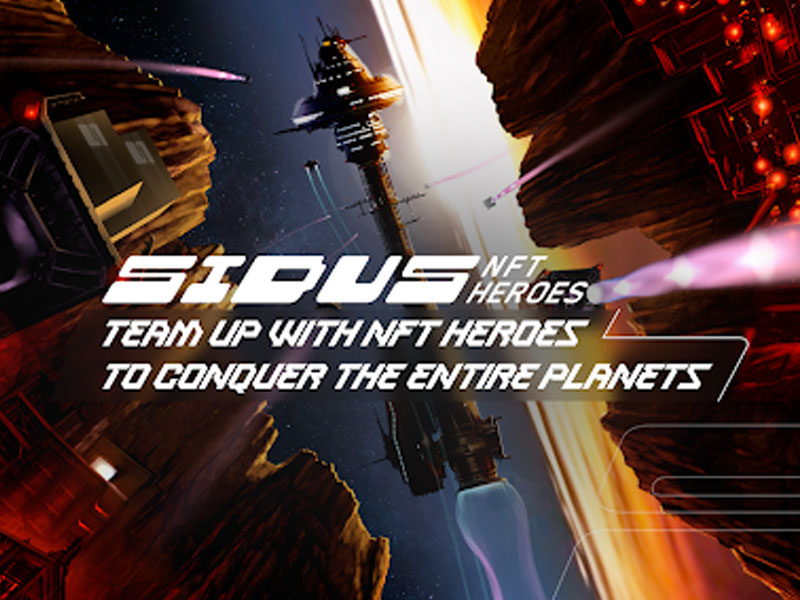 In the early days of the crypto boom, a handful of developers saw the blockchain as an intriguing medium for game creation. And that led to some interesting - yet ultimately limited - early blockchain games. The trouble with most of them was that they seemed like examples of developers trying to find a way to base a game around blockchain functionality rather than attempts to build compelling, high-quality games.

But those days are now behind us. With the maturation of the blockchain and the massive boom in NFT development and acceptance around the world, it's now possible for game creators to build something different - a new breed of games collectively known as GameFi.

GameFi, as its name suggests, is a type of gaming where players gain financial rewards for their gameplay. It's the ultimate merging of gaming with blockchain technology, and it's allowing developers to create real AAA-style games that players have a real reason to flock to. And there's one on its way that will redefine what blockchain gaming can look like.

It's called SIDUS HEROES, and it's a massively multiplayer online role-playing game (MMORPG) that would be right at home among titles like World of Warcraft, The Elder Scrolls Online, and Old School RuneScape. Here's a bit about the game and why it might signal an impressive new era of blockchain gaming.

SIDUS HEROES is an MMORPG that revolves around a massive open-world sandbox experience. At its heart is a battle arena, where players can engage in PvP battles or fight as members of legions for dominance. There's even already a live demo of the battle arena, showcasing the game's stellar graphics potential.

And the game's metaverse goes much further than the arena. It's a universe-size sandbox filled with characters hailing from twelve different tech-inspired nations. Each has its own unique traits and predispositions, and players can choose their character from among them when beginning the game. And once they're in the game, there's far more to do than fight with one another.

Players in SIDUS HEROES can take on a variety of professions, where they can sell the fruits of their labor in exchange for the game's native SIDUS token. Or they can buy a ship and use it to explore the metaverse, either as a benign traveler or a feared space pirate. And through it all, they can amass a war chest of the game's other native token, SENATE, which gives players a say in how the game evolves going forward.

The use of the SENATE token as a governance mechanism is another innovation that's unusual for a blockchain-based game. Players who hold the token can buy land in the game and space ships and their own modules on the space station housing the battle arena, along with production, research, module manufacturing, etc. That kind of advanced citizenry is intentional - because the developers also give SENATE holders the power to vote on changes to the game.

They get a vote that's proportionate to the amount of SENATE they own, so the developers want them to have a major stake in the game, too. The idea is that players with a major land or property investment in the game will act rationally to preserve and enhance the SIDUS HEROES metaverse. And that makes them perfect for serving as a governing force.

But players need not get bogged down in the politics of the metaverse if they don't want to. Instead, they can spend their time participating in a thriving in-game economy, using the game's play-to-earn mechanisms to their advantage. And because almost everything inside the game is commoditized, there are plenty of opportunities to earn.

Players retain ownership of just about everything they collect in the game. That means they're free to sell character outfits they've acquired or consumables and other goods they've produced. But they can also collect and sell pets they've collected in their travels. Or charge rent for the usage of their properties. The list of money-making opportunities is near-endless. And when combined with top-notch graphics, engaging gameplay, and an ever-expanding game metaverse - that's a recipe for player loyalty like no other blockchain game has ever had.

If it sounds like the developers of SIDUS HEROES have their sight set high, it's because they do. And befitting that ambition, they're also planning an upcoming IDO to reach the widest possible audience. It's happening on December 15th and will feature the simultaneous launch of both the SIDUS and SENATE tokens on no fewer than seven major launchpad services.

That's an unprecedented kickoff for a game that looks poised to revolutionize the nascent GameFi space. But it's just the beginning. The developers are already on track to reach a beta launch of the game early in January, with holders of Genesis collection NFT Heroes purchased from the game's OpenSea collection eligible to participate. And soon thereafter, the beta will expand to include even more players with the launch of SIDUS Academy Collection.

The big flurry of activity is designed to prepare for a wide-scale game launch by the end of Q1 2022. If that date holds, it will be a remarkable achievement for the developers, who are now working flat out to build SIDUS HEROES' ambitious metaverse. And if the finished product is anywhere near as good as the game's demo suggests, blockchain gaming fans - and gamers in general - are going to be hearing plenty more about the game quite soon.