Should you buy a prebuilt gaming PC on Black Friday 2021? 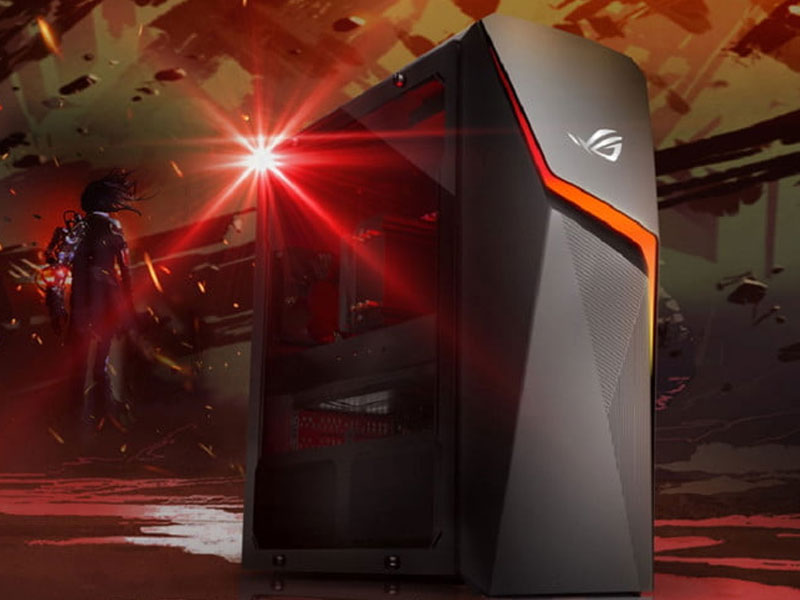 Black Friday is known for being the best time of the year to buy electronics, but are there any good Black Friday gaming PC deals? Sure! Prebuilt PCs, when chosen carefully, are a fantastic gateway to the world of gaming — even more so this year, when the chip shortage has left the PC market so bare. Read on below to find out how to make the most of the Black Friday deals that have already started and get your gaming PC quicker.

Building a PC from scratch has never been harder than this past year. The reason is simple — the chip shortage has affected the market at large, limiting the supply of graphics cards and other crucial PC parts. Add to that the fact that many people are spending much more time at home, and we’ve got a pretty dire situation on our hands. Both desktops and laptops have been in short supply, and what’s worse, often overpriced.

Fortunately, Black Friday truly is the main shopping event of the year. It’s the last hurrah before the holidays, and with the current state of the gaming PC market, it’s the best time to shop for a new computer. The first deals have already started popping up, letting early shoppers take advantage of considerable discounts, such as this Lenovo Legion gaming computer with an Nvidia GeForce RTX 3060 graphics card for just $1,549. While Black Friday is not quite here yet, the good deals started earlier than ever — and since the supplies may not last long, it’s better to shop sooner rather than later. Well-priced prebuilts have been selling out extremely quickly even prior to Black Friday. With the holidays just around the corner, there’s no guarantee that these deals will come back in time once they sell out. Delivery time should also be a consideration. The supply chains still haven’t gone back to normal, so just like last year, delays in shipping are possible.

As the demand for high-quality prebuilt gaming PCs is so high right now, Black Friday sales at Amazon, Walmart, and Best Buy have all started early. With the ongoing problems with the supply chain in mind, it’s good to check out these deals ahead of time, especially as they’re likely as good as they will get on Black Friday itself. For example, this CyberpowerPC gaming desktop is only $1,599 right now, and it’s covered by Best Buy’s price guarantee, so you can be sure that it’s the best sale out there. Waiting until Black Friday might save you a few extra bucks, but who is to say whether you will be able to snatch the computer of your choice before it’s sold out? Shopping early is a safe bet if you want to get a new gaming PC in time for the holidays — and the prices are already the lowest they’ve been this year.

There’s more to be said about why now is a great time to buy a prebuilt gaming PC. Considering that getting a reasonably priced graphics card is tricky (although check out our Black Friday GPU deals if you want to give it a shot), going with a prebuilt computer lets you get the components you want without hunting for additional deals. If you want to get your hands on a true gaming beast, it might be cheaper to simply jump on the Black Friday offers and get your dream computer that way. And if you shop early, you can be sure that your new PC will be ready in time for the holidays.

Why buy a prebuilt gaming PC

If you’re in the market for a new gaming PC, you’ve likely seen polarizing opinions pointing you in either direction. Build your own PC or buy a prebuilt? Both have their pros and cons, but the fact of the matter is: It’s both easier and cheaper to buy a prebuilt gaming PC these days, especially during the current chip shortage. In fact, if you want a high-end computer, buying one of the best graphics cards may cost you as much as an entire prebuilt PC bought elsewhere.

To put it simply, buying a prebuilt PC ensures that you get all the gaming power you want in the most hassle-free way possible, and you’re likely saving a fair amount of money in the process. The time-saving factor shouldn’t be overlooked either. Going down the prebuilt route saves you from having to mix and match components, triple-check that everything fits, and research for hours on end — all of which you’d have to do if you decided to build your own gaming PC. With the Black Friday deals already in full swing, now is a great time to start shopping for your future gaming PC. Whether you’re looking for something on the budget end of the scale or you want to splurge on a monster PC, several retailers have exciting offers for computers of all kinds suited for all types of games.

Let’s take a look at high-end deals. If you want a premium gaming PC, check out Best Buy’s discount on this CyberpowerPC gaming desktop with an Nvidia GeForce RTX 3060 graphics card at just $1,599, down from $1,899. There’s also this Skytech Archangel desktop, this time with a GeForce RTX 3060 Ti card and liquid cooling, currently at $1,699. These computers are powerful enough to handle any game you throw at them. More importantly, they’re future-proof and can be upgraded when the time comes, meaning you’ll get years of gaming out of this purchase. If the previous PCs didn’t quite hit the spot and you’ve got the budget, this beastly iBUYPOWER gaming PC is currently heavily discounted. You’d be hard-pressed to find a better deal for such a powerful computer, as it includes all the latest components, such as the Nvidia GeForce RTX 3080 Ti graphics card.

Want something a bit less pricey to make room in the budget for one of the Black Friday monitor deals or some other peripherals? No problem! Modern prebuilts, even relatively cheap, can still run a lot of new games as long as you don’t mind compromising on the settings. For example, Best Buy has this iBUYPOWER Element Mini gaming desktop for just $1,049 — a perfect mid-range PC for gaming enthusiasts on a tighter budget. And if you’d really like to focus on maintaining your savings, there’s always the CyberpowerPC Gamer Master with an AMD Ryzen 3 processor and an Nvidia GeForce GT 1030 GPU, currently discounted to just $709, suitable for lighter gaming and day-to-day computing. If you’d like something far better in terms of specs but just a bit more expensive, check out this HP Pavilion gaming tower that comes with a GeForce GTX 1650 and an Intel Core i5-10400F processor.

The deals we’ve dug up above are fantastic, so they may not last long, and once they’re gone, no one knows when they’ll be back in store. Now, more than ever, it’s good to think ahead and start your holiday shopping early, if only to ensure that you can dedicate some downtime to playing your favorite games on high settings.