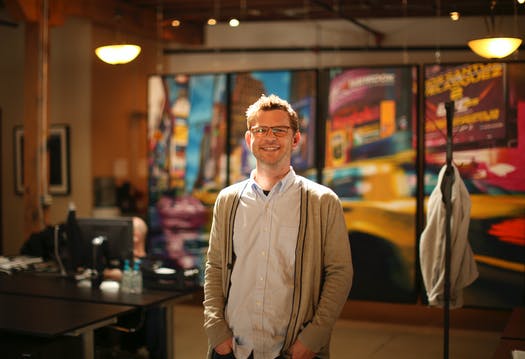 Chris Carlson is an online-gambling entrepreneur who moved to Minnesota from New York to shake an addiction in 2005 and stayed. Now he has cashed his chips and sold his company to one of the state's newest public companies for $8.1 million in cash and stock.

SharpLink Gaming, a company valued at about $45 million that seeks to be a big player in sports and other electronic gaming, has acquired most of the assets of Carlson's privately held FourCubed. Carlson declined to specify how the pot was divided between him and the other principal owner of FourCubed.

As part of the deal, Carlson, 44, is now "vice president of conversions" at SharpLink, charged with magnifying past success and recruiting more players to gamble with SharpLink's clients in the burgeoning online gaming and sports betting markets.

"I'm most proud that I'm … still standing in the gaming industry," said Carlson, who struggled somewhat with FourCubed early on. "A lot of people are gone. I'm still here and got a good result.''

In other words, those conversions and "sticky relationships" fed FourCubed's bottom line with repeat online players trying to beat the odds, again and again, whether they were participating in online gambling, fantasy sports or real contests.

SharpLink has 2.5 million-plus players engaging on its fantasy sports and sports betting online platforms through its network, sports league and media partner sites. Phythian is counting on Carlson's software platform to integrate with SharpLink to accelerate the trend.

"Rob has relations with professional sports leagues and teams that we never had access to," Carlson said in an interview last week. "We hope to penetrate them and establish relationships. We will have a lot of coverage over the internet."

And the way to make good money for SharpLink is to do more of what analytical software jockey Carlson has done with with "revenue-share licenses" from online casinos and other betting operators instead of a one-time fee. He has proved very adept at delivering to client casinos profitable customers.

The last time FourCubed marketed the account on the internet was 2015, he said. "So those players are still playing and generating $150,000 a year."

FourCubed, which has annual revenue of about $5.5 million, is getting a chunk of that spending without having to work for it. That's "sticky" revenue.

Over 90% of FourCubed's revenue stems from recurring contracts with many of the world's "elite iGaming operators, including Party Poker, UNIBET, GG Poker, Bet365, 888 poker and others," according to SharpLink.

Here's the $8.1 million bet for Phythian: "We believe that FourCubed's technology platform, its team's affiliate marketing expertise, as well as its approach to player conversions, can be readily adapted to SharpLink's platform, unleashing extraordinary value from our growing audience of sports fans as adoption of our C4 sports betting conversion technology continues to accelerate."

Against those odds, I'll stick for entertainment with TV, YMCA swims and Lake Nokomis walks. And buy something interesting at the used-book store on the way home. I don't get gambling, beyond what Grandpa St. Anthony taught me about penny poker when he lived with us in the early 1960s. And I prefer rooting for small college and high school kids.

But gambling is a growth business that makes millions for smart operators and pro-team owners. More states, and likely Minnesota eventually, are permitting sports betting.

Carlson was a junior securities analyst in New York before he chucked that for the more lucrative gig as serious poker player and online-gaming recruiter. A recovering alcoholic, he isn't overly concerned about a business that will likely also result in more gambling addicts.

"In any population there's a small percentage prone to addiction. I don't think forced absolution is the answer," Carlson said. "I don't drink [anymore] but I don't think drinking should be banned. And anybody can go to a gas station and buy a [state-sponsored] lottery ticket.'' 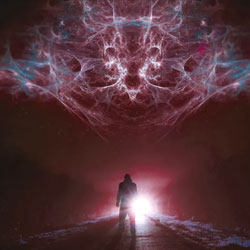