Quantum computers: How diamonds can be used as qubits 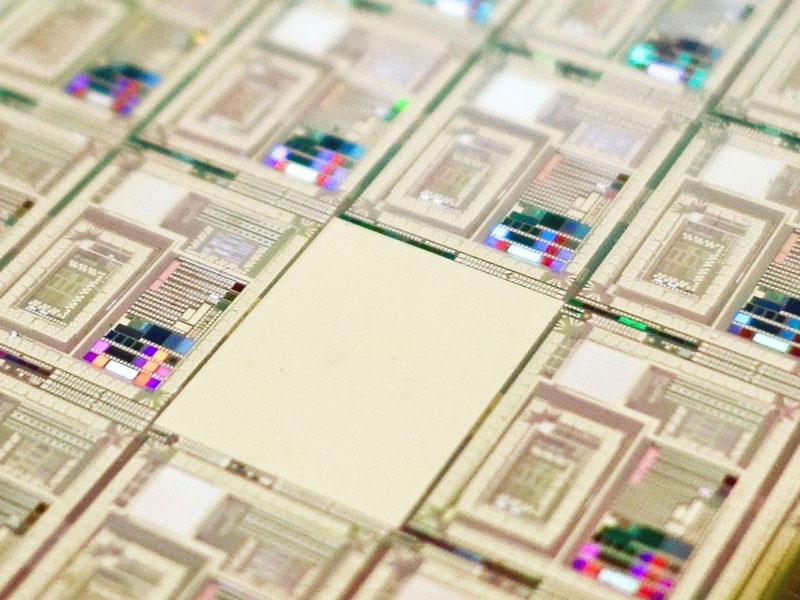 Google’s quantum chip has to be cooled down to a few hundredths of a Kelvin above absolute zero in order to function – that is colder than in space. The Australian-German start-up QuantumBrilliance has now presented a “quantum accelerator” that works at room temperature. A small quantum computer based on diamonds – more precisely so-called color centers in diamonds (NV centers, “Nitrogen Vacancy”), sits in the box, which, like a GPU, is supposed to accelerate special arithmetic operations.

Theoretically, the idea is actually very interesting: color centers are defects in diamond lattices – places where a carbon atom is missing. If a foreign atom – in this case nitrogen – becomes lodged at this point, two free electrons are caught in the defect. They not only ensure that the diamond develops beautiful colors, they leave them can also be used excellently as qubits. Because diamond is extremely hard, which is due to the fact that the crystal lattice is very stiff. Thermal oscillations of the atoms, which normally disturb the sensitive qubits in other quantum computers, do not occur here at room temperature. In a – but only purely theoretical – paper show the Australianshow they want to use the NV centers as quantum computers.

Because only small quantum modules with a maximum of 50 qubits are to be expected with this approach, QuantumBrilliance is touting the diamond quantum computers as “quantum accelerators” which, similar to GPUs, are supposed to solve special computing tasks. That XACC Framework On the software side, it should ensure that problems are automatically calculated on the parts of a hybrid computer architecture on which they can be solved most efficiently. “Quantum Utility” is what QuantumBrilliance calls it – “Quantum Usefulness”.

The argument: quantum computers are not always and in any case superior to conventional computers. They should only be used where qubits offer a speed advantage. “And if that’s only ten or twenty percent in the end, then it pays off,” says Mark Mattingley-Scott, who recently became managing director of the German subsidiary of QuantumBrilliance. “Because our advantage is: The whole technology is not bleeding edge. For example, we are currently working with a red laser, but it is also conceivable to read the qubits with a good LED. The entire interaction with the quantum states is possible without technological pull-ups.” .

No experimental results so far

Although QuantumBrilliance has sold an initial prototype to the Pawsey Supercomputing Center in Perth, Australia – neither QuantumBrilliance nor its customers have published any experimental results. Cornelius Hempel, who attended the University of Sydney researched ion trap quantum computers and meanwhile a working group at PSI in Switzerland directs, is accordingly skeptical. So far, the company has “demonstrated talent in marketing,” but has not even shown that it can control even two qubits. Similar “over-ambitious announcements” have already been made at the Australian company Silicon Quantum but they were still “very, very far” from the goals of their roadmap.

In fact, at second glance, the concept is not as easy to implement as it initially seems. This is because NV centers in diamonds are quite rare – the individual qubits are very far apart from one another in atomic terms. For quantum computing to be really useful, you have to couple many qubits together anyway. This can either be done optically – researchers at the Qutech Institute in Delft use this concept for their quantum repeaters, or a way can be found to create clusters of NV centers that are spatially so densely packed that they can interact with one another.

“The process you use today is a bit like a shotgun. You accelerate nitrogen atoms that you shoot at diamond that is covered with a mask,” says Mattingley-Scott. “It can be done better and we’re working on it, but I can’t say anything about the method,” he adds, because the patent applications are still pending. The pivotal point of progress is therefore a comprehensive cooperation with German researchers who have developed “incredible know-how” in this area.

In fact, for example, the working group has to Jörg Wachtrup in Stuttgart made progress in this area as early as 2014 and published a paperthat comes very close to the concept of QuantumBrilliance. In the next few years, in addition to superconducting loops and ion traps, completely new hardware may actually come into play in the field of quantum computers. The field doesn’t get boring.