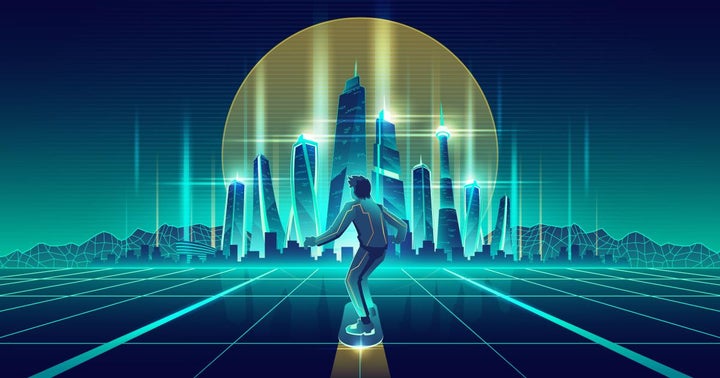 Non- fungible tokens (NFTs) have been generating lots of money, headlines, and controversy as awareness of these blockchain-backed assets has grown over the past few years. The market for NFTs tripled in size to reach a total value of $250 million in 2020. This exponential growth continued into 2021, with $200 million in NFTs exchanging hands in the first three months of the year. Early in 2022, Bored Ape Yacht Club NFTs generated enough interest to see rap superstar Eminem spend $460,000 on a digital ape that vaguely resembled him. Many industries have taken note of the exploding value of NFTs, and major video game companies are beginning to incorporate these digital assets into their offerings.

The most publicized and expensive NFT sales so far have mostly been digital artworks, like those of the Bored Ape Yacht Club and a $69 million piece by artist Beeple sold through prestigious auction house Christie's in March 2021. While many people have bought into the hype surrounding NFTs, there is plenty of controversy surrounding this emerging asset class. Some purchasers of Bored Ape Yacht Club NFTs have been hugely irritated to find people downloading these same images for free and setting them as their profile pictures on social media platforms such as Twitter. This is possible because owning an NFT doesn't actually confer ownership of the image represented by it. An NFT simply denotes a unique blockchain address representing a digital asset. Despite the huge sums of money involved, an NFT's owner has no ownership of the physical or digital object that the NFT represents.

Video games may seem like a natural fit for NFTs because purely digital assets within video games are already a huge market. The enormous popularity of Fortnite pushed creators Epic Games to a valuation of more than $30 billion in 2019, despite the game being completely free to play. Fortnite is one of an increasing number of video games that makes its money selling digital assets for use within the game. Completely cosmetic assets such as character skins can be incredibly valuable, with some exchanging hands for hundreds of dollars’ worth of the in-game V Bucks currency.

However, the adoption of NFTs to represent in-game assets has proved controversial. Ubisoft's announcement of NFT assets for use with its games in December 2021 provoked outrage among gamers. One post on Reddit's /r/pcgaming subreddit attracted 1675 comments, with the overwhelming majority of the most upvoted comments being highly critical of the move. Gamers' negative reactions to the news only intensified after Ubisoft CEO Yves Guillmot was reported by video games news website Kotaku as saying that gamers "just don't get it."

While Ubisoft's response to the NFT controversy has been defiant, other video game developers have backtracked quickly in the face of fan backlash. In the space of 24 hours, developers GSC announced and then canceled plans to incorporate a range of NFT offerings into its S.T.A.L.K.E.R. 2 title. Responding to a wave of negative headlines and social media posts, GSC responded by tweeting: "We hear you. Based on the feedback we received, we've made a decision to cancel anything NFT-related in S.T.A.L.K.E.R. 2."

But this seems unlikely to mean an end to video game developers looking to profit from the surging interest in NFTs. Electronic Arts (EA) are one of the world's biggest video game companies, with offerings including hugely popular properties such as FIFA and Star Wars. In 2017, a response by an EA representative to fan complaints about paid downloadable content (DLC) became the most downvoted comment in Reddit history. The fan's complaint concerned an $80 price tag for DLC that would allow gamers to use iconic villain Darth Vader in Star Wars Battlefront.

While EA's titles remain among the best-selling video games each year, gamers have increasingly vented their frustration on platforms such as Reddit and Twitter about the company's use of paid DLC. The Ultimate Team online play mode for EA's sports titles generated $1.62 billion in 2020. This money is made by gamers buying packs of players which can only be used in the Ultimate Team mode of one of its titles. Ultimate Team accounted for 29% of the company's total revenue in 2020, generating slightly more than the $1.6 billion made from sales of its most successful ever title, FIFA 20.

NFTs represent the next logical evolutionary step for distributing in-game items. While gamers may be overwhelmingly opposed to the growth of the use of NFTs in video games, it seems very unlikely that this will deter video game companies from looking to cash in on the phenomenon.