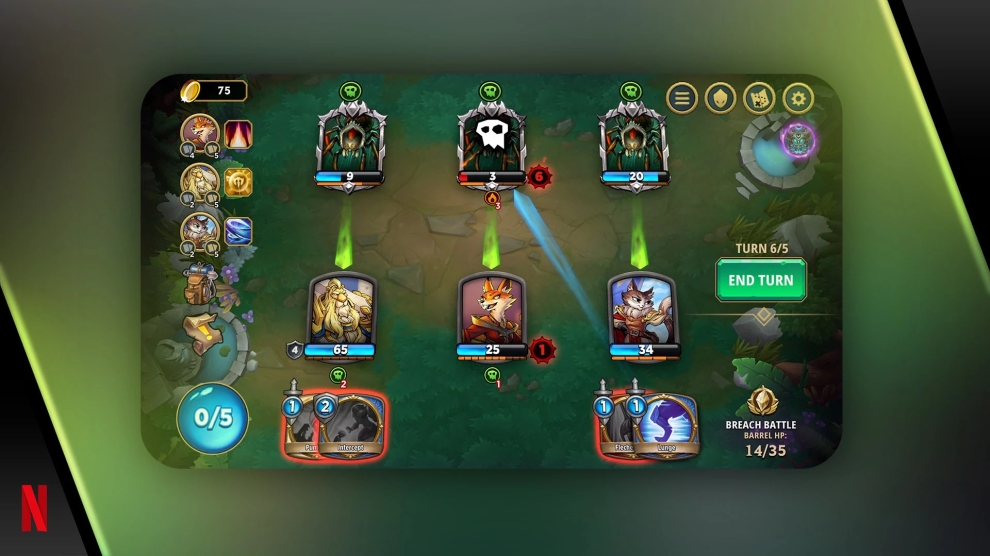 The first game is called Arcanium: Rise of Akhan and is an open-world single-player card strategy game. The game was developed by Rogue Games. Netflix says the game merges the roguelike and deckbuilding genres in new ways. The goal is to create a team of heroes and embark on a journey to defeat Akhan the Calamity and save the world of Arzu from destruction. If one person on your team succumbs to corruption, the game ends.

Netflix’s second new title is called Krispee Street and was developed by Frosty Pop. The goal of the puzzle game is to bring the characters and world of Krispee to life by finding hundreds of characters and objects scattered throughout the levels. The game is based on a popular webcomic called Krispee.

To access the titles on Android, you need to tap on the new Games tab in the Netflix app for Android where the games are listed. After selecting a title, users are directed to the Google Play Store to install the games, as you would any other app. Once the games are downloaded, they are available to play at any time by tapping them within the Netflix app or on the home screen of an Android device. For iOS, Netflix is using a similar system where users are directed to Apple’s App Store for downloads.

Longer-term, Netflix has plans to expand its gaming catalog with other additions and gaming genres. For instance, the streaming giant acquired independent game developer Night School Studio in September, best known for narrative-driven titles like Oxenfree, to further build out its library of Netflix games.