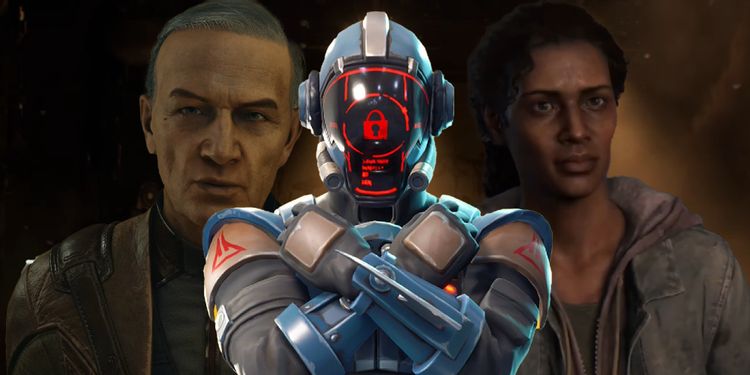 The games industry is an exhausting place. It’s dominated by toxicity, crunch, dwindling creativity, and an obsession with living up to other mediums instead of seeking to further the ambition of its own. Like many modern media landscapes it has long run out of compelling new ideas, while those that survive are drowned out by an avalanche of predictable sequels, needless remakes, and corporate mismanagement that makes it clear that profits always come first.

We don’t matter as consumers, neither do the involved creators, instead it’s all about the bottom line because the CEOs said so. Summer Games Fest has made this status abundantly clear, emphasising how even those who express good faith in making this industry a better place have no backbone when it really counts, and are happy to abandon their morals if it means coming out on top. That, and we got a lot of space games.

I’m just a bit tired, and how there’s no way to make this industry a more sustainable or positive place without leaving it all behind and watching as things start to crash and burn.

Even as certain studios and departments begin to unionise and move forward, the loudest voices in the space continue to market the blockbusters of companies who are publicly known to have committed horrible acts and gotten away with them. Developers are paid a pittance compared to suits that hide above them, praying for a success as they make poor decisions and abuse power they have no right to in the first place. This outdated power structure is a large reason for the industry’s creative stagnation, because new ideas will never be given a budget to succeed because it is much easier to rely on proven concepts and familiar franchises.

It’s why titles like Call of Duty: Modern Warfare 2 and The Last of Us Remake are two of the biggest games of the year, despite these blockbusters already existing in multiple forms and being readily available. The mainstream audience is predictable enough that they would rather engage with familiar narrative and gameplay experiences instead of risking anything different. New is dangerous, unknown in a way that requires audiences to open themselves up to something and for the creators involved to be provided funding and talent to make such things possible in the first place. I’m not saying remasters and remakes don’t have a place, but it becomes achingly obvious when they’re released purely for the sake of making some quick pennies instead of having an actual place in the landscape.

The well will eventually run dry, and the unsustainable place we find ourselves in will await us alongside so many harsh lessons I don’t think the big publishers are ready to learn. Nostalgia is a valuable thing, and while it can be used in wholesome ways, this industry has long weaponized it to pry open our wallets. Our childhoods are recreated before our very eyes because as consumers we’re afraid to move forward, and gaming has long conditioned us into seeing the value of our memories unearthed time and time again.

It’s so easy to see through the facade, and even as we do the big players are making so much money and have so much control over the status quo that they just don’t care. I’m screaming from within my echo chamber. I know I’m the outlier when it comes to wanting more from this medium. The most tangible progress can be found across the independent scene, where so many individuals are hoping to try new things and have them penetrate the mainstream. Some manage this, with games like Unpacking, Hades, Celeste, Stardew Valley, and myriad others showing that big budgets and ballooning ambitions aren’t necessary to create something special. But so often the wrong lessons are taken from their successes as copycats emerge with half the quality and none of the heart.

I would be here all day talking about the triple-A scene and how for years it has been cannibalizing its own ideas and failing to move forward. So many open world games are still riding on the formula first pioneered by Far Cry 3 over a decade ago, while all the wrong ideas are being taken from blockbuster successes like Dark Souls and Breath of the Wild. If something proves a massive hit, publishers are desperate to copy it instead of providing a fresh take of their own.

Once ambitious solo outings like Assassin’s Creed and Far Cry are morphing into service platforms, while seasonal experiences like Fortnite are both pushing the medium forward and reliant on licensed nostalgia in order to keep pulling in lapsed audiences. All of these things are finite, and don’t care about the artistic merit of their own existence because that’s not what they’re made for. It’s about money, it’s about market share, and it’s about being on top. I’m so tired, and you should be too if you care about what this industry will look like in even a decade’s time. Our own history is being erased and forgotten about, and I wish it wasn’t so obvious that nobody seems to care.

Upcoming blockbusters like Starfield, Marvel’s Spider-Man 2, Avowed, The Legend of Zelda: Breath of the Wild 2, and goodness knows how many others are all experiences that will play out in relatively predictable ways. We know what will be offered in terms of visuals and gameplay, but to many this is a reason to be excited instead of underwhelmed. I liked the first one, so it’s more than reasonable to assume that an improved sequel will be even better. It’s iterative game design, and I love when franchises like this are able to become the best versions of themselves with enough time and effort. Yet it also feels like we’re stagnating, happy with where we are creatively and not knowing how or when we will move forward and see the medium mature because we’re so comfortable in our apathy.

On the flipside, changes to established names or unexpected risks are often met with hostility, with developers having to deal with toxic feedback on a near constant basis by a loud minority of assholes. I know most of us are lovely, but these instances stick in the mind and so often paint video games as juvenile when on the outside we are so clearly aiming to be something more. We won’t get there if things fail to change, and we’ll only end up collapsing in on ourselves if this approach to cultural status and creative stagnation aren’t examined and uprooted in some fundamental ways. It breaks my heart to say I’m not hopeful that change is on the horizon, or if we will ever get to a place where it’s even possible.