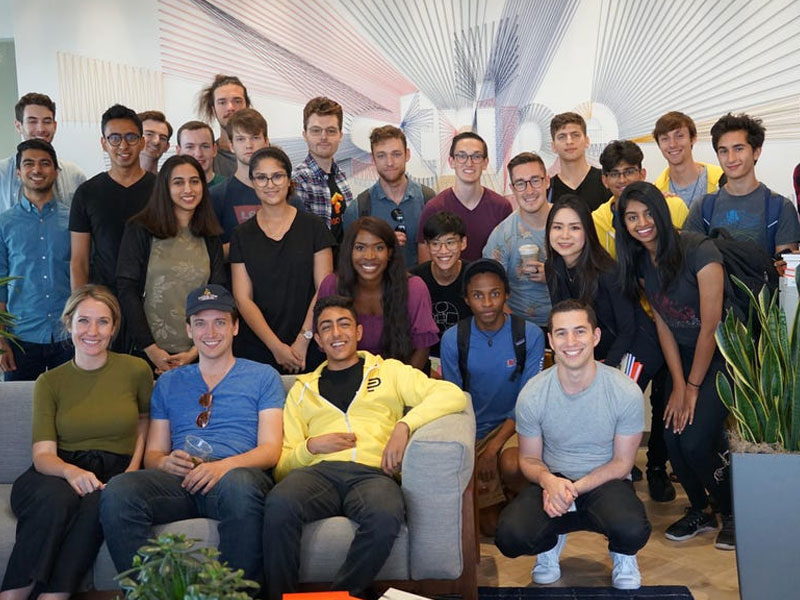 Daniel Gross is here for the underdogs. His accelerator, Pioneer, is on a mission to democratize the startup funnel for tech talent whose background or geographical location places them far from the usual funding streams. “The way our incentives are set up, we won’t be able to fund the Stanford postdoc who’s working on a machine learning company,” he says. “We’re here to appeal to people that are weird and different, and we’re strong believers that tomorrow was made by those that didn’t fit in.”

You might say he’s looking for himself. Gross was 18 when he left Israel in 2010 to become the youngest founder (at that time) to be accepted into Y Combinator. “The life I was going to lead was scheduled to be pretty different from the one that I ended up leading,” Gross says. “And that was the result of a relatively small intervention of starting a business and coming to Silicon Valley.” Pioneer’s accelerator has likewise accepted aspiring entrepreneurs from Argentina to South Africa, some of whom entered Pioneer before developing any semblance of a business. In some cases, Gross has even stepped in to help would-be founders register business entities in Delaware.

In that sense, Gross, who was a partner at Y Combinator prior to starting Pioneer in 2018, has positioned his new venture as an “X Combinator.” He’s now announcing a formalization of Pioneer’s terms that draws even more parallels to the comparison. Where his former employer invests $125,000 in return for a 7% slice of equity in its accelerator companies, Pioneer will now offer either $20,000 in exchange for 2% ownership, or no money—but the opportunity to join Pioneer’s accelerator network and receive mentorship—for 1%, as first reported in the Midas Touch newsletter.

“What we’ve learned is that $20,000 is the minimum effective dose of capital required for a business to get to another key milestone,” Gross says. That’s the amount, he adds, that allows a startup to build a minimum viable product, hire an employee or two, get an AWS account or fly out to Silicon Valley and start selling its product. “It is enough for you to take the first step in making the next Google, Facebook, Stripe or Instacart.”

Pioneer hasn’t produced any companies of that caliber, but three years in, it has demonstrated promise. The roughly 130 companies it backed with funds have collectively gone on to raise more than $100 million from investors including Sequoia, General Catalyst and Y Combinator. They include cryptocurrency startup Iron Fish, which raised $27 million in a Series A led by Andreessen Horowitz last month, and Roboflow, a Des Moines, Iowa-based computer vision firm which raised $20 million in an A round led by Craft Ventures in September. Pioneer has begun dabbling into seed funding too, its largest investment being north of $1 million in Banana ML, a machine learning tool for developers. “Our business model really hinges on not most companies doing well, but a small number of them doing phenomenally well,” Gross says. “As long as we're able to capture ten, 20 or 30 of the ones that work will be just fine.”