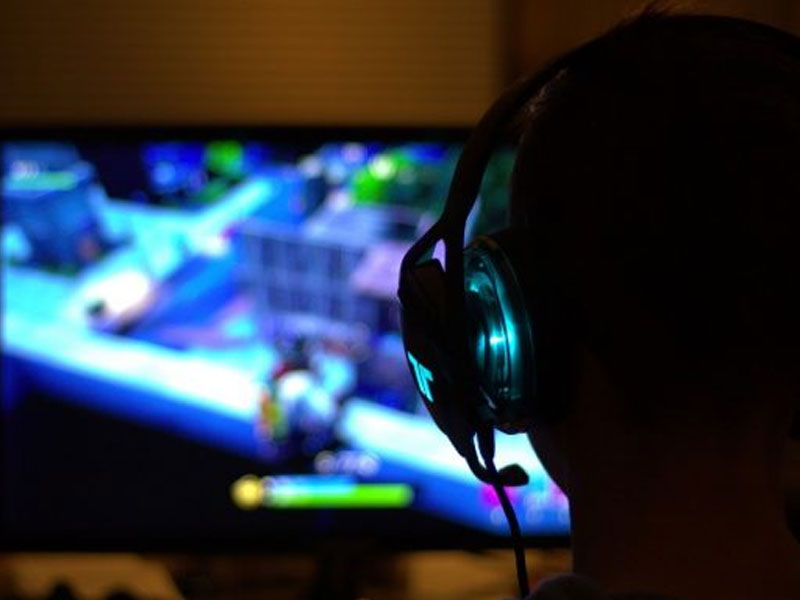 Heavy-handed technology regulation is a recipe for economic disaster and social rebellion. It reflects a lack of basic understanding of technology.

The legislative assembly of Karnataka passed the Karnataka Police (Amendment) Bill 2021, banning all formats of online games involving monetary stakes on 23 September. It is one among many prohibitory statutes enacted by southern states including Tamil Nadu, Telangana, and Andhra Pradesh. Tamil Nadu’s Gaming and Police Laws (Amendment) Act, 2021, which is similar in substance to Karnataka’s legislation, was struck down by the Madras High Court just a few months ago for being “unreasonable” and “irrational”. Such statutes are enacted in the name of protecting people from “the evils of online gaming”. It’s worth examining this pattern of digital paternalism from a wider international lens.

In August, China introduced new rules which cap the total time minors can spend on video games to three specific hours a week – between 8 and 9 pm on Fridays, weekends, and public holidays. As a country that has an infamous internet firewall, China makes a good case study for digital paternalism. However, it is not the only nation to have prescribed such overbroad curbs on gaming. In 2011, South Korea introduced a “shutdown law”, that prohibited children under 16 from playing video games for a six-hour period starting at midnight. In March 2020, the Kansai region in Japan passed a similar law limiting the game time for minors to one hour a day.

Heavy-handed technology regulation is a recipe for economic disaster and social rebellion. Soon after Beijing announced its new curbs, the shares of Tencent and Netease – two of the largest gaming companies in China, plunged by 8.5 and 11 per cent respectively. This wiped off $60 billion in combined market value. India is already among the largest gaming markets in the world in terms of user participation. Therefore, a sunrise sector, which is pegged to reach Rs 155 billion by 2023, threatens to be stymied through a spate of bans.

Moreover, experience suggests that regulations with moral overtones do not fulfil their societal aims either. For instance, studies show that the South Korean law failed to limit the time spent by minors on gaming activity. In fact, the South Korean government recently announced its decision to abolish the shutdown law. Similarly, China’s previous attempt to curb video game addiction was unsuccessful. In 2019, the country introduced a regulation that imposed a gaming curfew between 10 pm and 8 am, capped game time for minors to 90 minutes a day, and prescribed an in-game purchase ceiling of $57. However, gamers were quick to find ways to circumvent the regulations. Last year, Chinese state media reported that some e-commerce platforms allowed the rental and sale of verified gaming accounts, which can be used to bypass the regulations. Children also became more adept at skirting restrictions by using virtual private networks. Not only do morally motivated regulations fail to achieve intended outcomes, but they also risk pushing the very demographic they want to protect, into unregulated spaces.

Paternalism and its perils

State interference with individual liberty is particularly in vogue in digital markets. However, technological advancements outpace the ability of countries to ensure that regulations remain fit-for-purpose. Moreover, policymakers do not understand the technologies they seek to regulate. This issue is not unique to India. In 2018, when Mark Zuckerberg appeared to testify before the United States Congress, he was asked how Facebook is profitable if his app is free to use. Such instances reflect a lack of basic understanding of technology platforms and their business models.

The current wave of prohibitory laws that concern online games show a similar lack of rulemaking mastery. Consider the Tamil Nadu Gaming and Police Laws (Amendment) Act, 2021. The law, in its statement of objects and reasons, suggests that it was enacted to “protect innocent people from the evils of online gaming”. Other reasons included reported cases of people being cheated while playing rummy and poker online, as well as related suicides. To address these issues, the state government imposed a blanket ban on all online games played for monetary stakes. Similarly, the Telangana Gaming (Second Amendment) Ordinance, 2017 identified online rummy as a ‘regulatory trigger’, but ended up prohibiting all forms of online games played for stakes, whether judicially upheld or otherwise.

Thankfully, Indian courts tend to step in to uphold constitutional rights more often than not. In Junglee Games v. State of Tamil Nadu, while striking down the impugned online gaming law, the Madras High Court highlighted a misplaced sense of morality. The court remarked that the lack of empirical studies around the impact of laws often led to the good and bad being clubbed together because there was no informed alternative to choose from. Such observations from the higher judiciary, especially in the case of technology regulations, are not new. In 2018, the Reserve Bank of India issued a circular that prohibited financial institutions from dealing in virtual currencies (or digital assets) like Bitcoin. The circular was struck down by the Supreme Court, which highlighted that the central bank had failed to furnish any evidence of harm caused due to the trade in virtual currencies.

While the judiciary is constantly trying to counteract state paternalism — as visible in the judgments of Madras HC — the passage of the Karnataka Police (Amendment) Bill highlights the fact that lawmakers refuse to see the pitfalls of paternalistic laws and pay scant attention to previous judicial orders.

An ideal regulatory approach requires a shift from hard paternalism to libertarian paternalism. The former justifies the restriction of personal liberty for an individual’s own good, while the latter adopts a non-coercive approach. According to Professor Richard H. Thaler, the Nobel Prize-winning economist, libertarian paternalism attempts to steer people’s choices in welfare-promoting directions without eliminating freedom of choice. Thus, instead of limiting the scope of individual choice, it seeks to nudge people to make more informed decisions.

Towards this, regulators must consider alternative solutions. For example, South Korea is shifting towards a ‘choice permit’ system, which allows children, their parents or their legal guardians to request a permit per game and designate hours for playing these titles. Similarly, regulations should leverage technological measures to achieve policy objectives. Examples of such measures include fatigue systems, which discourage users from prolonged gaming by cutting down in-game rewards. Another example could be in-game warnings, which entail notifying users about the risks of excessive gaming, analogous with the health warning messages that appear on tobacco and alcohol packaging.

It is important to mention that several online gaming services already leverage technology to ensure fairness in their gameplay. These include user identity verification solutions like enhanced KYC, GPS/IP address-based verification of a user’s location to prevent collusion and anti-bot solutions to prevent fraudulent users from using scripts and bots to manipulate the game. The use of such measures safeguards gamers against cheating and resultant financial losses, thus achieving some of the policy objectives which paternalistic laws seek to attain.

Mandates supportive of greater business responsibility are another potent alternative to digital paternalism. This is also a solution that courts seem to support. For example, the Rajasthan High Court held that online fantasy sports, which operate in accordance with the self-regulatory charter of the Federation of Indian Fantasy Sports, a self-regulatory body for the segment, are protected under Article 19(1)(g) of the Constitution. Against this backdrop, states can legitimise existing self-regulatory efforts through statutory recognition. Doing so will address outstanding regulatory concerns with the use of minimal state capacity and without infringing upon individual autonomy. 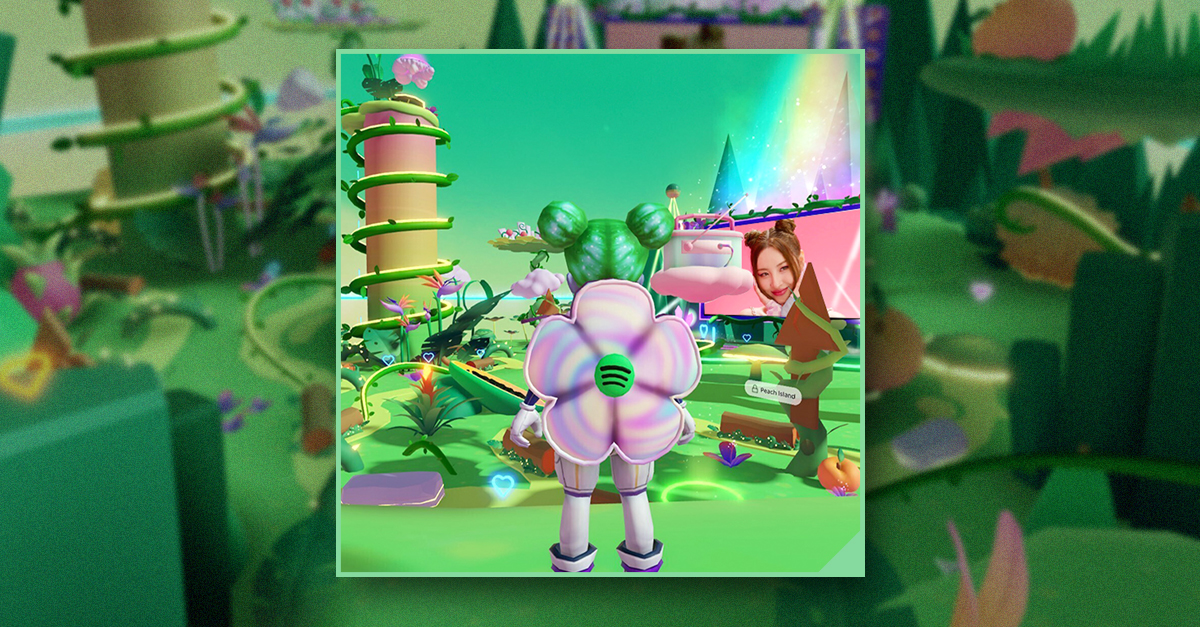