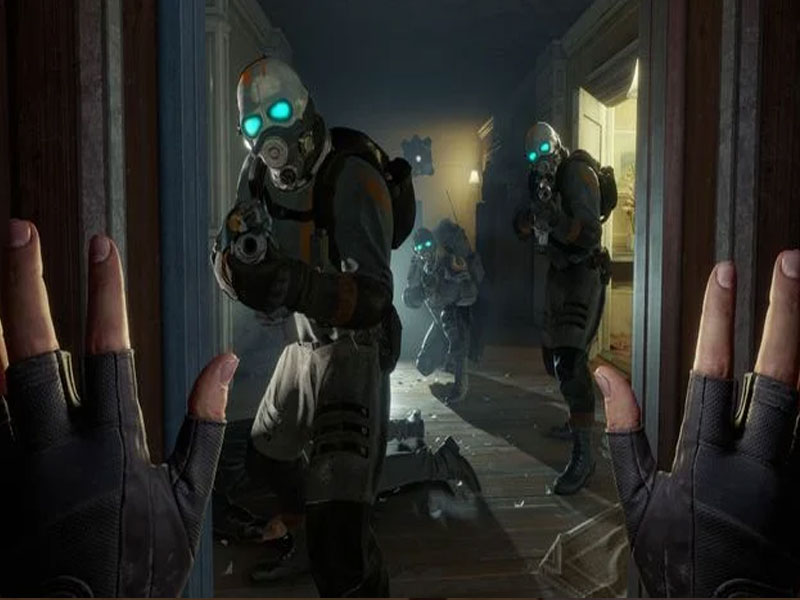 Half-Life: Alyx is a great game, and lays exciting groundwork for Half-Life 3, but its VR exclusivity has severely limited its audience.

To play Half-Life: Alyx at its absolute best, you need a powerful gaming PC, a compatible virtual reality setup, and of course the game itself, which amounts to about $2,500—and that's a conservative estimate. Sure, you can play it on a lower spec PC with a less expensive headset, but the experience will be compromised. It won't look as good or, more importantly for VR, feel as smooth. This is a huge barrier to entry. You might have a few grand going spare to splurge on high-end VR tech, but most people don't. It's a shame, because Alyx is easily developer Valve's best game in ten years—and one of the most exciting entries in the Half-Life series to date.

Alyx isn't just a prequel. You learn more about the titular Alyx’s life in City 17 before Gordon Freeman arrived, but it also continues the story of Half-Life 2. Fans of the series, myself included, have been waiting for this since 2007—and it's a shame most will only be able to enjoy these moments by watching someone else playing the game on YouTube. Alyx also reframes the shocking ending of Half-Life 2: Episode 2 in a way that is clearly laying the groundwork for a new game. Whether that's the fabled Half-Life 3 or another VR game remains to be seen, but I hope it's the former. Virtual reality is great, but it's still out of most people's grasp.

The problem is, Alyx was designed from the ground up to be a VR game. It's intrinsic to pretty much every moment—particularly the horror levels, where headcrabs lunge at you from the darkness. But modders have found ways to make it work with a mouse and keyboard, which makes me wish Valve would retool the game in-house to be playable out of VR. The experience won't be the same, because nothing beats being there. But it would give fans the opportunity to at least enjoy the story. There are some sublime moments in Alyx that anyone deeply invested in this world (who doesn't have a few grand to spare) deserves to experience.

There's plenty of great stuff in Half-Life: Alyx that wouldn't be impacted by shifting out of VR. Its depiction of the dystopian City 17 is hauntingly beautiful, bringing new life to one of gaming's most memorable settings. The writing is excellent, and funny too—particularly Russell, an eccentric inventor played by Flight of the Conchords' Rhys Darby. The pacing and story are note perfect, with revelations and set-pieces that rank among the series' most memorable. The variety is impressive too, mixing action, puzzles, and horror in a way that is constantly surprising. There's so much to love here, even with the virtual reality element removed.

I've played hundreds of VR games, but Alyx is the best by quite a margin. It's an amazingly powerful proof of concept for how immersive the tech can be. Not only that, but it's a great Half-Life game, and proof that Valve can still make a best-in-class FPS when it wants to. Yet despite working in the games industry, I only know a handful of people who have actually played the thing. That's pretty wild for a beloved series making a dramatic comeback after almost 15 years of radio silence. I know making a non-VR version wouldn't be an easy job, but if anyone can do it, Valve can—and it's time more Half-Life fans got to experience Alyx for themselves.