How the advertising market is over-utilised in the gaming sectore 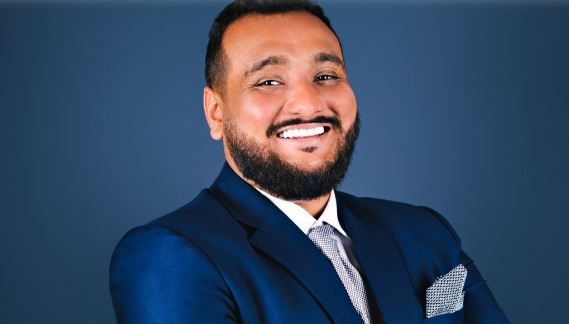 With the surge in popularity of playing online games and e-sports in the past few years, Accenture, a Fortune 500 firm, claimed this year that the total value of the video game industry now surpasses $300 billion. This is larger than the combined music and entertainment markets, with growth driven by more engagement in digital products as a byproduct of COVID-19’s global limits.

This ongoing expansion creates a major opportunity for commercialisation and higher revenue opportunities for the industry’s creators, marketers, content producers, and game platforms; with a projected 2.8 billion gamers worldwide in 2021, more energy is devoted to online gaming than it has ever been.

The way people make money is changing, and while current sources of revenue for gamers on game streaming websites are successful for some, the costs of using popular sites eat into potential revenues. CrypIndustry behemoths are earning millions from streaming media (Twitch, in particular, takes a 50% cut of membership payments from Twitch affiliates), while gamers are caught in a monopolistic paradigm that favors big business due to a lack of choice.

The worldwide in-game advertising business is highly concentrated, and suppliers are employing various techniques to compete, including heavy engagement in joint projects and mergers in order to capture substantial market shares and grow their global footprint. Vendors are being compelled to use various growth methods such as marketing campaigns and advertising to increase exposure of their services as the market becomes more competitive. Various other industry competitors are turning to mergers and acquisitions (M&A) and bilateral agreements with advertising entities to expand their businesses reach and client base.

One of the primary drivers for the worldwide in-game promotional market growth is the growing number of video game players and the rise in collaborations between video game businesses and advertisers. With complete digital access, games are bolstering the gaming business. Furthermore, the business is expected to grow by more than $300 billion by 2025, while the population of players around the world will reach 2.4 billion. As a result, marketers are motivated to increase their investments in in-game advertising, which will allow them to reach a wider audience and accelerate product demand during the projection period.

Despite the fact that console and Smartphone games are entirely separate beasts with their own populations to sell to and gaming styles, Smartphone games were considered as the next big thing because practically everyone had a phone, which was not the case with consoles. However, there is a problem with games that is harming the experience for people who are interested in them – Unwanted advertisements are the issue.

In- game advertisements employ dreadful marketing strategies have the exact opposite effect when attempting to target a buyer. Those advertisements that appear good but aren’t the part of the game, may attract downloads, but far too many people will abandon the game and never buy it. Other advertisements are designed to irritate potential customers. Supposed to pretend to be an interactive game but redirecting the player to a download page, is one example. Being too long, having little game-related content, or even the display of just one photo-ad to look at, for 30 seconds.

Although game monetisation is still fairly young, it has shown to be a successful way for players to make a profit doing what they enjoy. However, the streaming sector is not advised for the faint-hearted, and advertising video is difficult at best; it is extremely difficult for a customer to make money through sponsorships or goods unless they have a big fan base, which can take several hours of, focused work to create.

Emerging monetisation platforms are now providing players with a new stream of revenue, allowing them to grow their audience while autonomous monetisation. Gather is a Layer 1 blockchain to allow visitors to donate computing power that would otherwise be idle, compensating them in crypto currencies and dispersing the power to corporate clients via a decentralised cloud platform.

Such monetisation platforms are hoping to build more solid agreements with the real-time gaming platforms and publishers throughout the coming months, having already worked with popular esports organisations and game publishers. Such platforms are combining the power of block chain technology with the unrelenting pace of the gaming industry to create new channels for income for players and content creators.

Trying to establish the correct balance between effectively advertising on the gaming application and not swamping users with adverts is always a tricky task for app publishers. The user experience is pivotal to the survival of games. As a result, a harmful, interruptible, or insulting advertisement might completely derail the user experience. In the end, presenting safe, relevant, and brand-appropriate adverts to your consumers is the goal of in-app advertising. The fact of the matter for app developers is that as long as advertising offers value to the game, gamers will accept it. Ads can then complement rather than distract from the gamers’ experience.

In addition, gamers are happy to watch advertisements in return for in-game items like infinite lives, power-ups, additional elements, and in-game currency. These advertisements assist game developers in making money from their games. They do, however, make the game more addictive, encouraging gamers to play for longer and more frequently.

The author is CEO and founder of Gather Network. Views expressed are personal.