How Snapchat Is Getting A Head Start On An AR Future 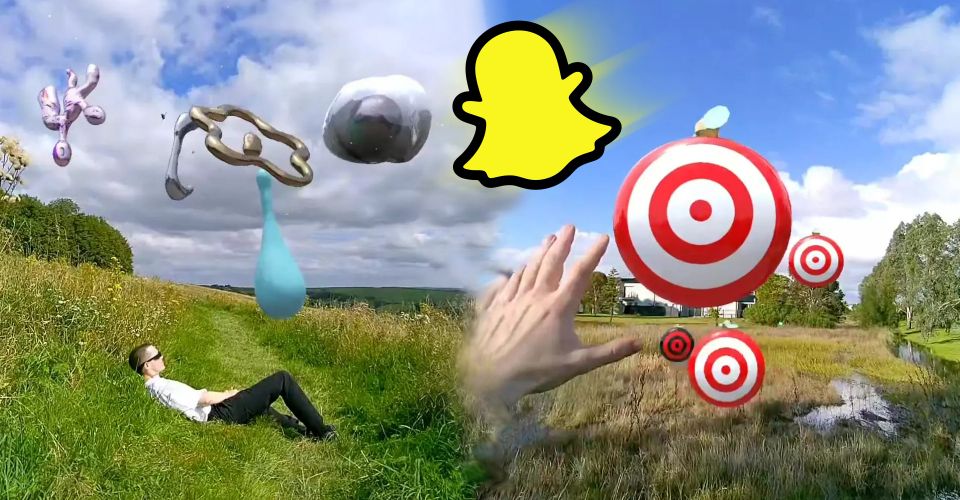 Snapchat is getting a head start on an augmented reality future by allowing developers early access to its advanced AR glasses that the company simply refers to as 'New' or 'Next Generation' Spectacles. Using the capabilities of this new AR platform, games and experiences are being created now for the future enjoyment of users when this technology becomes more widely available.

The social media giant has consistently led in AR of the personal variety, with Snapchat Lenses being among the first to offer advanced face-tracking technology to the general public. Being able to 'wear' computer graphics decoratively like makeup, jewelry, and apparel would have been unheard of in the early days of the smartphone. This would have required the most powerful computers or analysis and rendering that would take days. The basic features of AR have advanced so quickly that the next steps that bring this into everyday life are slow by comparison.

A recent Snapchat demonstration video on YouTube highlights more advances coming soon. Using VoiceML, the user can ask their AR glasses for things, and they'll appear in their view as if by magic. Since hand-tracking is possible, interacting with these virtual constructs happens just like with real objects by reaching out and touching them. Unfortunately, users can't feel them at the moment. However, additional hardware might provide haptic feedback to simulate touch and enhance the realism. While most AR research being done by Meta, Google and Apple is currently taking place in the lab, Snap involves more people by inviting creators to start developing with its Next Generation Spectacles. That's why Snap seems to be moving faster than other companies in building AR experiences rather than waiting until the hardware is perfected.

There have been enough teasers of the next generation of Snap's Spectacles to make some shoppers eager. However, ongoing delays might lead to disappointment and doubt that they'll ever arrive. After all, the first version of Spectacles was released in 2016, the second in 2018, and the third in 2019. Now three years have passed with no updates available to the public.

That's because the 'New' Spectacles are only available to a few hundred developers and creators that have applied to be testers of this new technology that's not quite ready for everyday users. This is the first sunglasses-like device from Snap with AR capabilities that currently require an iPhone or Android phone. Fitting that much technology into a pair of lightweight AR glasses that lasts for several hours and is robust and reliable enough for the average user is still a few years away. In the meantime, Snapchat is busily working on AR content and experiences to be ready for the fun and exciting future that's yet to arrive.

Alan is a Tech Writer living in Nova Scotia, Canada. A tech-enthusiast since his youth, Alan stays current on what is new and what is next.