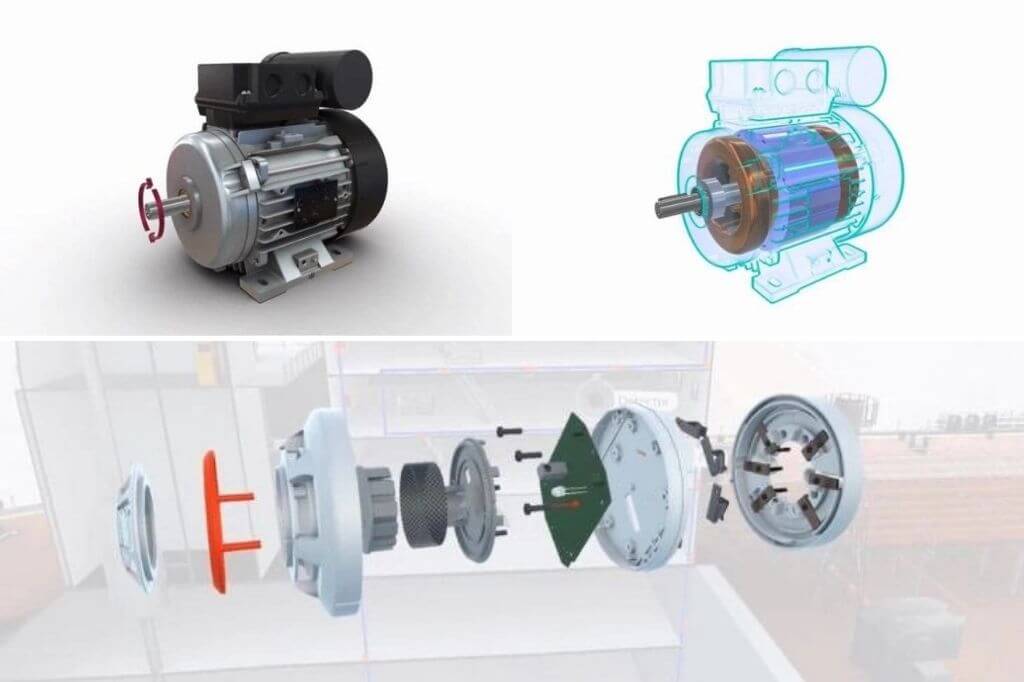 A 3D visualization and AR-based platform, MagicLens, recently became part of the nesting-doll company that is CareAR. CareAR acquired MagicLens in January after having been acquired by Xerox. We’ll get back to that. First, what does MagicLens provide?

MagicLens is an augmented reality and interactive 3D visualization platform. The company uses computer-aided design (CAD) files to create 3D models that can be exploded for a close-up view, or with layers removed to see the internal workings of complex devices.

If you’re having a hard time envisioning what that might look like, think about some of the scenes in Marvel movies where Tony Stark or Peter Parker (is that a spoiler?) are designing technology by moving parts of digital models with their hands. In real life, most of these applications work the other way around: to better understand the technology that already exists.

Indeed, all of the MagicLens material focuses on using models for education, training, and marketing rather than for the actual design process. That gets into why they were acquired by CareAR.

CareAR is an augmented reality visual support company that creates AI-assisted interactive visuals for use by customer service, field service, and IT. The company was listed first in the ARPost list of remote collaboration and support services last year, shortly after its own acquisition by Xerox.

“[The acquisition] is enabling us to scale our innovation and reach,” Vice President and General Manager, Samantha Wilmot, told ARPost at the time. “The Xerox expertise in AI, RPI, and predictive analytics really ally with our expertise in AR.”

CareAR got even more expertise in AI later that same year when they acquired image recognition company CraftAR. Being able to recognize elements in the physical world makes it easier to deploy virtual images that make sense for the user, according to CareAR President Sam Waicberg, who explained the situation in an interview on the AWE expo floor in November.

“Image and object detection serve up a 3DAR experience, all embedded in the application, through an SDK,” said Waicberg. “It serves up content with context. I could select what task I want to perform and the instructional content will get served up to me in the context relevant to that equipment.”

But, to really understand the MagicLens acquisition, we have to go back even further.

Coming Up With Everything Else

“The thought process started prior to the Xerox acquisition with the question of how we make content more accessible,” CareAR co-founder and Chief Product Officer, Chetan Gandhi, told ARPost shortly after their acquisition by Xerox. “We started building a platform that would have a number of building blocks … AR is just a part of it.”

Gandhi explained a long-term vision for CareAR that includes different computing form factors like glasses. These come with command expectations like hands-free controls that come from both consumer and enterprise use cases. This means AR, but it also means investing in emerging technologies – which CareAR is increasingly able to do through PARC.

See Also: A DARPA-Funded PARC Project Could Be the Future of Remote Assistance

“AR is important. I live and breathe AR,” said Gandhi. “But we’ve come to that point that AR in enterprise has to come up with everything else, the content, the platform.”

The Coolest Bit of Sci-Fi Coming Our Way

AR visualization is cool. And, it’s practical. While MagicLens, CareAR, and even Xerox might not be on everyone’s mind as we think about AR, these companies are working to make AR in enterprise a lot more practical.