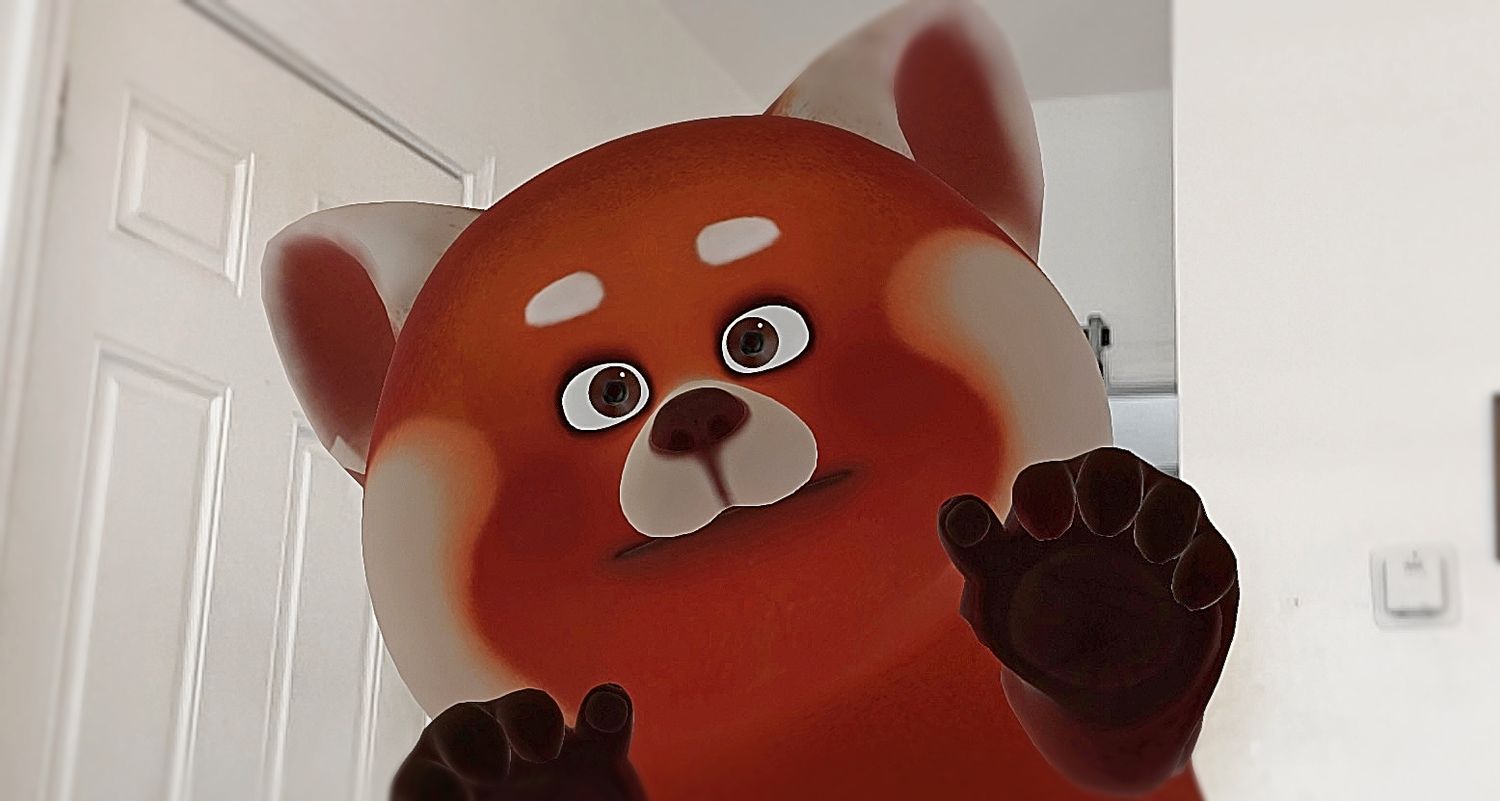 Pixar's Turning Red arrived on Disney+ a week ago, and despite a wide array of competition, viewers quickly boosted it to Disney and Pixar's top streaming premiere worldwide. The critically-acclaimed film tells the story of a 13-year-old Chinese-Canadian girl named Mei who wakes up one day to find she's turned into a giant red panda. After Mozilla unveiled some fun tie-in wallpapers, Google has joined in on the fun with a unique augmented reality animation found on its app that places Turning Red's giant panda right in the middle of your room.

To get your panda dance on, go to the Google app on your phone, type in the movie's title, search, then scroll down. You'll see a little card captioned, "See Red Panda Mei in your space," with a pill-shaped button underneath that reads "View in 3D." Tap on that, grant the app permission to access your camera if you haven't already, and it takes you to an animated image of the dancing panda that you can rotate in place.

To see Mei boogying in the middle of the room, tap the button that says "View in your space." For the best experience, make sure the area surrounding you is clear and free of clutter. After slowly panning your phone around, hold it up, and you should see the AR version of Mei, just as if the character is right there in the room with you.

While my screengrab of the dancing panda makes it look like I'm about to be mauled by an adorable Pixar character, the effect is only a little terrifying in real life. It's a great start to the weekend — especially if your kids are already begging to watch the film again.

Steve is the Weekend News Editor for Android Police. He was previously the Deputy Digital Editor for Maxim magazine and has written for Inside Hook, Observer, and New York Mag. He's the author of two official tie-ins books for AMC's hit "Breaking Bad" prequel, "Better Call Saul."