Gaming the System: Modding is a great thing for games, even if some developers disagree 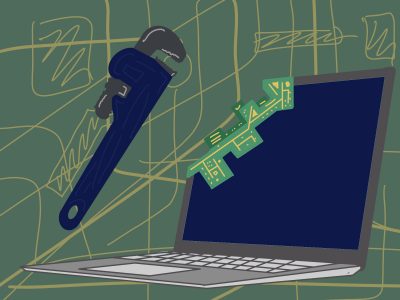 In past articles for my column, I have touched briefly on derivative work and modding in the gaming sphere, but never was it the focus of my article. My commentary from October 2021 on drama in the Super Smash Bros. community touched on the fact that Nintendo has issued legal warnings to a game mod — but this was only incidental.

Likewise, my discussion of the Touhou Project called the creator ZUN’s policy toward fan creations “lax,” but didn’t provide a strict developer as a counterexample. For this week, I think it’s finally time to specifically discuss video game modding.

Simply short for “modifying,” video game modding is essentially a self-explanatory concept — fans, rather than developers, altering the code of a video game to customize the game playing experience. As one might expect, this is easiest to do with PC games rather than console titles since computers are arguably more flexible.

Indeed, games originally or only released on PC are the most common starting point for mods that have spawned into their own independent video games. On Wikipedia’s list of “standalone” video games derived from mods, franchises originally released on computers such as “Quake,” “Half-Life” and “Warcraft” appear as standard branching-off points

While some of these mods are mostly played by a small group of enthusiasts, some mods have moved on to become international successes. Between the obscure and forgotten, absolute juggernauts of the industry such as “Team Fortress,” “Dota 2,” “PlayerUnknown’s Battlegrounds” and “Undertale” all got their start as mods of an existing title.

Showing that so many successful video games got their start as mods of others can make game modding seem like an obvious good. However, in reality, some developers have vehemently opposed mods or targeted specific kinds.

For one thing, it is worth noting that “modification” is a very broad concept on its own, and mods do not have to involve new content or game modes. Cheats are mods too, and the developers of “Grand Theft Auto” have sued the developers of a mod that added cheat codes in 2019. Those developers have also aggressively targeted mods that increased their games’ compatibility, such as one that made “Red Dead Redemption 1” — only officially released for Xbox and PlayStation — playable on PC.

These examples of legal action seem eminently reasonable, even if one may disapprove of them. Cheating in a multiplayer game makes it unfun for legitimate players, which could thereby hurt sales numbers. Likewise, it would be possible for the developer to re release Red Dead Redemption 1 on PC themselves and make money doing so — a mod that does the same would theoretically undercut their profits.

The truly unreasonable legal responses are actions taken against mods that only improve or add more content to a game, especially when new copies of it aren’t being manufactured anymore. Nintendo, in particular, is infamous for its aggressive copyright policy, epitomized by a 2019 Kotaku article titled “Nintendo’s Lawyers Need to Chill.” As I discussed in an Oct. 2021 piece, Nintendo recently directed their ire at a mod that added online connectivity and quality-of-life changes to “Super Smash Bros. Melee.”

This mod, called “Slippi,” was specifically for copies of the game “emulated” on a computer, which is technically piracy and therefore grounds for Nintendo to issue legal warnings to tournaments using Slippi. In context, however, this seems like a counterintuitive move. Melee was never meant to run on computers, only the Nintendo GameCube console, but the GameCube is over 20 years old. Nintendo hasn’t burned new Melee discs in a very long time, so no new money would flow to them for purchasing one.

Even if it was, the Slippi mod would not really hurt Nintendo’s bottom line because the people who practice Melee with it are hardcore competitive players of the game who are training to play at offline tournaments. These offline tournaments do indeed use real Nintendo consoles and game discs, not to mention the GameCube controllers that Nintendo continues to manufacture today.

In other words, sending cease-and-desists to benign mods only stifles the success of a fan community — a community built around buying the company’s products. The best policy in my opinion is to explicitly support mods, since they not only boost fan engagement but actually create a strong talent pool that developers can hire from. As Gabe Newell, CEO of Valve Software —which made the aforementioned Half-Life franchise —explains, the best way to show your game-making chops to potential employers is to make good mods.

But this would understandably be a huge change in philosophy for a company as lawsuit-happy as Nintendo. With them, we could honestly settle for just turning a blind eye. It’s the least they can do for the people still playing a Super Smash Bros. game that’s old enough to vote.