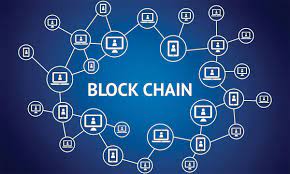 LOS ANGELES, May 5, 2022 /PRNewswire/ -- Film.io announced today that it officially launched the industry's first filmmaking Decentralized Autonomous Organization, or DAO, placing Hollywood decision-making onto the blockchain and into the hands of creators and fans. It is the first DAO providing creators with the necessary resources to take projects from conception through licensing.

The concept was originally incubated by veteran leaders in the crypto, film, entertainment and tech communities, whose mission is to break down the Hollywood barriers for creators, thereby enabling a more fair and transparent industry. Film.io's inclusive ecosystem provides the technical infrastructure for global filmmakers, fans and film investors to validate and fund content outside of the historically centralized and tightly-controlled filmmaking monopoly.

Creators and fans can sign up for a reservation now to enter the platform here, where they can add their projects, gain access to exclusive NFTs, win contests and giveaways and get 100 free FAN Tokens to greenlight the entertainment they support.

Film.io will initially be governed by the Global Creativity Foundation, while giving more governance to the community over time through the Film.io DAO. The foundation is an ownerless charitable organization that supports the democratization of the filmmaking industry. It provides a structure that helps ensure that the Film.io project operates in a fair, inclusive way.

"The road to the next generation of content is paved with tokens," says Ian LeWinter, co-creator of Film.io and president of blockchain entertainment studio Ingredient X. "We just built that road, and it's on the blockchain. Fans–the ultimate beneficiaries of content–want to engage with creators and 'greenlight' the projects they love. What we've launched today gives fans around the world crypto keys to transform the $300-billion entertainment industry plutocracy."

DAOs provide communities secure ways to make collective decisions based on rules that are determined democratically and written onto the blockchain. The Film.io DAO is governed by FAN Tokens, which members amass by engaging with the platform's content. Fans who support projects gain additional reputation points, which amplify their power to greenlight films and to vote on issues shaping the platform.

Film.io leverages a dual-token model: FAN Tokens are the governance and platform token, used to join and participate in the DAO; FILM Tokens, available soon, are used to back projects through crowdfunding, DeFi loans, NFT campaigns, among other Film.io funding options. Creators and fans work together in a free, transparent environment to develop, fund and distribute their favorite content.

"FAN Tokens are the fuel powering the platform," says Don Richmond, co-creator of Film.io and CMO of Ingredient X. "In our hyper-digital world, fan validation is the new currency in determining project success."

Free to creators, Film.io gives filmmakers a unique platform to showcase their projects, build audiences, get funded and ultimately license and distribute their content. Unlike other digital platforms, Film.io will give filmmakers access to an AI-driven matchmaking engine connecting them with film funds, studios and streamers.

"Just as Bitcoin democratized money, we're at the forefront of a massive shift in the governance of the entertainment industry away from centralized power and decision-making," says Film.io co-creator Bryan Hertz, also the executive chairman of Ingredient X. "Film.io is a revolutionary architecture for content creation; and we believe today marks the beginning of a new era of filmmaking and it belongs to the fans and creators."

In the coming months, Film.io will be announcing partnerships with cutting-edge global content developers, distributors, studios and film festivals. It will also launch several celebrity NFT campaigns and an original-content YouTube channel–"Inside Series"–allowing a peek into the exclusive film festival circuit featuring interviews with award-winning creators.

Film.io is the world's most powerful decentralized filmmaking ecosystem placing Hollywood decision-making onto the blockchain and into the hands of creators and fans. As the world's first filmmaking DAO, Film.io liberates film, TV and NFT creators and replaces centralized power with transparency and inclusivity by handing over the governance of Hollywood to fans. Film.io's platform allows creators to submit projects, build audiences and receive market validation, expanding access to funding and licensing. It empowers fans to vote on films by staking Film.io's native FAN Token to projects they support, and allows film investors, studios and streamers to scout market-validated projects with pre-developed audiences and analytics.