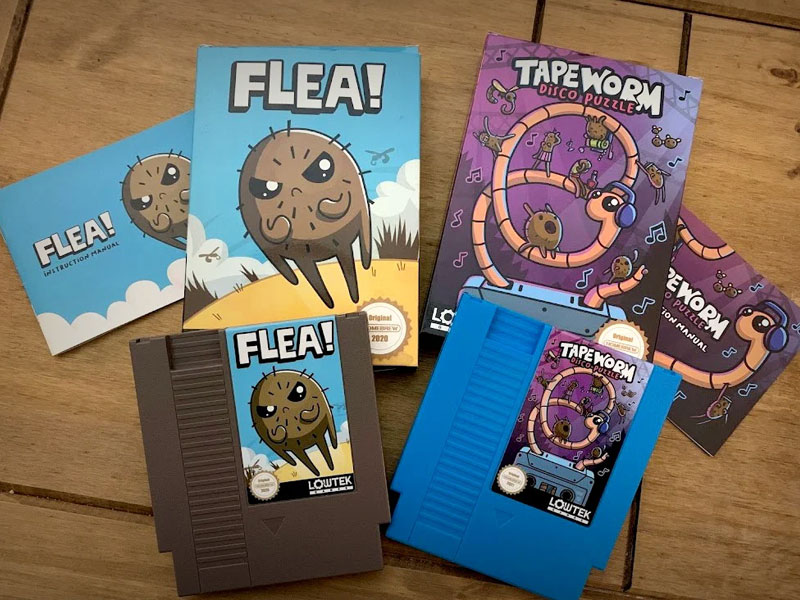 Alastair Low hadn’t even been born when the NES was originally released in the UK. But he spent much of his childhood joyously playing on Nintendo’s 8-bit wonder machine after picking one up for a pittance at a car boot sale in the mid-1990s. “I remember getting a NES with R.O.B. and the gun for three pounds in the box,” he says. “Bloody amazing back then.” Although the console was far from current, he adored the machine. But when he upgraded to a Super NES, he encountered some problems.

Alastair has dyslexia, to the point where he finds some text almost impossible to read. “I remember playing The Legend of Zelda,” he gives as an example, “but because I'm really dyslexic, I hadn't read the name ‘Zelda’, I just went, ‘Oh, it's the game with the golden cover’.” When he later got Ocarina of Time on the N64, he didn’t realise it was part of the same series until he starting playing.

His dyslexia wasn’t an issue for the generally text-light games of the 8-bit era, but many games from the 16-bit era onwards can be nigh-on unplayable owing to the dramatic increase in the amount of words. “Between Atari and NES is great,” he says, “And then from the SNES onwards, they had so much more memory that they could fit novels in.”

The rise of text meant that Alastair had to give up hope of playing – or at least understanding – some of gaming’s greatest hits, like Final Fantasy VII. He cites Telltale’s Walking Dead titles as notorious examples of games with some parts that are essentially impossible for people with dyslexia, owing to the fact that they regularly present multiple-choice questions which have to be answered against the clock. “Being able to pause the game at that point would be amazing as a dyslexic player,” he says. “And you could argue that non-dyslexic players would take advantage of it, but who really cares if it means like more people can play it? It could be an opt-in that’s not turned on for everyone by default.”

The good news is that some games have made huge strides in accessibility for players with dyslexia. In particular, the rise of text-to-speech options, where the game will read out text in menus and other options, has been a massive boon, Alastair says. “Assassin's Creed Valhalla did it really amazingly,” he says. “They've got a virtual cursor you can move around, and then anything you hover over, it reads. That's amazing.”

Nowadays, Alastair offers advice to other indie developers on how they can make games more dyslexia-friendly. “Dyslexia presents itself differently with different people,” Alastair says, but he thinks there are a few simple things that developers can do to make games more accessible. As well as presenting dialogue in short, skippable snippets, he suggests that text should be in sentence case rather than all capitals, and that developers should use an easily readable sans serif font.

Last year, Alastair left his job at mobile developer Ninja Kiwi to found Lowtek Games, and part of the studio’s work is providing accessibility features for people with dyslexia. Alastair has developed a Unity plug-in called Dislectek that allows developers to easily add dyslexia-friendly text to their games. But he has also been creating dyslexia-friendly games for the console he loves: the NES.

Alastair had been interested in making homebrew games for a while before he discovered NESmaker, a simple program that enables anyone to easily create games for Nintendo’s 8-bit console. He had previously come up with a concept for a game where the main character automatically jumps constantly, and had even made a demo for mobile phones, but now he switched his design efforts to the NES – and Flea! was born.

“The reason I went with a flea is because I thought frogs and rabbits had already kind of been covered in the games industry,” explains Alastair, adding that he could only think of one other game with a flea as the main character – Frantic Flea on the Super NES. Plus, the tiny parasite ideally fits with the ‘always jumping’ mechanic, where the player carefully guides the hopping insect over and under lethal spikes on its quest to collect blood.

The enforced boredom of the countrywide lockdown at the start of 2020 gave him the time to get it completed. “COVID helped me finish it because I was staying in at night doing all the level design,” says Alastair. “It really got it over the line: it would have taken a lot longer otherwise.”

But Alastair went one step further than merely creating a NES game you can play on PC: following a successful Kickstarter campaign, he produced a limited run of actual NES cartridges, so gamers can play Flea! on the original console (or modern equivalents, like the RetroN or Analogue NT). But how do you go about manufacturing cartridges for a console that was discontinued some 26 years ago?

“I was going to source it all myself: buy the carts from AliExpress, buy the boards from Infinite NES Lives, and get some guy called Frank in America to print the boxes and the manuals,” says Alastair. “Then I realised that it was gonna be very, very expensive to get it all sent to me and then sent back to America – because the majority of the people that were buying the things were in America. Then, during the Kickstarter, Broke Studio messaged me, and they could just do it so much cheaper, and they were handling everything as well, like distribution.” Broke Studio is a French developer and publisher that was founded in 2017 to exclusively create and distribute new games for old consoles – and it’s one of many firms, like Limited Run Games and Strictly Limited Games, that are part of the trend for reviving development on defunct games machines.

Even with Broke Studio’s help, it wasn’t cheap to manufacture the Flea! cartridges, which retail at £50, or £60 for a coloured cartridge. Even at that price, Alastair reckons the profit margins are about the same as for the much cheaper digital version of the game. But he thinks the hassle of making cartridges is worth it. And there’s no shortage of collectors looking to buy them – Alastair himself believes he now has more homebrew NES games in his collection than original releases from the '80s and '90s.