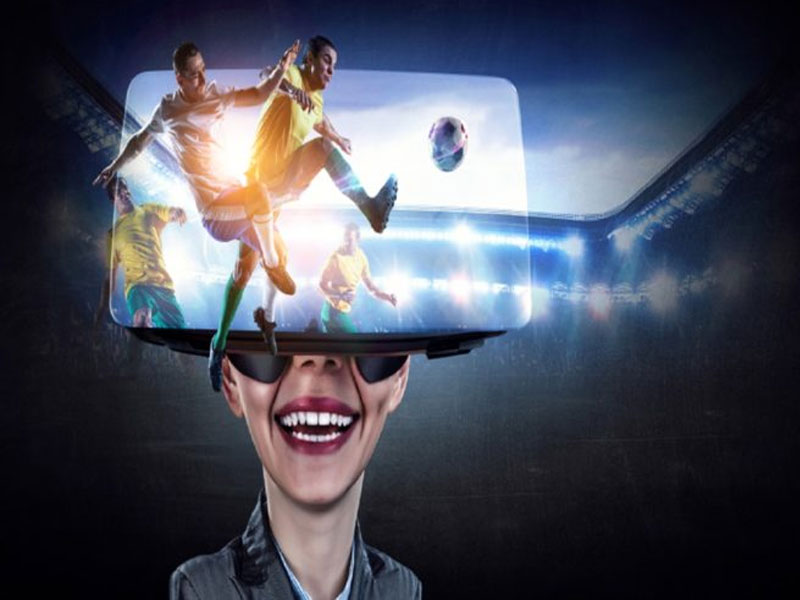 The High Court of Madras was recently called upon to referee a tug-of-war between the undeniable allure of online gaming afforded by gaming unicorns and the questionable morality of gambling. The High Court struck down the short-lived amendment made to the Tamil Nadu Gaming Act, 1930 vide a detailed Order.

This article explores the root of the ban proposed by the State Government and the legality, thereof, in the light of the High Court decision.

The global video game industry is a burgeoning one that boasts of patronage across ages, gender(s), education and qualification(s). Online gaming compensated for the reduced social engagement that coronavirus left in its wake. The online gaming industry is expected to grow at a compound annual growth rate of 40% and global revenue is expected to jump 20% this year, touching $175 Bn.

Gambling was always considered taboo, even before Bharat was refashioned as India. Prior to achieving Independence in 1947, the Public Gambling Act, 1857 prohibited public gambling and the keeping of common gaming houses in India. By virtue of Entry 34 of List II in the Seventh Schedule of the Constitution of India, the State wielded exclusive power to legislate over ‘Betting and gambling’. The Tamil Nadu Gaming Act, 1930 punished gaming and keeping of game-houses, while excepting games involving mere skill.

Skill vs. Chance: The Real Gamechanger

All Indian laws that hitherto sought to regulate gambling targeted ‘games of chance’ while exempting ‘games of skill’ and the legality of the games was tested on this indicium. The Supreme Court acknowledged that a game involving substantial skill would not amount to gambling and noted that a competition where success does not depend upon the exercise of skill to a substantial degree is a game of chance. Significantly, the involvement of stakes was deemed irrelevant to classify a game as a gambling activity.

The scope of the prohibition for games involving both skill and chance was aptly put to test in a case involving Rummy. The Supreme Court opined that even if providence governed the distribution of cards among players, a game of rummy demanded considerable skill in holding, memorising the fall of cards for discarding cards, etc. Ultimately, that element of chance present in rummy was held to not detract from the substantial skill required to succeed in a game of rummy.

The Supreme Court attended to a similar concern in the context of horse-racing when Tamil Nadu brought horse-racing within the definition of ‘gaming’ under the Tamil Nadu Horse Races (Abolition of Wagering or Betting) Act, 1974 even though the Public Gambling Act, 1857 prohibited wagering and betting contracts except when placed on horse racing games conducted under certain conditions. The Supreme Court ruled that horse racing was neither gaming nor gambling but was a game of skill considering the multifarious factors informing stakes over a favoured horse – the horses’ breed, calibre, training, jockey training, and knowledge for comparison with competitor horses.

The TV Show ‘Kaun Banega Crorepati’ was challenged for ‘arousing the desire of gambling to become an overnight Crorepati’, tantamount to a prize competition as per the West Bengal Gambling and Prize Competitions Act, 1957. The Courts held that the show involved mere skill and did not amount to gambling.

The TN Amendment Act Of 2021: A Policy That Turned Into Policing

Online Games And The Real Need For Their Regulation: With the advent of virtual simulation, the online gaming industry captured the collective imagination of the world with different segments, such as real money games (rummy, poker, quiz, fantasy sports) and E-Sports (sports competitions in the form of video games). As a separate sub-sect, online fantasy games encouraged fans to create fantasy teams based on their understanding of the game and compete in a league for rewards from a common stakes pool. Online fantasy leagues are classified as games of skill comparable to horse-racing, since the player must have extensive knowledge of the game as well as popular sporting personalities.

Objectives of the TN Amendment Act, 2021: Even as the world was recalibrating to an increasingly virtual way of life, the State of Tamil Nadu promulgated an Ordinance to prohibit wagering in cyberspace. Companies hosting online games scrambled to obtain a stay on the Ordinance but were turned away at the altar. The amending Act was introduced on 04.02.2021 with the apparent objective of protecting society from the perils of online gaming, curtailing addiction, and averting suicides by victims of cheating due to online gambling. The amendments re-defined ‘gaming’ in Section 3(b) to include wagering or betting in cyberspace and prohibited such wagering in Section 3-A. Section 11 was rephrased to prohibit even games of mere skill, if played for stakes.

Objections To And Defence Of The Amendments: Gaming unicorns assailed the amending Act as conflating games of skill with games of chance and that the prohibition on conducting games of skill was violating a fundamental right to business under Article 19(1)(g) of the Constitution of India. It was also argued that the amendments were not aligned with the doctrine of proportionality.

The State justified the amendments as a timely intervention to inhibit immorality, to protect gullible gamers from being cheated and to prevent rising suicide rates – apparently attributable to losses borne out of online gambling events as spouted by media reports. The State defended its role as parens patriae and emphasized the need to reasonably regulate society by balancing individual rights.

Intervention by the Court: The Madras High Court struck down the amendments as overbearing, arbitrary, and pernicious. Noting the sweeping phraseology of Section 3-A coupled with the expansive definition of ‘gaming’ injected in Section 3(b), the amendments were held to eliminate any chance of displaying skill in any game once any stakes are involved. The amendments imbued ‘Gaming’ with enlarged potency even beyond the contours of Entry 34 in List II of the Seventh Schedule of the Constitution of India. While acknowledging that paternalistic governance was necessary to care for the destitute or to remedy social imbalances, over-paternalism was decried as a veneer for authoritarianism nearing repression. The High Court decimated the amendments by analysing how though Section 3-A was limited to cyberspace, Section 11 carried references to Sections 5-10 of the amending Act and outlawed even physical games when played for the slightest of stakes or prizes, say, even bragging rights!

The High Court held that the amendments far exceeded the scope for regulation by negating skill as a component, especially since the amendments were based entirely on anecdotal apprehension(s) over the perils of addiction. The High Court felt that the amendments attempted to surreptitiously undo the effect of stare decisis by adopting ‘prohibition’ over ‘regulation’ when no less than the Apex court had ruled that ‘games of skill’ were not prohibited and where the 276th Law Commission Report helmed by Dr. Justice B.S. Chauhan had recommended ‘regulation’ instead of ‘prohibition’.

While concluding, the High Court acceded to the right of the State Government to legislate on betting and gambling, albeit in conformity with constitutional propriety.

Shortly after the Order was pronounced, a statement was released proclaiming the intent of the State to legislate and prohibit online betting games like rummy and poker with stakes. Simultaneously, the Online Rummy Federation expressed its commitment to collaborating with the Government to devise a balanced regulatory framework for the gaming sector. From a legalistic viewpoint, it will be interesting to see how similar enactments in the other Indian States will fare, especially when the State of Nagaland has successfully evolved a framework for regulating games of skill and prohibiting games of chance by offering licenses to persons for conducting online games.

As for the gaming industry, the authors believe that the field is a goldmine of opportunities even as online gaming and games involving virtual simulation gain traction as a legitimate method of sourcing talent and pitching ideas. Gamification continues to be a fascinating ground for forging developmental policies as an accredited tool for developing artificial intelligence (AI) by bridging knowledge gaps. The time is ripe and the soil fertile, for evolving a framework that is viable for all stakeholders, including gamers.