Data Council Austin: A Melting Pot for Everyone Working with Data 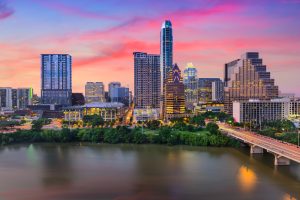 Data Council Austin organizers emphasize the technical diversity of the audience and topics covered as a true differentiator for the event.

Now that in-person events are taking place, people now have the opportunity to do what these things are ideally suited for, namely sharing information and collaborating with others in the field. A perfect example of what is possible was last week’s Data Council Austin conference, which brought together those involved in data science, engineering, and analytics.

The organizers emphasize the technical diversity of the audience and topics covered as a true differentiator. The event included “geeks, coders, scientists, analysts, and more,” according to the organizers. This year’s event offered six tracks, including Data Engineering & Beyond, Data Science & Analytics, ML Infrastructure, AI Products, Lightning Talks, and a series of peer-led workshops. Sessions included more than 60 speakers, peer-led workshops, and the conference’s special brand of ‘Office Hours,’ where attendees had in-depth conversations with speakers after each talk. Speakers included leading data scientists and engineers from top organizations, including Facebook, Netflix, Lyft, Databricks, LinkedIn, Stanford University, and many more organizations.

The sheer size of the event is a tribute to the enormous interest in the use of data and data analytics. Even with the impact of the pandemic over the last few years (or perhaps because of the impact), the demand for information in these areas has skyrocketed. The event started in 2013 as a series of meetups called the ‘Data Engineering Meetups.’

The organizers claim this was before most companies were thinking about data engineering as a discipline. The Data Council was launched in 2015 and expanded its focus to include data science, machine learning, and AI content.

One of the cornerstones of Data Council events is the emphasis on a community that shares information about solving the problems at hand.

A good example of how such a philosophy got put into practice at the event was evident in the conference keynote sessions. Some of the topics discussed included:

Complementing the keynotes was the conference’s two-day track dedicated fully to peer-led workshops. This allowed attendees to try out the latest products, get a hands-on experience with new tools, and meet some of the most talented engineers, data scientists, and tool builders in the industry.

Those who could not attend the conference in person can still access much of the information presented after the fact. The Data Council has published the conference’s content (talks and slides) for the community. Just go to any session on the conference’s site, and it will lead to a simple form to fill out to download the session slides.

Salvatore Salamone is a physicist by training who has been writing about science and information technology for more than 30 years. During that time, he has been a senior or executive editor at many industry-leading publications including High Technology, Network World, Byte Magazine, Data Communications, LAN Times, InternetWeek, Bio-IT World, and Lightwave, The Journal of Fiber Optics. He also is the author of three business technology books.