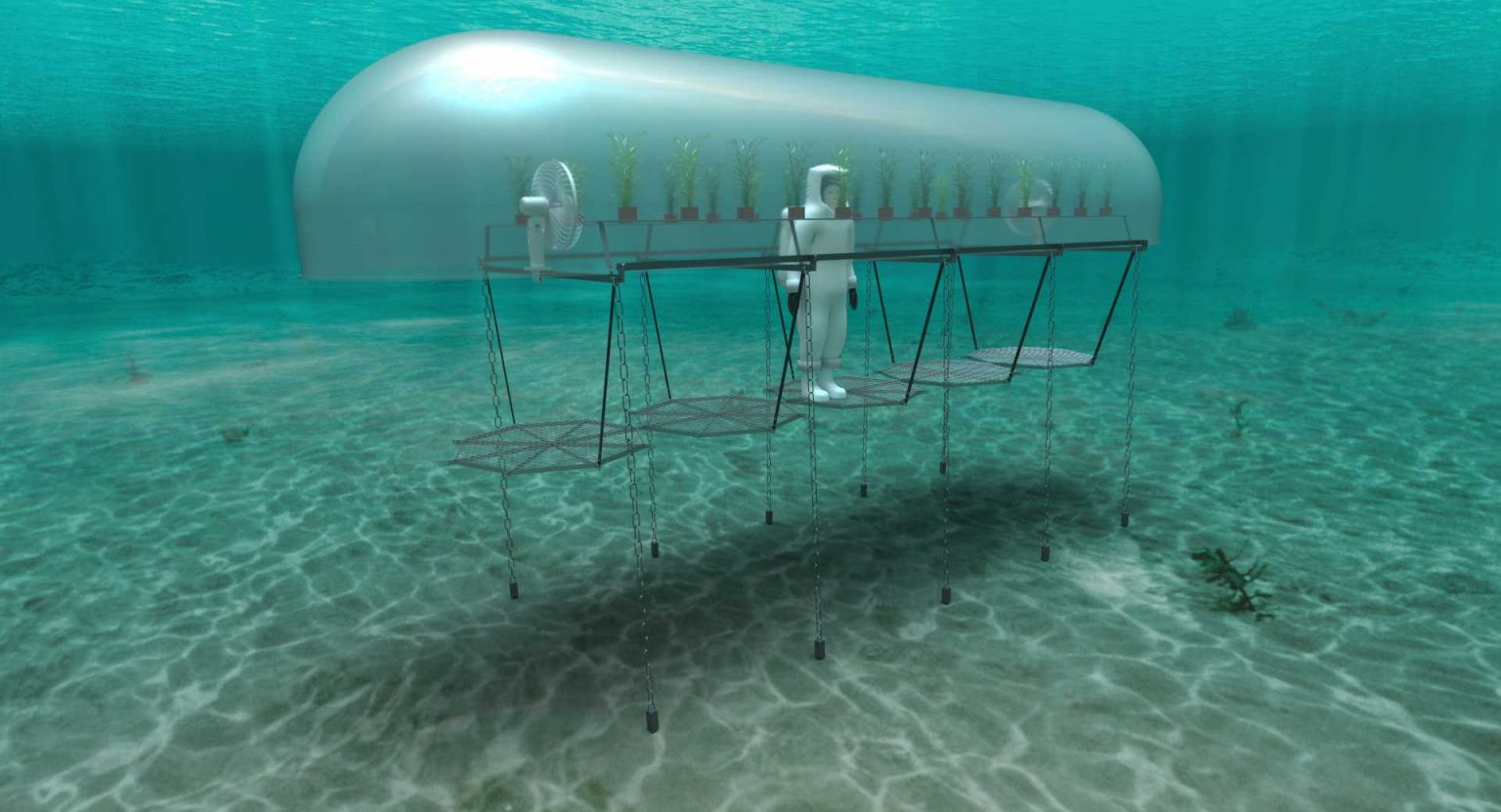 Off the Italian coast, something amazing is happening under the surface of the sea. Resembling a bloom of giant jellyfish anchored to the ocean floor, a new form of agriculture is growing in Nemo’s Garden. These large clear domes, or biospheres, are a unique new type of underwater greenhouse.

These biospheres harness the positive environmental factors of the ocean – temperature stability, evaporative fresh-water generation, CO2 absorption, and natural protection from pests – to create an environment ideal for growing all manner of produce.

The brainchild behind Nemo’s Garden is Sergio Gamberini, president of diving equipment manufacturer Ocean Reef, who in 2012 was challenged by a friend to combine his experiencing designing diving equipment with his passion for gardening – but he had no idea that it would turn into a new business with a vision of creating more food for the population.

Over the past decade, Gamberini and the team at Nemo’s Garden have been working to prove that cultivating fruit and vegetables under water is possible. They have not only successfully harvested a variety of crops from their prototype biospheres but also discovered that the plants grown in this environment were richer in nutrient content than those grown using traditional methods.

The next big hurdle was to turn their prototype into a solution that could be deployed globally – but they knew they did not have another 10 years to make this happen, and knew they needed to find a way to employ new technology.

A new path to overcome the challenge of scaling

Harsh winters, short summers and initial seafloor-use permit limitations capped Nemo’s Garden to one growth cycle a year, which has meant only one innovation cycle annually. Only after the growing season and harvest was completed could the team fully understand the impact of a design or process change on the crops – limiting how quickly the team could evolve and scale the project.

Any design changes made to reduce cost, increase production capacity or to improve plant health and yield required this lengthy physical testing step along with the associated investment costs of the prototype. Heavily manual monitoring processes during the growth cycle further increased these costs.

Nemo’s Garden turned to TekSea, a consulting firm focused on applying industry 4.0 technologies to help organisations deliver sustainable solutions. TekSea’s Matteo Cavalleroni identified Siemens Software as a technology partner who could help transition the prototype into a viable alternative agriculture solution that could be manufactured and installed anywhere in the world. Nemo’s Garden began to implement the Xcelerator portfolio of software and services, and the collaboration expanded from the automation of sensor monitoring to developing a digitalisation strategy cantered on a Digital Twin of the biosphere.

A digital twin is a virtual representation of a physical product or process, used to understand, predict, and optimise the physical counterpart’s performance characteristics. Using a digital twin, innovation can happen in a virtual world, free from physical prototyping costs and the time limitations of a traditional approach.

The team at Nemo’s Garden was impressed when they saw demonstrations of the software and how a digitalisation strategy could help them achieve their vision. As a result, they were keen to begin their digital journey in close collaboration with the global team of Siemens experts.

A comprehensive digital twin of Nemo’s Garden biospheres helped the team address all of their challenges. It not only encompassed the design evolution, but also simulation of the growing conditions within the biospheres and the impact of the equipment and its use on the body of water in which it would be located. They are no longer limited by weather conditions, seasonality and short growing seasons or reliant on physical diving and manual monitoring.

Adaptations to the biospheres are tested through simulation software in the virtual world, enabling the team to refine the designs and processes at a massively accelerated rate.

Data collection is important for any type of engineering project; however, it is especially critical when trying to do something entirely new like growing food under the sea. The Nemo’s Garden team had collected a wealth of historical sensor data in previous seasons, which was especially useful for developing the digital twin. Temperature, CO2 / O2 concentration, inclination angles, water levels, and power consumption data was compared with predictions from the initial simulations to validate the digital twin of the Nemo’s Garden domes and surrounding ocean.

With a virtual model and test bed available, design iterations started again in earnest without costly physical prototype builds or iterative fine tuning on a sub-sea environment. Rather than rely on a passive growing environment, the conditions within Nemo’s Garden could be tuned as the ocean and biomass changed during the season.

This enabled the engineers to answer critical questions – such as: How many plants should be grown in each enclosure? How much sunlight should be let through to the plants? What is the minimum dome thickness and anchor strength required to handle the pressures and forces acting on the structure during both normal and abnormal conditions? –

Using 3D design and simulation software, including Siemens’ NX and Simcenter software in the virtual environment, the team was able to push the limits on the design and construction of the biospheres and imagine better biospheres. Previously, changes needed to be made incrementally so all involved could accurately measure the impact. But by leveraging the digital twin of the biosphere with a simulation of the Bay of Noli, the team is now able to make much more impactful changes, more quickly.

They are modelling elongated domes to fit more plants per enclosure and reducing thickness of the material to reduce weight, which also makes transportation and installation easier. The new biospheres could also be constructed with thin polymer lines, which will further reduce deployment struggles, while also reducing the manpower required.

In addition to speeding design and development of the biospheres, Nemo’s Garden also needed to optimise and scale the habitats for growing, tracking, and harvesting to achieve their sustainable business goals. They are adopting a fully digital, automated approach, drawing on Siemens’ extensive experience in leveraging software to automate traditional farming practices, that no longer will require trained divers to collect data underwater.

Just as with farming on the earth, there are a multitude of factors that can affect plant growth underwater in the biospheres – sunlight, humidity, O2/CO2 concentrations and more – so the team designed robust control systems that could actively monitor and adjust the environment with much more precision compared to traditional farming.

The team next used live video uploaded to Siemens’ MindSphere Internet of Things (IoT) service to train a machine learning algorithm to determine the health of individual plants. With the algorithm deployed onto Siemens Edge controllers placed in each biosphere, the Nemo’s Garden team could remotely monitor the plants throughout the season – from anywhere, in real time.

Next season the Edge controller will be connected to actuators allowing the trained AI to automatically adjust air circulation, humidity, irrigation and nutritional dosing throughout the whole season. This will be the foundation of a global agricultural service, optimized for subsea operations, and tuned for each of the world’s oceans.

The team at Nemo’s Garden has taken something that started out as a light-hearted challenge over dinner with friends and turned it into a viable agricultural alternative. In partnership with Siemens, they are turning this unique concept into a commercially viable subsea farming platform that can be sustainably deployed around the world, especially in areas where environmental or economic reasons prevent traditional plant growth.

While the seeds of success already have been planted with Nemo’s Garden, the team is still pushing toward their ultimate goal of providing more food for the world’s population with hundreds of installations around the globe.

They are already exploring ways to further refine their undersea agriculture platform with exciting new Siemens technologies that will enable them to introduce everything from robotics to solar power. Leveraging software as a service and the digital twin, they will continue to propagate new ideas and innovations that will increase their yields while further decreasing their environmental footprint. 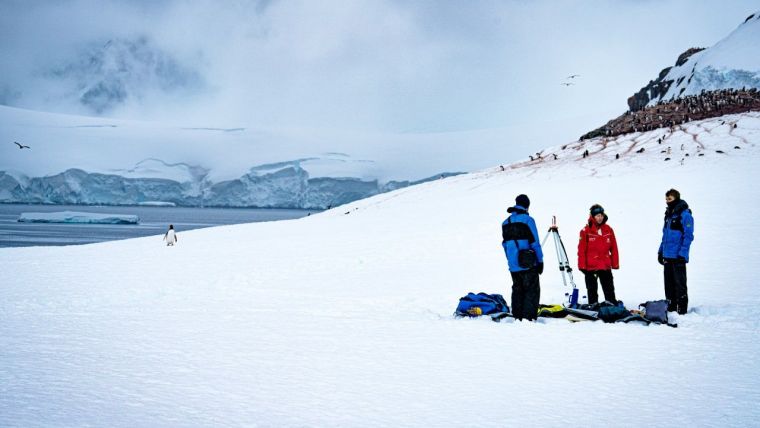 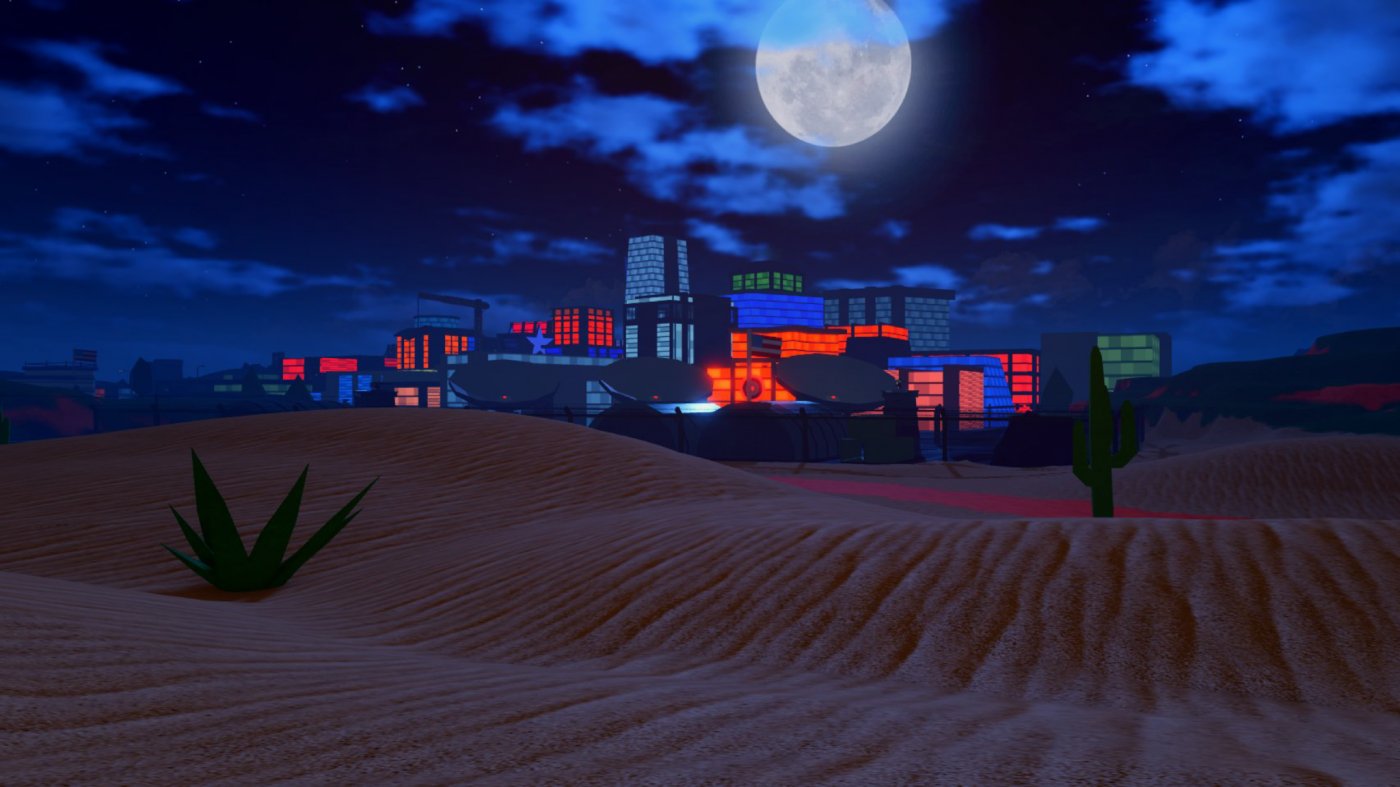 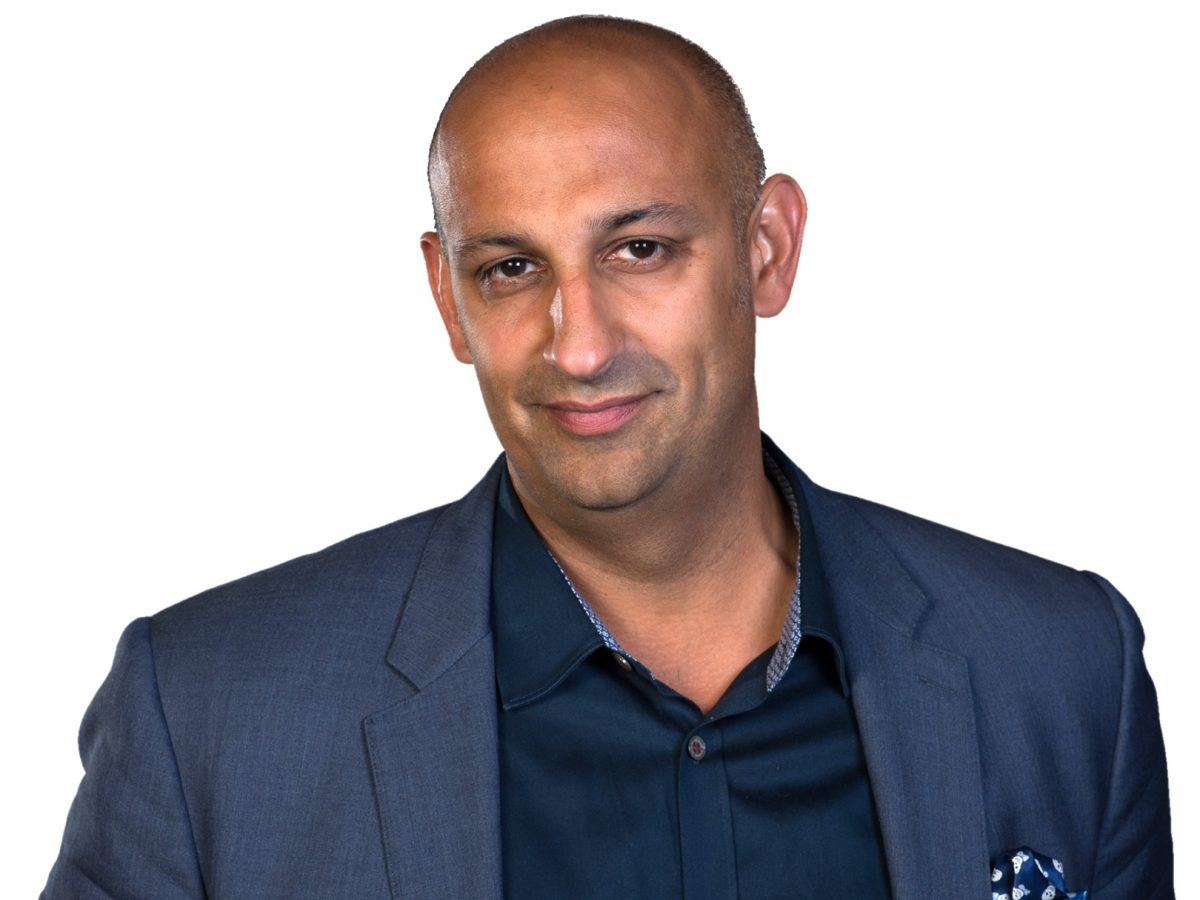 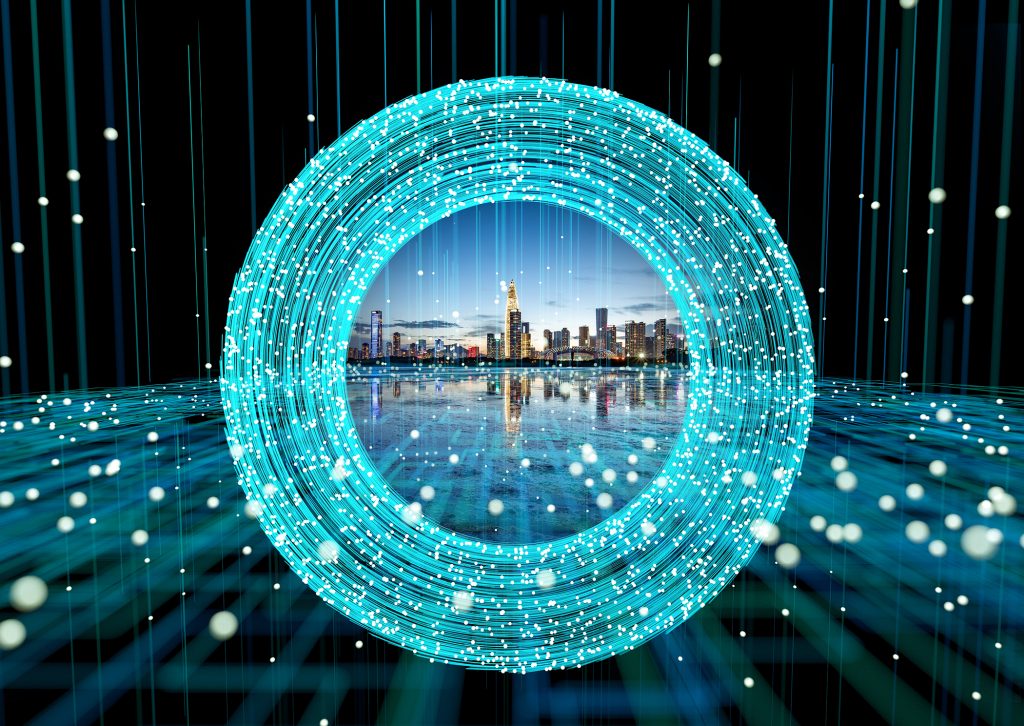