Could Apple Help Speed-Up The Adoption Of The Metaverse? 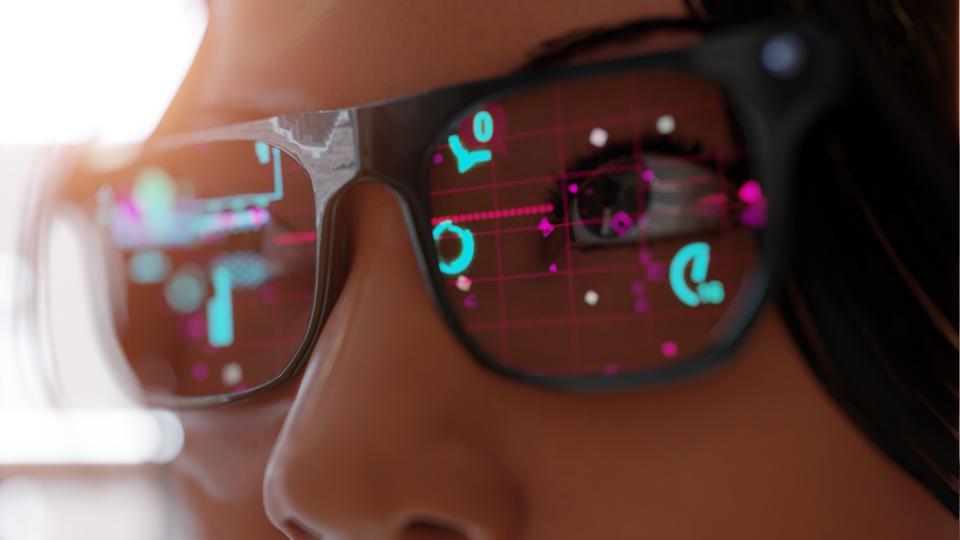 Late last month, the Pew Research Center released a fascinating study in which they asked 624 technology innovators, developers, business and policy leaders, researchers, and activists to share open-ended responses to a question seeking their predictions about the trajectory and impact of the metaverse by 2040.

The results of PRC's nonscientific canvassing:

" 54% of these experts said that they expect by 2040 the metaverse WILL be a much-more-refined and truly fully-immersive, well-functioning aspect of daily life for a half-billion or more people globally.

46% said that they expect by 2040, the metaverse WILL NOT be a much-more-refined and truly fully-immersive, well-functioning aspect of daily life for a half-billion or more people globally.

These experts were asked to elaborate on their multiple-choice answers in an open-ended question that invited their views about both the positive and negative aspects of the digital world to come. Two broad themes emerged in those written remarks. First, a notable share of these experts argued that the embrace of extended reality in people's daily lives by 2040 will be centered around augmented-reality and mixed-reality tools, not in the more-fully-immersive virtual reality worlds many people define today as being "the metaverse." Second, they warned that these new worlds could dramatically magnify every human trait and tendency – both the bad and the good. They primarily focused their concerns on the ability of those in control of these systems to redirect, restrain or thwart human agency and stifle people's ability to self-actualize through the exercise of free will. They worried over the future freedom of humans to expand their native capacities."

This is the first serious study, albeit not scientific as the Pew Research Center states, that gets knowledgeable perspectives from top minds studying the concept of the metaverse and gives insightful views on a technology that has great potential to shape our digital future.

I highly recommend you read this study to understand the minds of many highly knowledgeable experts about this subject.

Eric Burger, who recently worked in the White House Office of Science and Technology Policy and as the chief technology officer at the Federal Communications Commission, now on the computer science faculty at Georgetown University, responded, "The metaverse will pan out like remote-controlled self-driving cars or roadable aircraft: almost here for decades yet structurally unlikely for decades. The use cases for fully immersive experiences have a small niche that, for economic reasons, is unlikely to grow into a global phenomenon for decades to come."

Jacquelyn Ford Morie, VR pioneer and chief scientist at All These Worlds, co-editor of "The Handbook of Research on the Global Impacts and Roles of Immersive Media," argued there is much to be accomplished before fully–immersive tech will be viewed as worthy of broad adoption. "To be so successful by 2040," she said, "it must be many things to many people, enrich or make better their everyday lives. It must go beyond games and entertainment to provide what each and every person needs. The first, and the biggest, step will be to instantiate and regulate the metaverse as a public benefit/utility, so the greatest number of people can access and benefit from it. It must offer value to its participants and not simply treat them as money sources. If it has to make tons of money for companies and the top 10%, it is doomed to be niche-driven and not a true evolution of humanity."

A notable share of these expert respondents said they expect that augmented reality applications will be far more widely used in people's daily lives than immersive VR, which they expect will remain a niche realm. Louis Rosenberg, is CEO of Unanimous AI. His doctoral work at Stanford University resulted in the virtual fixtures system for the U.S. Air Force – an immersive augmented-reality system built in 1992. He predicted: "By 2035, people will laugh at images of the 2020s that show people walking down the street staring down at a phone, necks bent, thinking it looks awkward and primitive. The metaverse will evolve in two directions at once – the virtual metaverse (fully simulated worlds) and the augmented metaverse (layers of rich virtual content overlaid upon the real world with precise spatial registration). The virtual metaverse will increase in popularity but will always be restricted to short-duration applications – mostly for gaming, socializing, shopping and entertainment, and it will have powerful business and education uses as well. The augmented metaverse, on the other hand, will replace mobile phones as our primary gateway to digital content. The transition from mobile phones to AR hardware will begin in the middle of the 2020s and will be complete by 2035, possibly sooner. It will fundamentally change society, altering our world into a merged reality of real and virtual. People will use AR eyewear from the moment they wake up to the moment they go to sleep, much like they keep mobile phones with them today. Blockchain will be used to assign ownership of virtual objects within the metaverse. There are many other potential uses, but it's too early to know if those will happen or not. But assigning ownership is a natural fit. To see a vision of the augmented metaverse at the end of this decade, you can check out my fun narrative, 'Metaverse 2030.'"

I found Louis Rosenberg's comments most interesting. He spells out much of the way I think about the future of the metaverse, when he states, "The metaverse will evolve in two directions at once – the virtual metaverse (fully simulated worlds) and the augmented metaverse (layers of rich virtual content overlaid upon the real world with precise spatial registration). The virtual metaverse will increase in popularity but will always be restricted to short-duration applications – mostly for gaming, socializing, shopping and entertainment. It will also have powerful business and education uses. The augmented metaverse, on the other hand, will replace mobile phones as our primary gateway to digital content."

Indeed many respondents to this survey highlighted that AR would more likely be a mainstream technology. However, users will use VR more for short immersive settings like games, shopping, quick meetings, etc.

This focus on AR is also at the heart of Apple's strategy. Right after Tim Cook introduced the AR Kit at WWDC in June of 2017, I spoke with him about his thinking about AR. He told me that he believed AR could become one of Apple's most significant contributions to the world of tech and have a broader impact on our digital lives.

While the Pew Resource Center study asked people to give their longer-range views with the year 2040 in mind, it did not consider what I would call the wild card or the X factor in this discussion. That would be if Apple introduced consumer-friendly AR/XR glasses in the next few years and how it might speed up the adoption of at least a vital portion of a metaverse vision?

Apple has a strong history of taking existing technology to a broader consumer market with technologies that already existed but made them much better and tied to an ecosystem of apps and services that revolutionized the need for a particular segment.

For example, mp3 players were in the market for over five years before Apple introduced the iPod. However, the iPod spawned a new market for portable music players and dominated this genre for over 15 years.

Apple was not the first to introduce a smartphone. Yet, when Apple brought out the iPhone, with its app store and links to services, it also revolutionized the smartphone market. As a result, billions of smartphones have been sold, and most people carry one with them daily.

Apple also did not invent the tablet market. I tested my first tablet in 1992 when early pen-based tablets first became available. Eighteen years later, in 2010, Apple introduced the iPad, dramatically changing how we compute in mobile settings.

And Apple did not invent the smartwatch, yet today the Apple Watch is the dominant smartwatch in the market, and it too has revolutionized the concept of what a watch can do besides tell time.

Tim Cook's vision for AR, regardless of when Apple releases AR glasses or some form of AR/XR headset, needs to be factored into any discussion about the future adoption of the metaverse. Pew Research Center's study rightfully chose an 18-year time frame for the metaverse to reach its ultimate goal. However, I would have liked for them to include a question that asked, "How Apple's entry in AR/XR before 2025 might impact their longer-range forecasts on this topic?"

Apple's history of entering existing markets and tying them to apps and services suggests that an Apple AR/XR push by mid-decade could speed up the adoption of AR. This history is something that most respondents to this study would have to agree would have a more significant impact on delivering, sooner than later, some form of a metaverse experience.

I have been recognized as one of the leading industry consultants, analysts and futurists, covering the field of personal computers.