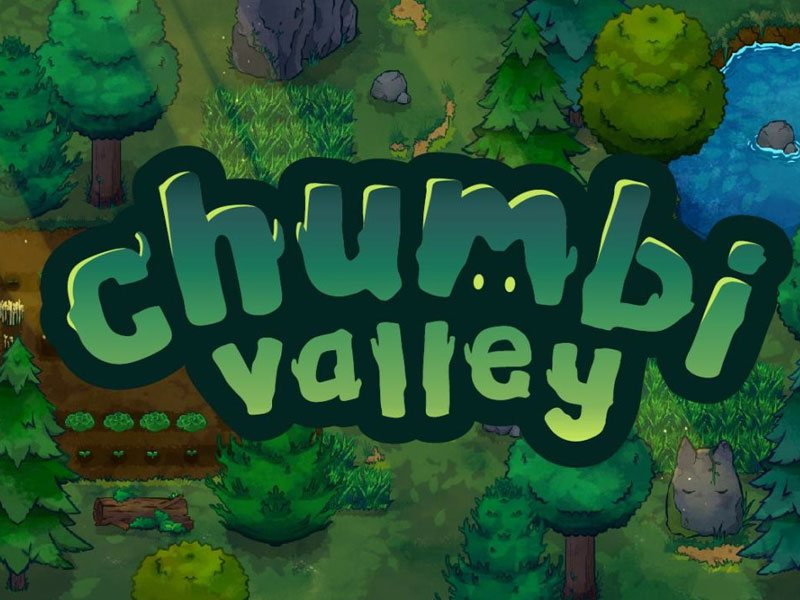 PRESS RELEASE. Chumbi Valley is the next big iteration in the play-to-earn blockchain gaming market, as it provides a sense of familiarisation and nostalgia from the much loved Pokemon and Zelda era but with its own unique game mechanics and adorable NFT characters. What may be the biggest strength of all however is the surprisingly large community it has built, well before anything has even been released to the public, boasting more the 260K Discord, 250K Telegram, and 220K Twitter followers.

Join the Discord, Telegram, and Twitter for announcements on the Token Launch and NFT sale happening this month.

Why Is There so Much Hype for Chumbi Valley?

Currently, Chumbi Valley boasts over 250,000 Discord members, 210,000 Twitter followers, and has needed to set up a second Telegram channel to manage the influx of people wanting to learn more about this project. Numbers like these are reserved for the established platforms of the gaming world, think Axie Infinity, however breaking this paradigm is Chumbi Valley: a game that hasn’t launched, and is less than 6 months old from its concept.

Nothing cements this more than the applications for their upcoming Seed Chumbi NFT sale. With 4,000 spaces available, Chumbi Valley had 200,000 applications for these coveted positions in a raffle hosted by GiveLab. To put this in context, it is the largest raffle GiveLab has ever hosted, requiring an increase in server resources as well as a custom data export to manage the event successfully.

Things to Look Forward To:

The Seed Chumbi NFT sale is scheduled for December 2021. The first 4,096 Chumbi NFTs will by virtue be the most valuable, rarest, and sought-after Chumbi to ever exist.

Special features of these seed Chumbi will include additional airdrop bonuses as well access to beta gameplay and special events.

You can read more about the Seed Chumbi NFT Sale: https://medium.com/@chumbivalley/seed-chumbi-nft-sale-43f4139d8d2

Chumbi Valley will be launching its primary token $CHMB on PancakeSwap and a soon-to-be-announced CEX. Chumbi Token (CHMB) will be deeply tied into the game’s

Important note: $CHMB has not been launched yet, please be careful of fakes.

Let’s take a deeper dive into Chumbi Valley to get an understanding of what players can expect not just from gameplay but the addition of play-to-earn and NFT ownership.

What Is Chumbi Valley?

Chumbi Valley is a role-playing blockchain game being built on the BSC & Polygon networks. The game will be playable on PC, Mac, and Android as well as iOS in the future. Players will be able to care for creatures called Chumbi, explore the Valley landscape to find rare NFT items, start a farm, battle other Chumbi, and more.

Chumbi are lovable NFT creatures that inhabit a lush and mysterious forest valley. They have a special connection to the forest and use spells to conserve and protect it. Players will be paired with an Ancestor Chumbi to get embarked on a mystical adventure. Ancestor Chumbi can help the player with fundamental tasks but cannot be traded.

The immersive nature of Chumbi Valley will emote feelings from a gaming past, with engaging visuals and a world set in a magical forest with endless possibilities. Your Chumbi will be loved and cared for by you to grow and prosper.

Players can be rewarded with Chumbi Valley’s primary and secondary token, $CHMB and

$LSTS. They can be earned through farming, exploring, crafting, breeding, and battling. As your Chumbi’s abilities increase so too do the rewards on offer.

When Is the Game Launch Date for Chumbi Valley?

The game is still in its development phase. The game launch is planned for mid-2022. Seed Chumbi holders will be the first to experience the gameplay with special access to the Beta version of the game as early as Q1 2022. December will be a big month for Chumbi Valley, with the planned launch of their token (CHMB) and the sale of the limited Seed Chumbi NFTs.

Final Take on the Chumbi Valley

Chumbi Valley has the potential to be the biggest game release for 2022, however, it also has the ability to far exceed just a game title. It is one of the most exciting and anticipated projects being developed. Its community engagement backs this up along with a string of high-quality venture capitalists being led by Everse Capital, proving validity to an already exciting project.