Chinese AI gets ethical guidelines for the first time, aligning with Beijing’s goal of reining in Big Tech 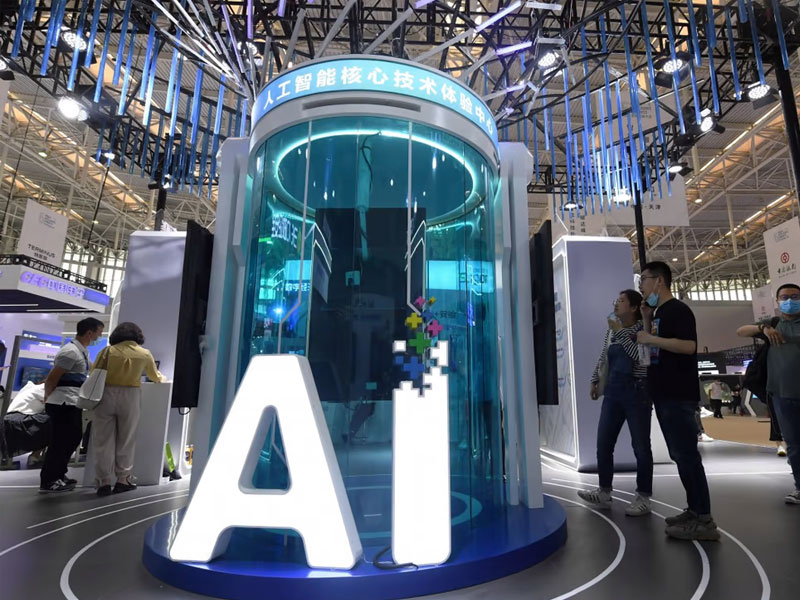 People view exhibits at the fifth World Intelligence Congress, a major artificial intelligence event in China, in Tianjin on May 20. China introduced its first ethical guidelines governing AI last week as it seeks to become the global industry leader by 2030. Photo: Xinhua

China has revealed its first set of ethical guidelines governing artificial intelligence, placing emphasis on protecting user rights and preventing risks in ways that align with Beijing’s goals of reining in Big Tech’s influence and becoming the global AI leader by 2030.

Humans should have full decision-making power, the guidelines state, and have the right to choose whether to accept AI services, exit an interaction with an AI system or discontinue its operation at any time. The document was published by China’s Ministry of Science and Technology (MOST) last Sunday.

The goal is to “make sure that artificial intelligence is always under the control of humans,” the guidelines state.

“This is the first specification we see from the [Chinese] government on AI ethics,” said Rebecca Arcesati, an analyst at the German think tank Mercator Institute for China Studies (Merics). “We had only seen high-level principles before.”

The guidelines, titled “New Generation Artificial Intelligence Ethics Specifications”, were drafted by an AI governance committee, which was established under the MOST in February 2019. In June that year, the committee published a set of guiding principles for AI governance that was much shorter and broader than the newly released specifications.

“China is ultimately opting for a heavy-handed model, where the state is thinking very seriously about the long-term social transformations that AI will bring, from social alienation to existential risks, and trying to actively manage and guide those transformations,” Arcesati said. “They are remarkably forward-looking in their thinking.”

The document outlines six basic principles for AI systems, including ensuring that they are “controllable and trustworthy”. The other principles are improving human well-being, promoting fairness and justice, protecting privacy and safety, and raising ethical literacy.

The emphasis on protecting and empowering users reflects Beijing’s efforts to exercise greater control over the country’s tech sector. One of the latest moves in the year-long crackdown has been targeting content recommendation algorithms , which often rely on AI systems built on collecting and analysing massive amounts of user data.

The new AI guidelines are “a clear message to tech giants that have built entire business models on recommendation algorithms”, Arcesati said.

However, the changes are being done in the name of user choice, giving users more control over their interactions with AI systems online, an issue other countries are also grappling with. Data security, personal privacy and the right to opt out of AI-driven decision-making are all mentioned in the new document.

Preventing risks requires spotting and addressing technical and security vulnerabilities in AI systems, making sure that relevant entities are held accountable, the document says, and that the management and control of AI product quality are improved.

The guidelines also forbid AI products and services from engaging in illegal activities and severely endangering national security, public security or manufacturing security. Neither should they be able to harm the public interest, the document states.

In 2017, China’s State Council set out an ambitious plan to leapfrog the US to become the global leader in AI. The first phase of the plan, which gives the government a leading role, specified that the domestic industry should keep pace with leading AI technology, applications, ethical guidelines and policy frameworks by 2020.

The next goal is to have major AI breakthroughs by 2025 and to become the leading country in the field by the end of the decade.