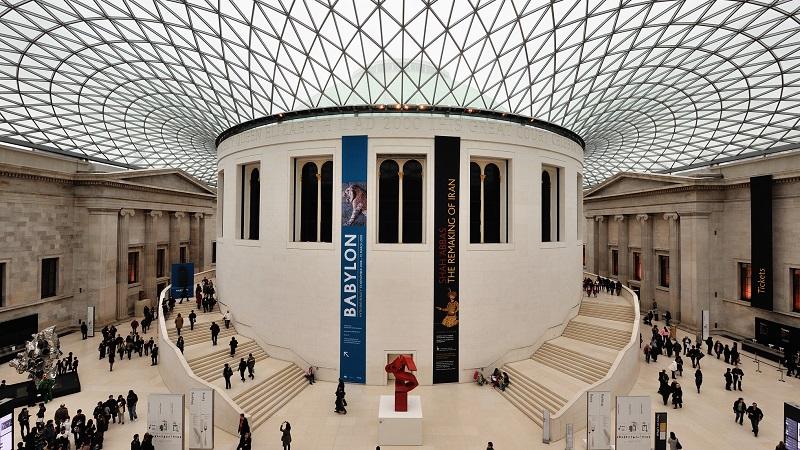 The British Museum is to offer visitors a tablet-based games app featuring augmented reality to help tell the story of some its most significant exhibits.

The program, which will run on a set of Samsung devices owned by the museum, is intended for use by children aged 7-14 who are visiting the museum on school trips. Pupils will use the app in groups of two or three, the museum said.

The technology will provide guided tours of between 30 and 45 minutes – featuring “tasks and minigames incorporated within a wider overarching story” – and covering three of the attraction’s most popular galleries dedicated to: the Parthenon; the Roman Empire; and the Sutton Hoo archaeological site.

Prior to the pandemic, the museum provided schools with a similar tablet-based app to help guide pupils’ visits. But that software is now “past end of life and cannot be used”.

The museum now wishes to take the opportunity to develop a new program that, for the first time, will incorporate augmented reality functionality to help “provide an immersive visiting experience for students and teachers”.

A specialist software developer will be appointed to create the app, which is scheduled to launch by September for two of the featured tours, with the third to be added in January 2023. The chosen supplier will be expected to ensure that “activities [are] varied to be engaging for students”, and it is required that the app remains relevant and useful until at least 2024 – and ideally until 2027.

The software, which will only be used on the devices owned by the museum, must take into account users’ potential accessibility requirements, and should also “include CMS capabilities allowing specific tasks to be disabled in the case of objects on loan [or] unavailable”.

Suppliers interested in delivering the app have until midnight tomorrow to bid for the project, which will be worth up to £50,000 to the chosen provider.

Once bids have been evaluated, work is due to commence in early May and the supplier will then work “primarily with the Samsung Digital Discovery Centre team which supports digital education in the Museum… working closely with two digital learning professionals with extensive experience working with schools and the relevant user group”.

Prior to the pandemic the British Museum, which is located in central London’s Bloomsbury district, was the UK’s most-visited attraction. In 2019 it attracted 6.2 million visitors, allowing it to retake the number-one spot from the Tate Modern art gallery – which topped the rankings for the first time in 2018.

Sam Trendall is editor of PublicTechnology. He can be reached on sam.trendall@dodsgroup.com.