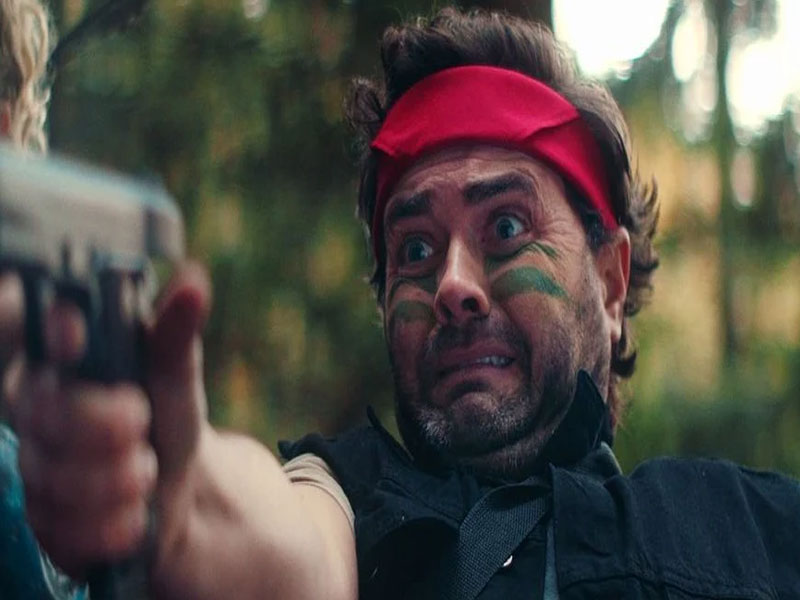 Wales Interactive's newest game, Bloodshore, continues the studio's interesting trend of reviving the use of FMV in video games.

FMV (full-motion video) games were once considered a charming anachronism, a brief fad that coincided with the advent of CD-ROM games in the early nineties. But developer Wales Interactive and its recent release Bloodshore is looking to change that.

The studio is renowned for its back catalogue of FMV games, including The Bunker and Don’t Knock Twice. Bloodshore is the latest in a long line of releases from the award-winning developer to fully embrace FMV, demonstrating that there may yet be a future for live action ‘interactive movie’ games, despite the genre's shaky beginnings.

A Brief History of FMV Games

FMV games were born when CD-ROM became the industry’s medium of choice in the early nineties. The hugely increased storage space available on the shiny silver disc dwarfed the paltry capabilities of its predecessor, the humble floppy disk, and as such developers were quick to beef up their games with enhanced soundtracks and pre-recorded video sequences. Indeed, virtually every game released had some sort of cinematic intro sequence, even if the game itself played out in old-fashioned sprites.

Video games had long aspired to being “interactive movies”, and now this dream could become a reality. Arcade machines like Dragon’s Lair had attempted this in the arcades using animated footage, but failed to take off due to the increased costs of production and resultant price hike for players of their machines. Now that pre-recorded sequences could be brought to home systems, there was a new opportunity to make truly cinematic games part of the mainstream.

Titles like The 7th Guest became unexpected bestsellers, with the new technology enabling developer Trilobyte to create an unprecedently atmospheric haunted house in which to torment players with fiendishly difficult puzzles. Featuring a blend of pre-rendered animations and live actors, the game became famous for its memorable villain Stauf, brilliantly portrayed by actor Robert Hirschboeck.

However, FMV games rarely attracted performers of Hirschboeck’s quality, and they became renowned for featuring cheesy acting and cringeworthy scripts. Civilization 2 included awkward pre-recorded scenes where the player’s advisors would make recommendations and squabble with each other, including an "attitude advisor" remarkably reminiscent of Elvis.

1992’s Night Trap courted controversy for its depiction of teenagers being preyed upon by home invaders, earning massive negative publicity for the entire games industry despite its incredibly tame and campy content. Even the original Resident Evil couldn’t resist getting in on the FMV act. The classic game included live action elements, which are notorious for being hilariously cheap-looking and badly acted.

However, the genre appears to be making a comeback. The popularity of interactive TV shows like Black Mirror’s “Bandersnatch” episode demonstrated that consumers still enjoy directing on-screen actors, and even The 7th Guest has been revived in the shape of The 13th Doll, a fan-made sequel featuring Hirschboeck himself reprising his original role.