Artificial intelligence could be used to detect heart disease from an eye scan, scientists say 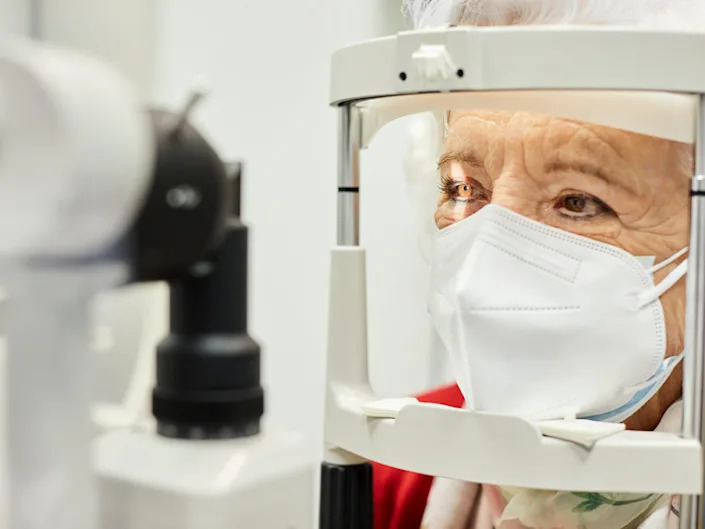 Eye scans could be used to predict the likelihood of a heart attack, scientists say.

AI that analyzes blood vessels could be used by opticians to screen for heart disease, they said.

Heart disease is the leading cause of death in the US, according to the CDC.

Artificial intelligence could detect early signs of heart disease during routine trips to an optician, a group of researchers has said.

A study, led by Leeds University and published in Nature Machine Intelligence Tuesday, found that a new AI system that examined eye scans was about 70% accurate at predicting a heart attack within the next 12 months, according to the researchers.

Currently, doctors estimate someone's risk of a heart attack in the next ten years using tools that take into account parameters such as age, gender, smoking history, cholesterol and blood pressure.

The use of AI with eye scans could help determine more accurately the risk of someone having a heart attack, allowing heart disease treatment to be started earlier, the study authors said.

Heart disease is the leading cause of death in the US, according to the Centers for Disease Control and Prevention. "Heart disease" refers to several types of heart conditions. The most common type of heart disease is coronary artery disease, which can lead to heart attack, the CDC says.

Alex Frangi, study lead author and a Turing Fellow at the Alan Turing Institute, said in a statement that the technique could revolutionize the screening of heart disease.

"Retinal scans are comparatively cheap and routinely used in many optician practices. As a result of automated screening, patients who are at high risk of becoming ill could be referred for specialist cardiac services," Frangi, the Diamond Jubilee Chair in Computational Medicine at Leeds University, said.

The new system uses images of the retina to estimate the size of one of the heart chambers, the left ventricle, and the blood pressure in it. It uses this information, combined with demographic data, to predict the likelihood of a heart attack within the next 12 months.

When someone develops heart disease, the left ventricle enlarges and its blood pressure – measured when the heart is relaxed – increases as the ventricle becomes a less efficient pump. These features are usually detected with investigations such as an electronic heart trace or a heart scan.

The researchers trained the AI system using retinal images and demographic data — such as gender, smoking and alcohol consumption — from more than 5,600 people, the study authors said. They excluded people with diabetes, a condition that also causes changes to blood vessels in the eye.

The study authors cautioned that the technique was "less powerful" in identifying heart attack risk in individuals with larger left ventricles and higher ventricular blood pressure. The models hadn't been trained for this and retinal images don't contain all the information about the heart, they said.

The method was also less accurate for people with age-related macular degeneration, a common eye condition when part of the retina gets damaged, they said.

Frangi told Insider that the data was acquired in "very realistic conditions", but it wasn't yet clear how well the technology would perform in a high-street optician.

"Those questions will need to be explored in a prospective trial once a pre-commercial prototype has been built and evaluated." he said, adding that it would also need to satisfy all required regulations.

The scientists will now look at genetic data to try to make the heart disease predictions more accurate, a "crucial step towards delivering personalized medicine", they said.