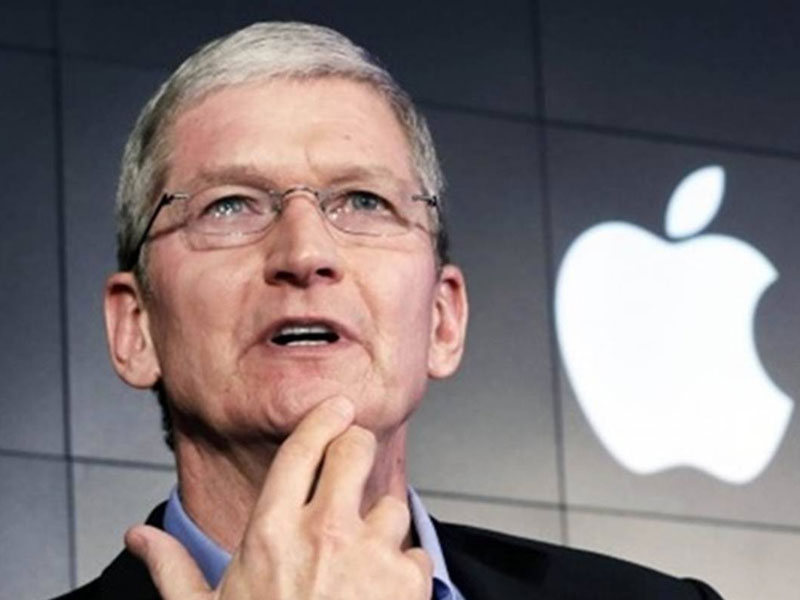 According to Bloomberg, the App Store makes over $20 billion every year, having a profit margin of more than 75%. (File image)

The legal battle ran for a year, and concluded with the orders issued by US District Judge Yvonne Gonzalez Rogers.

Apple vs Epic Games: Apple has received a seemingly major blow in its court battle with Fortnite-maker Epic Games. Cupertino has been ordered to change the way it generates money from the App Store in a major way. The ruling can cost Apple a dear portion of its $100 billion market for mobile games. On Friday, a Federal Judge ordered Apple to let mobile app developers use outside payment methods, hence granting an injunction that developer Epic Games Inc had sought. The legal battle ran for a year, and concluded, at least at this point, with the orders issued by US District Judge Yvonne Gonzalez Rogers.

The Judge’s orders have come when Apple has been facing pressure from across the globe to open its App Store to competition. At present, Apple charges a handsome commission of 30% on transactions that are conducted via its App Store, and as per its App Store policy, developers are mandated to use the App Store payment portal for all digital tokens sold on apps. According to Bloomberg, the App Store makes over $20 billion every year, having a profit margin of more than 75%.

Since Apple does not let developers use payment gateways outside of the App Store and also charges a 30% commission on it, this leads to a higher charge being levied to consumers. Accordingly, the Judge ruled that Cupertino was preventing consumers from getting cheaper prices, and was hence engaging in anticompetitve conduct.

While this is a major blow to Apple in terms of the revenues it earned from App Store developers, the ruling has come as more of a relief than anything else, objectively speaking.

Epic Games, which filed its suit after Apple banned Fortnite from the App Store for using a third-party payment gateway, had been aiming for a bigger blow to the iPhone-maker when it filed this antitrust case. However, that did not happen.

The Judge, while ordering Apple to allow outside payment methods, also ruled that App Store was not a monopoly and therefore, did not order Apple to allow third-party app stores to run on its devices.

This means that developers would still need to continue working with Apple to reach the iOS user base, and that might be a big ego to swallow, especially for Epic Games.

Cupertino issued a statement after the ruling, stating that the court had “affirmed” what the iPhone maker knew all along – “App Store is not in violation of antitrust law”. It said that the court recognised that “success is not illegal”.

Meanwhile, one would think that Epic Games would be happy that the actual cause of the lawsuit – the Apple policy that prevents developers from using third-party payment gateways – has been resolved and the injunction it sought has been granted. But Epic Games Founder and CEO Tim Sweeney is not happy with the result at all it seems, as he tweeted, “Today’s ruling isn’t a win for developers or for consumers. Epic is fighting for fair competition among in-app payment methods and app stores for a billion consumers.”

He further said, “Fortnite will return to the iOS App Store when and where Epic can offer in-app payment in fair competition with Apple in-app payment, passing along the savings to consumers.”

However, it is understandable that Epic is upset, since even though the issue had started with the issue of third-party payment, Epic turned it into a case where it sought to have its own marketplace within the App Store where players could purchase virtual goods seamlessly directly from Epic Games.

It was unlikely for that wish to be fulfilled from the beginning, though, since in a way, it is similar to what Epic had been objecting to in the first place.

In fact, the Judge also ruled that Apple only needed to give the consumers the option to either buy goods on the App Store or to leave the ecosystem to purchase the goods directly from the developers on the web. She said that Cupertino could continue to control the transactions on the App Store and could charge the 30% commission that it does.

In more bad news for Epic though, while the Judge granted an injunction, she also noted that Epic Games was in violation of its contract with Apple, and ordered the developer to pay a minimum of $4 million in damages.

During the legal battle, Apple left no stone unturned to prove that the reason it did not allow sideloading of apps on the phone was for the safety and privacy of users, which to an extent is also true. Cupertino had even thrown its precious Mac under the bus, saying that sideloading of apps on Mac left it more vulnerable than is acceptable to the company and it did not want the same to be true for the iPhone. It seems that Apple’s narrative of users’ privacy and devices’ safety being paramount to the company has paid off as Apple only got away with what seems to be a slap on the wrist after the long battle.