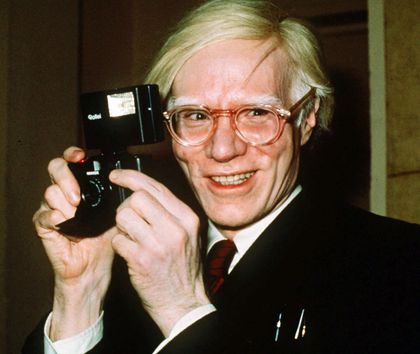 Ryan Murphy has produced a six-part documentary series about Andy Warhol that premieres on Netflix on March 9. And that’s great, right? If you’re interested in art, culture, or the American temperament, you’ll probably find something in “The Andy Warhol Diaries,” which is directed by Andrew Rossi. Among those interviewed: John Waters, Spike Lee, Rob Lowe, Julian Schnabel, and Debbie Harry.

But there’s a twist. The series has constructed Warhol’s voice with the help of artificial intelligence, and we will hear that voice reading passages from his diaries.

Beginning in 1976 until days before his death in 1987, Warhol dictated his diary entries on the phone to journalist Pat Hackett, and they were published in 1989. Despite his passive demeanor and private nature, the artist had plenty to say about his times, his work, love, fame, and the celebrities always surrounding him.

At this point in time, as deep fakery is coming of age, I’m finding it hard to get on board the AI-voice thing (which, we’re told, was used with the permission of the Andy Warhol Foundation). In the trailer, the snippet of AI-Andy sounds OK — a little stiff, but not offputtingly so. Still, I think I’d rather hear an actor’s voice reading Warhol’s words. I’m looking forward to seeing how AI-Andy will sound at length.

In Entertainment Weekly, Rossi says he feels that the AI voice is a nice thematic accent to Warhol’s desire “to be a machine” in his life and in his artistic practice. Rossi says he worked with an AI company to create a text-to-speech algorithm that would use Warhol’s Pittsburgh accent and cadence. He then had actor Bill Irwin record the lines, and those readings were combined with the digital voice.