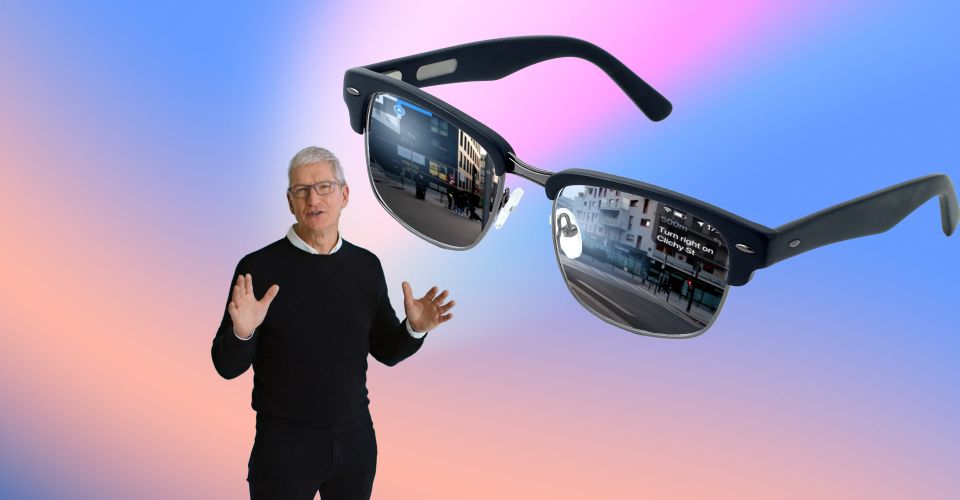 Apple Glass isn't real, at least not yet, but you might not know that after watching an amazing concept video of how Apple's augmented reality glasses could work. While many demonstrations have been eye-catching with visual effects that are amusing and quickly forgotten, the goal is to create something incredibly practical to enhance everyday life.

Apple seems to think AR will be the next big thing and most other major technology companies agree. Google, Microsoft, Facebook, and Snap are just a few of the major players, each having launched actual AR glasses or headsets with limited success. Apple usually takes a different approach, testing internally and entering an established market with a strong product that solves existing problems. Various leaks point to 2022 as being the year Apple's first AR headset is set to be announced, and it should be an exciting product.

RELATED:Snap Might Let You Control The AR Experience With Your Mind

A recent YouTube concept video, created by the Hacker 34, gives a fairly accurate representation of what it might be like to wear the AR glasses that Apple is rumored to be developing. Showing a first-person perspective, the user interface is simulated and aligns with current Apple technology and how it might be expected to work based on Apple patent documents. Spoken Siri commands and hand gestures are used to interact with the device, providing an excellent visualization of how Apple's realityOS or rOS could work. This is the presumed name of the operating system for Apple's augmented and virtual reality headset that's expected to be announced, or perhaps previewed, this year with the final Apple Glass product taking a few more years.

Continuity features are a big part of the Apple ecosystem and this is represented well in the video with AirPods being found with the help of an AR alert that one was left behind and providing distance to the missing earbud. Identifying the battery level of an iPhone, AirPods, and MacBook with a Siri command is a cool and convenient idea. Even more impressive is the use of AR glasses to extend a MacBook's screen with virtual windows that float on either side of the real screen. This is a bit like using Sidecar or Universal Control to use an iPad as a second display for a Mac.

Clearly, walking or driving directions that seemingly float in the air like a proper heads-up display would be among the most useful AR features and the video reveals what this might look like. Going a step further is the potential for Apple Glass to look out for its owner's safety with an alert of a rapidly approaching vehicle when attempting to cross the road. While this clever concept video is a bit futuristic, at the same time it imagines wearing Apple Glass in a way that seems quite realistic and true to how Apple could implement this technology.