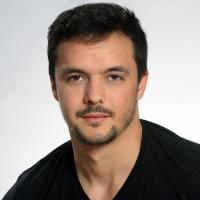 If there is one thing we can expect from 2022, it’s that banks will continue to size up the blockchain space, the same space they were once so eager to avoid. Another seeming inevitability is that the blockchain ecosystem will continue to grow, with more tokens, projects, and services taking off. Put two and two together, and you get dozens—dozens of Blockchain Innovation Officers and CIOs about to learn what a circus the scene sometimes is. Here’s how to make sure they don’t waste their time.

While the blockchain ecosystem was once seen as the digital iteration of the Wild West, the vast frontier where almost anything goes, things are now somewhat different. Times are changing, and the industry is now more benign and welcoming to regulation. It is still vast, though, with over 7,000 cryptocurrencies out there. And that’s not to mention that not every project launches its own coin.

Furthermore, not all coins are made equal. While some of them come equipped with a vision and utility, if not to say purpose, others have little to offer other than a tokenomics model presumably supposed to them to the Moon. The industry embraces the open-source design, which helps it move forward through contributions from thousands of talents, but there is a flip side too. It’s easy for developers to fork, or replicate, a popular project, slap an underhanded new function on it along with new branding, and go live to make a quick profit.

This brings a whole new dimension that decision-makers exploring the crypto space have to consider—some of its segments are driven by virality more than anything else. As an example, in early 2021, Dogecoin, a meme coin featuring an Internet-famous dog as its symbol, shot up, becoming one of the most popular cryptocurrencies. Other dev teams saw an opportunity, launched more Shiba Inu-themed coins, and now, there are probably more dogs on CoinMarketCap than in your neighborhood shelter—and some of those dogs bite hard. Squid Coin, a scam that cost its backers $3.38 million by playing off the popular South Korean show on Netflix, is another good example of how virality can get the better of investors.

These examples also reveal one of the many questions before banks looking to delve into crypto—what assets do they want to open up for their clients? After all, despite its eventual plummet, Dogecoin did make some of its investors rich. Or, maybe, it’s best to stick to the biggest and most well-established coins? All of that is just the tip of the iceberg.

The first and biggest question that a bank’s decision-makers must answer when formulating their blockchain strategy is deceptively simple—how far do they want to go? Should they just give customers access to the top five most popular coins to buy and sell? Or is it an all-out advance, with access to native staking, DeFi, and everything else that blockchain has to offer? This decision is central to everything that follows, and a clear-cut objective will be of much help.

Another question, linked to the previous one in many ways, is how much risk the bank has an appetite for. This is also a crucial piece of the puzzle, because, as we already saw, the crypto space is full of assets and services offering all sorts of risk-to-reward profiles. Banks stand more to lose from any unfortunate incident than a young crypto-native company, and they must act with a full realization of how much damage they can take if something goes wrong.

The final early question is the custodial model the bank will adopt. Custody, or the ability to hold and move crypto assets on clients’ behalf, is the foundation enabling banks to offer any sort of crypto service. Ultimately, the choice here is between sub-custody, or outsourcing custody to a third-party specialist contractor, and self-custody, where the bank takes on the task itself. Both options are viable, and the optimal choice very heavily depends on the bank’s objective and risk profile.

While an in-depth discussion of both options would require another article, the rule of thumb is that sub-custody is quicker to do, but entails a range of limitations, as any services the bank wants to offer will depend on the partner’s capabilities. It also brings third-party risks into the picture. Self-custody takes some more understanding of the operational theater and can require more time to implement, but offers banks significantly more versatility and control over their own services portfolio.

Stairway to the Moon

Once the fundamentals are out of the way, banks will have to delve into the specifics of any concrete service they want to offer. Nevertheless, the crypto space has long worked out a few parameters to look at—and red flags to avoid.

When it comes to listing coins for clients to buy and sell, banks must first and foremost look at their risk profile. Bitcoin may offer a completely different risk level from Whatevercoin that only launched yesterday, but the latter may hypothetically replicate Dogecoin’s dramatic growth, offering clients the prospect of considerable gains, unless it happens to be a scam, which is also a possibility. To avoid those when picking new coins to add, banks should stick to the following principles:

The higher market capitalization, the better. A high market cap suggests a large and active investor and user base behind a product. This means not just that many believe it to be safe and legitimate, but also that it has been extensively tested by all those using it prior to the integration with the bank.

Security by seniority. Older projects, especially those with a high market cap, tend to be more secure and battle-tested. Their value makes them a lucrative target for hackers, and the more time malicious actors have had to try (and, ideally, fail) to compromise it, the stronger was the initial design. This goes for both layer-1 and layer-2 protocols.

Dig into details. Different coins come equipped with different degrees of utility and versatility. Some of them support DeFi, others feature robust native staking, others are even more versatile. Banks must make sure to seek out the coins with the functions that fit into their overall strategy.

Banks must also make sure to check the developer teams behind the projects they want to onboard. Legitimate devs are usually in the open, for example, while scammers generally prefer anonymity and shadows. A whitepaper is also often a good indicator of just how serious the project is. A good one must make sure to give a good indication of how feasible the underlying technology is, not just through declarative statements, but through actual research and tests. Another thing to search for in it is just how comparative it is compared to thousands of other projects: If it really is doing something new, it may be a better pick than its rivals. Finally, a whitepaper also reveals how thorough the contributors are. Grammatical errors are a red flag—yes, seriously. They reveal the amount of polish that the developers have the patience to put into a cornerstone strategic document, and if that's lacking, it’s rather telling.

If a whitepaper gives banks a chance to review the ideas and theoretical fundamentals behind a specific project, the next step, at least with open-source projects, is reviewing the practical implementation. A code audit is another important piece of the puzzle, and this is where the open-source spirit of the crypto world comes in handy. Most projects tend to keep their source code on GitHub, open for researchers to review. To get a good sense of whether to proceed with the integration or not, banks would be wise to get the project audited by a seasoned third-party team.

With the audit done, another major pre-launch step is testing. In this respect, banks must get accustomed to using testnets, twins of the regular blockchains specifically set up as testing environments. All solid DeFi protocols go through the testnet stage in development, and their testnet versions usually get all the latest updates first. As such, testnets make for a great environment for banks to get a sense of what they stand to gain from an integration before moving on with it.

While offering banks a whole plethora of new opportunities and revenue streams, the blockchain ecosystem does require some scouting before a successful takeoff. Nevertheless, by getting their priorities straight off the bat and putting their strategy on the right foundation, banks can explore it on their own terms and at their own pace, offering their clients the best possible service and making the most of the prospects at hand.